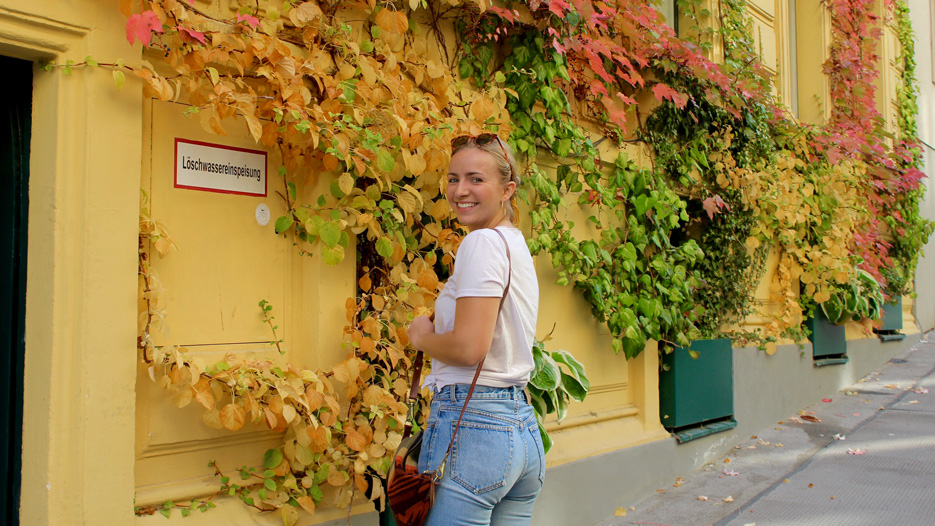 I spent a lot of time daydreaming during my senior year of high school. Where would I be in the fall? What would my first semester of college be like? Would I change? Who would I become?

One thing was certain: I was going abroad as part of Skidmore’s First-Year Experience in London program (FYE London).

It’s probably no surprise that FYE London has ample potential for surprises. But as I left the country in August, from my quiet town outside Boston, I had no idea how much I’d learn from the adventures and discoveries that awaited me.

My first surprise was small.

As I settled in for my first night in my new room, I learned that I had a front row seat to the London sunset. My roommate Olivia and I would race home from our classes every evening to watch the sunset together. Each time, we’d marvel over the lights that slowly flickered across the city. It was a little gift that was exceptionally beautiful. 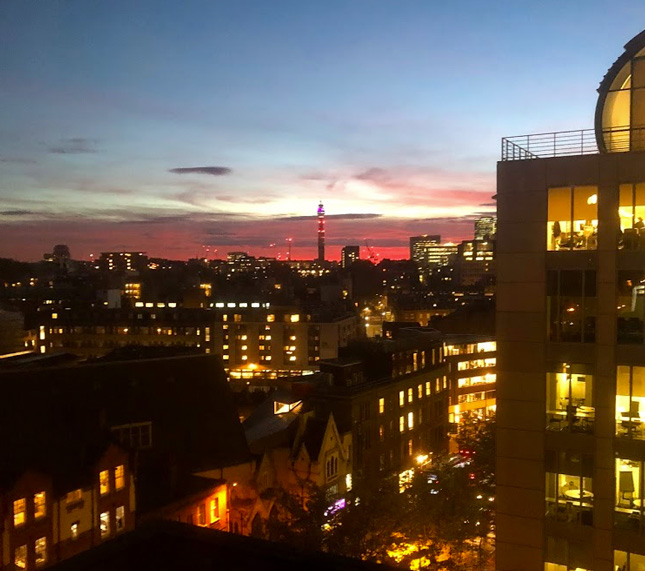 One of the many London sunsets I watched from my room.

Other surprises were life-sized.

One day, while exploring markets in West London, I turned a corner and was awestruck — there on the wall was original graffiti art by Banksy. Then, on another day, it happened again. But this time it was a piece by Stik that I thought I’d only ever see on a postcard. It happened again and again.

Iconic sculptures and famous installations side by side with pop-up displays and graffiti would often surprise us, each time inspiring us to pause, remember or consider a new idea.

"The Graffiti Painter" by Banksy is on the corner of Acklam and Portabello Road in London's Notting Hill neighborhood. 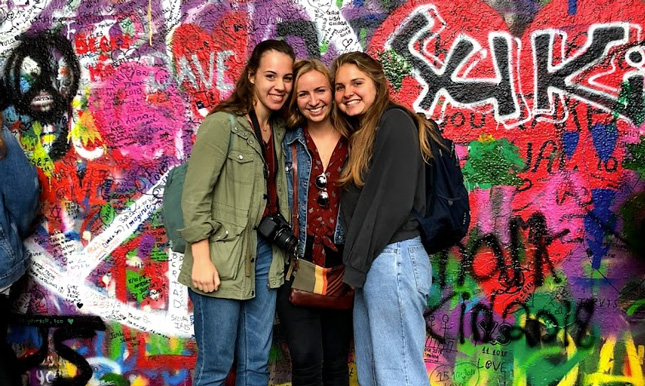 Leanne (left), myself and Franca (right) in front of the famous Lennon Wall in Prague.

A few surprises may only happen once in a lifetime.

While exploring the streets of Vienna with a friend, we were surprised by a massive Oktoberfest. Although we went without dirndl, we had a great time soaking in the culture and festivity. We made Viennese friends and tried to find a way to remember the feeling of sitting atop a Ferris wheel with a private panoramic view of Vienna. 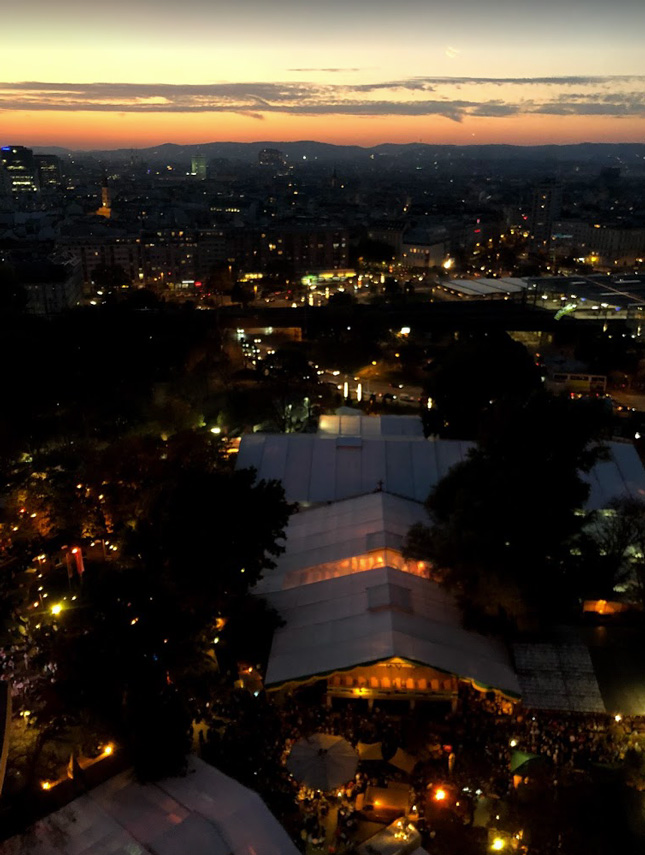 Our view from the Ferris wheel over Oktoberfest in Vienna.

Some surprises were more fun in retrospect.

I felt a new sense of surprise at a Budapest train station waiting for a train to Prague. Watching the clock and wondering where the train was, we suddenly realized we were at the wrong station.

Thankfully, with the help of a heavy-footed cab driver, we made it with 30 seconds to spare. Call it a surprise or just adrenaline, it was nearly impossible to fall asleep that night in our triple-decker-train bunk beds as we zipped across Europe. 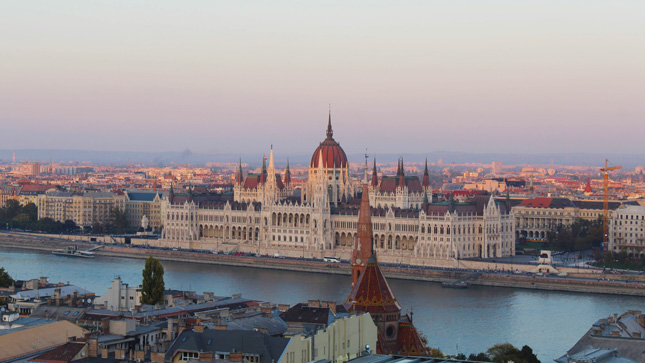 Looking over the Danube to the Hungarian Parliament building in Budapest. 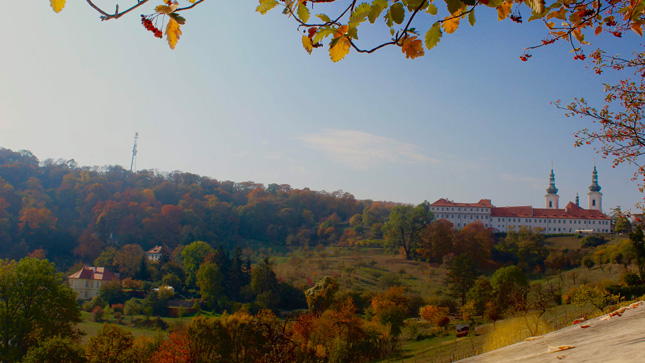 The Strahov Monastery in Prague (it was founded in 1143!).

The best surprises interrupted the mundane.

By the end of our semester abroad, navigating the Tube, London’s underground system, was second nature and uneventful. But we should have known better than to rest on our laurels.

One evening, as we got off at King’s Cross station, we were surprised by something new — a piano smack in the middle of the station. Was it meant to be? Well, my friend Richard likes to play piano and I like to sing, so we took it as a sign to initiate our own miniconcert.

It wasn’t that anyone paid attention to us belting under fluorescent lights and competing with the brakes of the trains pulling into the station, it was the spontaneity of the event that cemented the surprise in memory.

And now as I sit at home, I can’t recall what we did earlier that night or what we went to do after, but the feeling of our miniconcert has stuck. 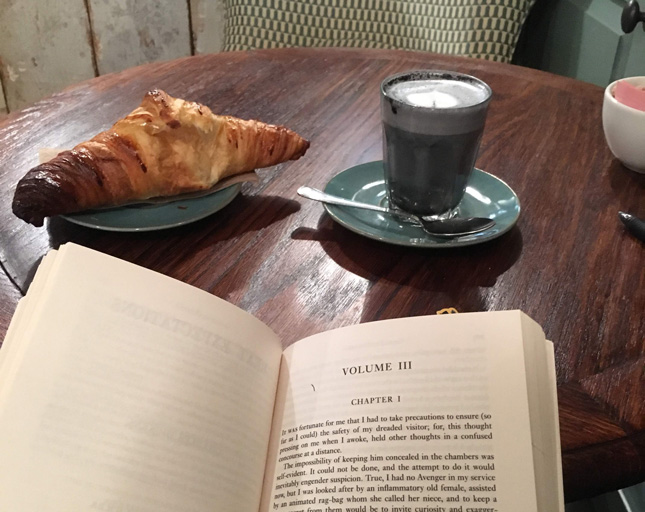 What most of my homework looked like. Not too shabby!

Each surprise was a gift.

Usually, we experience surprises as presents on birthdays or holidays, wrapped in paper with a bow on top. Sometimes it’s not what we expected; nonetheless, the surprise is still a gift.

My first semester in London had surprises every day. Although they weren’t wrapped in paper and bows, I know now that they were gifts. 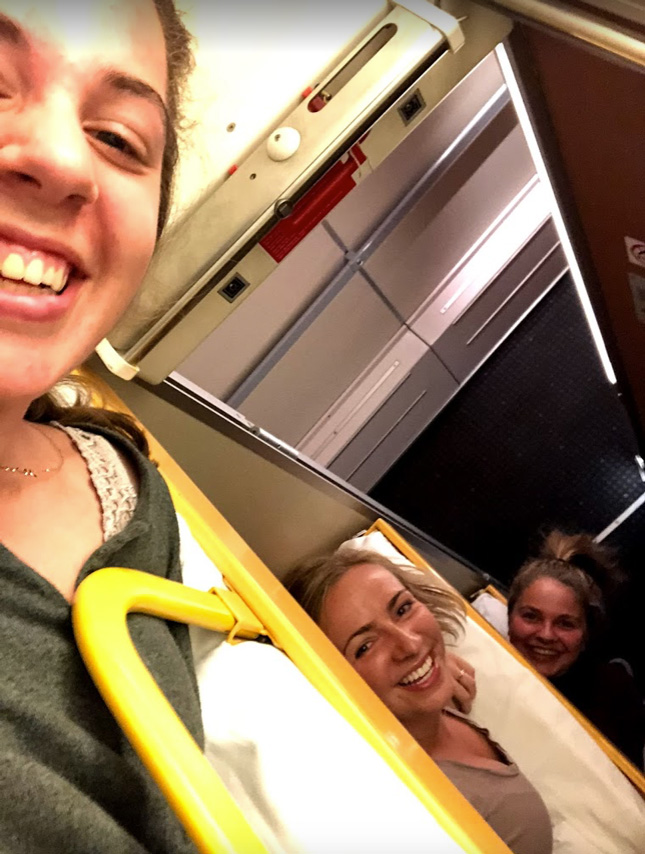 Who better to share a gift with than two great friends in triple-decker-train bunk beds! 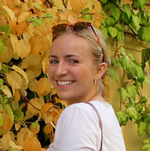 Heidi Birch, from Brookline, Massachusetts, is a sophomore interested in studio art and Spanish at Skidmore. She spent her first semester in London and is using her new exploration skills to try different clubs and tour the Saratoga Springs region.