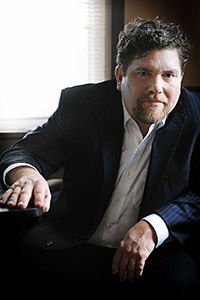 Fall 2022 Office Hours:
Via Zoom, or Mondays/Wednesdays by appointment.

David Andrew Snider has more than 25 years of experience as a director, educator, producer and administrator. Currently the Executive & Artistic Director of the Hubbard Hall Center for the Arts and Education in Cambridge, NY, he has launched several new artistic and education programs on the campus of Hubbard Hall while also greatly expanding the company’s outreach to the community. David has led the Board of Directors through a new strategic planning process aimed at growing the company’s staff, fundraising, marketing and administrative systems to better support its mission delivery over the next two years while increasing the company’s annual budget by 25% in his first year.

Prior to taking the helm at Hubbard Hall, David served as the Director of Artistic Programming at Arena Stage at the Mead Center for American Theater in Washington, DC from 2012-2014, planning and producing some of the most ambitious and daring work seen there in over 15 years, according to The Washington Post (“Arena Stage plans ambitious season full of big names,” Peter Marks, January 2013).  David also directed the National Civil War Project at Arena Stage from 2012-2014, a dynamic collaboration across four major theaters, cities and universities to study and create new work based on the American Civil War, involving Arena Stage and George Washington University in Washington, DC, American Repertory Theater and Harvard University in Boston, CENTER Stage and the University of Maryland in Baltimore, and Alliance Theater and Emory University in Atlanta. During his tenure at Arena Stage, David also created several new works programs for local artists, including the Playwrights’ Arena and the Kogod Cradle Series, while also commissioning and managing the residencies for dozens of world-class playwrights, including Katori Hall, Samuel D. Hunter, Karen Zacarias, Lynn Nottage, David Lyndsey-Abaire, and David Henry-Hwang.

David served as the Producing Artistic Director and CEO of Young Playwrights’ Theater (YPT) from 2005-2012. Under his leadership, YPT was awarded commissions from the White House, the Kennedy Center and the Smithsonian Institution while establishing a resident company and an advisory panel of nationally recognized playwrights.

David has received the Meyer Foundation’s $100,000 Exponent Award for visionary leadership of a nonprofit, the National Arts and the Humanities Youth Program Award from the President’s Committee on the Arts and the Humanities, presented by First Lady Michelle Obama in a private White House ceremony, and the Hands On Greater DC Cares’ Essence of Leadership Award. David is a Directing Fellow of the Drama League of New York, a past President of the League of Washington Theatres, a member of Leadership Greater Washington and member of the National Arts Strategies Chief Executive Program, an international think tank of arts leaders.  He has served on grants panels for the New York State Council on the Arts (co-chair of Theatre panels in 2018), ART/NY, the US Department of Education, and the President’s Committee on the Arts and the Humanities.