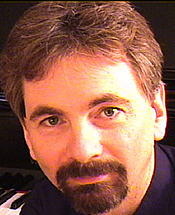 During his college career, Holland worked as conductor and performer for The Cleveland Civic Light Opera Company in Cleveland, Ohio. During this same period he garnered much experience as a guest conductor for such groups as the Baldwin-Wallace Annual International Bach Festival and "Reconnaissance", a chamber group specializing in contemporary music. In addition to his work in conducting, he has appeared in many vocal performances in both choral and solo capacity. He has performed as counter-tenor soloist for the Bethesda Schola Cantorum and has given numerous performances with "Opera Excelsior", an opera troupe centered in the up-state New York region of the U.S.. Holland made his international singing debut in Darmstad, Germany in the summer of 1990 and most recently was a featured soloist with the Czech Republic's "Praha Musica Antiqua" in Telc, Czech Republic (1996).

Since 1982 Holland has been an Associate Professor of Music at Skidmore College in Saratoga Springs, New York. Director of the Electronic Music facilities at Skidmore College, Holland also serves as Skidmore's orchestral conductor. In 1988, Holland was Visiting Composer at Stanford University's Center for Computer Research in Music and Acoustics (CCRMA). Holland's works have been performed live and broadcast on radio across the United States, South America, western and eastern europe and in China. His works are published by Zalo, Southern Music and Cimarron Music. In 1991, Albany Records released a Compact Disc of his work "Three Poems Without Words" which has received international critical acclaim. In 1997, Albany Records released an entire CD devoted to the compositions of Anthony Holland. This CD included his critically successful concertos for piccolo and violin. Holland has won numerous awards and grants including several from Meet The Composer, the New England Foundation for the Arts, the Massachusetts Cultural Council, the W. M. Keck Foundation and the National Endowment for the Arts.

I have a number of interesting hobbies. Well, at least I think they are interesting. As you can see from the photo below, I very much enjoy traveling and most of my hobbies usually involve some form of travel. [If anybody from the I.R.S. is reading this, you'll also note that most of my travel is PRIMARILY for business reasons!]. I've seen a fair amount of the U.S. as well as western and central Europe. I spend a fair amount of time travelling in the Czech and Slovak Republics and have received a number of commissions from performers in those countries. 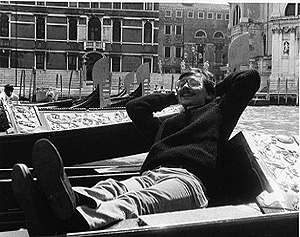 Anthony Holland relaxes in a gondola on the canals of Venice

About to dive the wreck
of the Chester Polling
off the New England
coast (depth 90+ feet,
water temp. 53
degrees F.)

My other hobbies "feed off" my love of travelling. SCUBA DIVING, for example, is one of my great loves. Sometime soon, I'll start posting my descriptions of dive trips I've been on. I've had the great opportunity to dive among the schooling hammerhead sharks of the Sea of Cortez in Mexico, after that, nothing much in life bothered me too much(!) The greatest dive locations in the world seem to be either in the Carribean or at the Breat Barrier Reef (GBR) in Australia. I'm slowly building up my dive resume until I have the confidence to dive two weeks on the GBR. Meanwhile, COZUMEL is probably my favorite dive spot in this hemisphere. If you haven't been there, and you are a diver.......you've just got to go!!

My dive certifications include: Advanced PADI Openwater & Senior SSI diver. I've seen some pretty wild stuff....including last summer when my dive buddy came up in Lake George and was paralyzed by the bends (he's about 99% recovered since then). That's when I learned that upstate NY is NOT a good place to get the bends!!!!! (long trip to the chamber in NYC !)

Little known historical fact: Here I am doing my share to help beat down the Berlin Wall just a few months after the official opening of "THE WALL".

Here I am (center) meeting composer
John Cage (right) at the very last time
he was in Darmstadt, Germany

Related to my love of travel, I have always been interested in meeting other composers, dead or alive. The photo above, for example, is during a musical trip to Italy, when I took a brief time out to visit the grave of Igor Stravinsky on the cemetery island of San Michele, and some years before that I had some fun while in Paris, when I looked up the telephone number of the great French composer and organist Jean Langlais, phoned, and the next day spent several hours listening to him improvise and discussing the world of music. It was a thrill for me.

For a brief time I had little fun skydiving, but I thought that was just a bit too risky, so I took up fencing (weapons: foil and sabre). I managed to win a meet in college, of which I'm quite proud (1st place men's foil division), and the fencing seemed to go hand in hand with my conducting work (watch out horns!). I'm hoping to start up fencing again someday soon, its something nice to do in winter, when the local lakes are frozen over (forget it, I'm NOT an ice diver!).