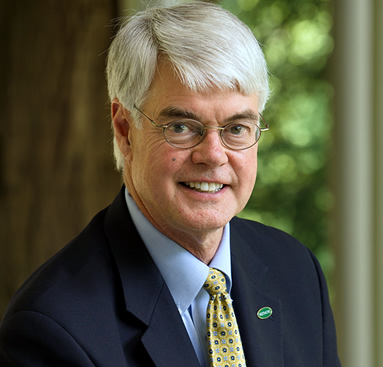 Philip A. Glotzbach and Marie B. Glotzbach joined the Skidmore community in July 2003. Since that time, President Glotzbach has overseen a range of initiatives that have enhanced both the College’s academic offerings and physical landscape.

During Glotzbach’s tenure, the College has added new academic programs, instituted a new first-year experience, greatly increased both the academic strength and diversity of the student body, significantly enhanced the College’s commitment to financial aid, and opened a number of impressive new facilities that have increased the vitality of the College’s living-learning environment.  In addition, Skidmore has made major strides in sustainability, including significant investments in geothermal heating and cooling and solar energy. Throughout this time, President Glotzbach has placed major emphasis on building and sustaining a campus educational community based on respect and a commitment to excellence. This work has been guided by two strategic plans: Engaged Liberal Learning: The Plan for Skidmore 2005–15, and Creating Pathways to Excellence: The Plan for Skidmore College 2015–2025. 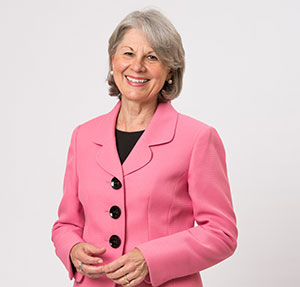 On the fundraising side, Phil and Marie Glotzbach headed Skidmore’s most ambitious fundraising campaign in its history—Creative Thought Bold Promise—that concluded in 2010 by raising $216.5 million. And now under their leadership Skidmore has begun its next campaign, Creating Our Future: The Campaign for Skidmore, which will include among its priorities the creation of a groundbreaking Center for Integrated Sciences and increased endowment support for financial aid.

President Glotzbach is an articulate spokesperson on the issue of science literacy within a liberal arts education and is leading the charge at Skidmore for exciting new initiatives in science education. He also has lectured on effective academic administration and the deep connection between liberal education and responsible citizenship.

Marie Glotzbach’s leadership role at the College includes initiatives to forge stronger ties to the Saratoga Springs community. In addition to teaching in Skidmore’s Theater Department, she helped launch Saratoga Reads! and was a leading force in creating SaratogaArtsFest. On behalf of the President’s Office, she started and continues to lead Skidmore Cares, a project that engages the Skidmore community in aiding local charities and schools each December. Marie has been honored by the Saratoga Springs Rotary Foundation for her community service and by Saratoga Arts for her leadership in the region, was named one of the top 10 “Women of Influence” by the Saratoga Today newspaper, and she currently serves on the Wesley Community Board of Directors.