"I was worried that it would be hard at first to communicate with people from so many new places, because I'm a bit shy," said England native Adam Nash '20 when he arrived on campus for first-year orientation. He's the first member of his family to attend college or to seriously venture abroad.

He was one of 70 incoming international students who participated in a pre-orientation that included a hike in the Adirondack Mountains. Everything looked and felt new to him, but he says he quickly "made so many friends, because everybody here is really open and willing to talk."

For all new students, Opening Convocation served as a formal induction into the Skidmore community, and Mary Lou Bates, the enrollment VP, shared a few tidbits of what the incomers bring to the party:

Seeing herself on screen is still "a surreal experience" for Zazie Beetz '13. She's now starring in the new and much-anticipated FX series Atlanta, written and produced by Donald Glover. The comedy revolves around cousins Earn (Glover) and Alfred (Brian Tyree Henry), who are trying to gain traction in the Atlanta music scene. Beetz plays Vanessa, Earn's on-again-off-again girlfriend.

She has also appeared in the Netflix series Easy, as well as Love & Pipes, Tied Up, Tied Down, and Slice, but she says her role in Atlanta "has received the most buzz" even before the premiere. She says, "This is definitely a project bigger than myself, even though it does still feel intimate."

In her freshman year, Beetz recalls, she was cast in a mainstage theater department production, "and I felt so honored!" She earned her degree in French and studied in Paris, but she spent a lot of time on Skidmore's stages. To this day, when she's fighting through her nerves at auditions—such as while reading with Glover—she admits, "I still use my 'ha-ha' breaths. Anyone who has taken Kate Kelly Bouchard's class at Skidmore will know what I mean!"

At the renowned Mt. Sinai Hospital, Sara Brandt '14 and Ben Glicksberg '10 discuss their neuroscience, genetics, and bioinformatics research, and how well Skidmore prepared them for their work. [more on the sciences] 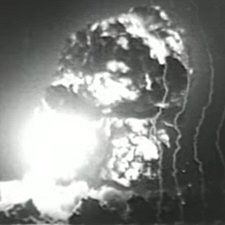 The Tang Museum's current "Elevator Music" installation is Political Echo Chamber, a video loop of American campaign ads from the 1950s to now. Helping to curate were Skidmore political scientist Chris Mann, Henry Jaffe '18, and Chloe Singer '18, who made this trailer video. 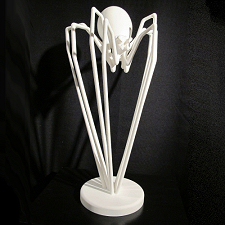 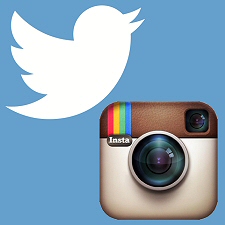 New students shared their move-in day on social media, and alumni are invited to join by posting their own move-in memories, using #Skidmore on Twitter or Instagram. 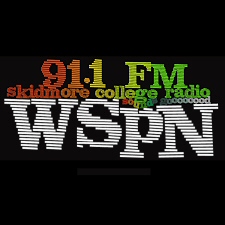 WSPN then and now

Creative and eclectic, WSPN-FM is one of the few college radio stations run entirely by a student board. It has enlisted a few local-community DJs (like the "Polka Magic" guys) along with students, and several SPN alumni are now working in radio. 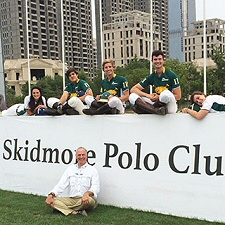 "Quick, smart, and gorgeous" describes the horses, and the humans, at a world-class polo club in China, where Skidmore students played this summer. Their trip to the elite US and UK college tournament was made possible by some devoted polo alumni. 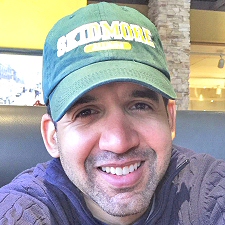 Scope Monthly needs readers' ideas and feedback, in a short survey. The first five responders, if they fill in their names, will win Skidmore hats or shirts! (The first winner last time was Tony Llano '97—enjoying his swag, above.) [take survey]

Misperceptions about the liberal arts, the rising demand for graduate degrees, and what makes Skidmore distinctive are all part of a frank discussion in Skidmore's podcast series. (Twelve other podcasts with alumni, students, and professors round out season 1.) 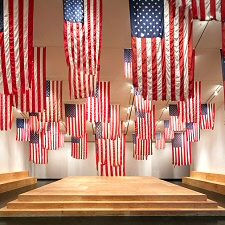 Click in the green bar to see events by day or week. 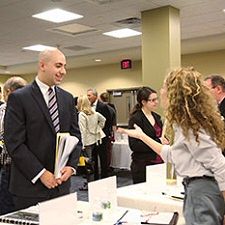 Skidmore golfers finished second at the Lake Placid Club Invitational, behind host Middlebury. The men's soccer team shut out SUNY-Maritime, while the women fell to top-rated Williams. All sports are on Twitter. 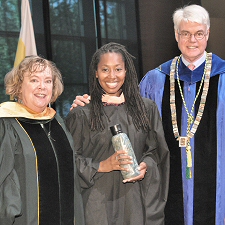 Now is the time (until Nov. 4) to nominate alumni for recognition awards and also for positions on the alumni board. Alumni in class years ending with 2 and 7 are especially urged to nominate classmates for distinguished achievement or outstanding service awards. 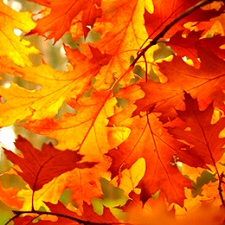 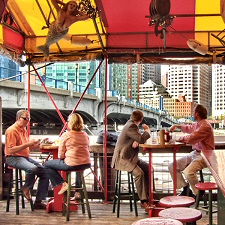 This month, alumni are hosting welcomes for new grads in Boston, New York City, and Washington, D.C. There are cocktails in Santa Fe and apple-picking outside Boston. Also coming to New York: a lecture by Prof. Sheldon Solomon and a talk on investment strategies by expert (and Skidmore parent) Ed Wachenheim. 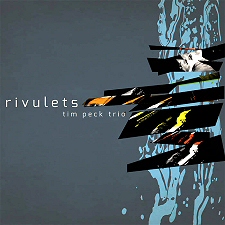 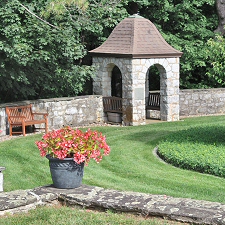