Franzen to give Oct. 3 Steloff Lecture 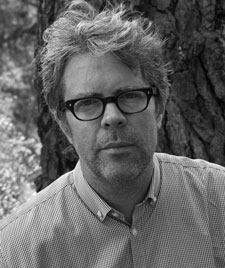 Critically acclaimed novelist Jonathan Franzen will deliver this fall’s Frances Steloff Lecture at Skidmore at 8 p.m. Thursday, Oct. 3. The reading and discussion, titled “Jonathan Franzen: The Novel and the World,” will be in Gannett Auditorium of Palamountain Hall. Admission is free and open to the public.

The program will include the awarding of an honorary doctorate to Franzen; a book signing by the author will follow the formal program. Franzen’s books will be available for sale.

His debut novel was The Twenty-Seventh City, his second novel Strong Motion. But he was widely hailed as a major voice in American fiction with the publication of his 2001 novel, The Corrections, which won many prizes, including the National Book Award, and stirred considerable debate on the merits and prospects of the social novel.

Franzen’s most recent novel, Freedom, published in 2010, was widely praised and led to Franzen’s appearance on the cover of Time magazine alongside the headline “Great American Novelist.” In The New York Times Book Review, Sam Tanenhaus wrote: “Jonathan Franzen’s new novel, Freedom, like his previous one, The Corrections, is a masterpiece of American fiction….Freedom is a still richer and deeper work—less glittering on its surface but more confident in its method…Like all great novels, Franzen’s does not just tell an engrossing story. It illuminates, through the steady radiance of its author’s profound moral intelligence, the world we thought we knew.”

His newest book, The Kraus Project (Farrar, Straus and Giroux), is scheduled for an Oct. 1 release.

Franzen has also written essays—for The New Yorker, Harper’s and other magazines—on a great many different subjects, taking on everything from Twitter and e-books to the disintegration of Europe and the self-destruction of the United States. A number of his essays are collected in the volumes How To Be Alone and Farther Away. His 2006 memoir is titled The Discomfort Zone.

Skidmore presents StartUp Skidmore
The Feb. 17-19 workshop and competition — open to all Skidmore students from all majors — will enable participants to fine-tune their business pitches and develop a prototype for their own creative products and ideas.
END_OF_DOCUMENT_TOKEN_TO_BE_REPLACED
Jan 20 2023

Four seasons of Skidmore: 2022 in review
2022 saw the return of many beloved traditions to campus and marked the start of a yearlong celebration of the College’s Centennial, giving us all reason to pause and reflect on Skidmore’s past, present, and future.
END_OF_DOCUMENT_TOKEN_TO_BE_REPLACED
Dec 15 2022
More News