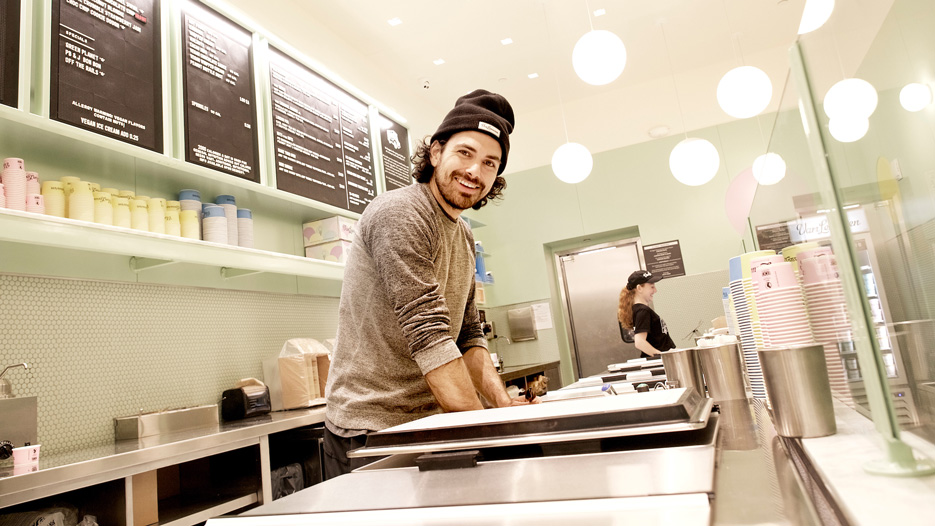 In 2008, Van Leeuwen Artisan Ice Cream was launched out of a buttery yellow truck on the streets of New York City. Today, thanks to the company’s first round of venture-capital financing, you’ll see the Van Leeuwen name in nearly every state, including in Whole Foods and other grocers as well as 22 scoop shops in New York, New Jersey and Los Angeles.

Initially Ben Van Leeuwen ’07 and his colleagues were ice cream purists, making only elegant, simple flavors like Honeycomb and Earl Grey Tea. A few years in, they realized customers were clamoring for chunks of cakes and cookies. No matter the flavor, every scoop — even if it’s vegan — is done “the Van Leeuwen way … in-house with the best possible ingredients,” says Van Leeuwen. 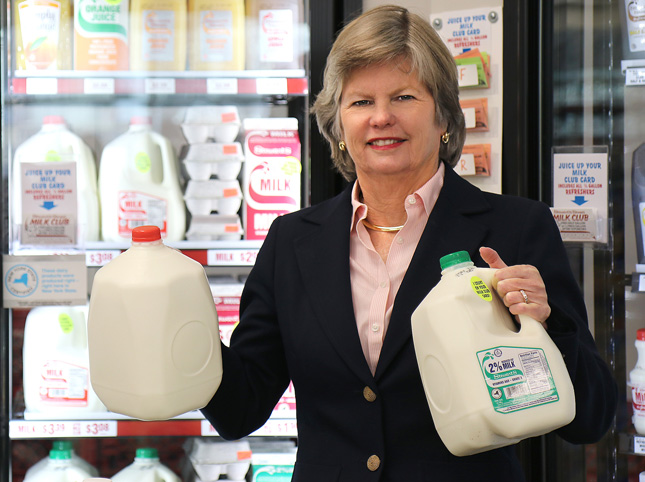 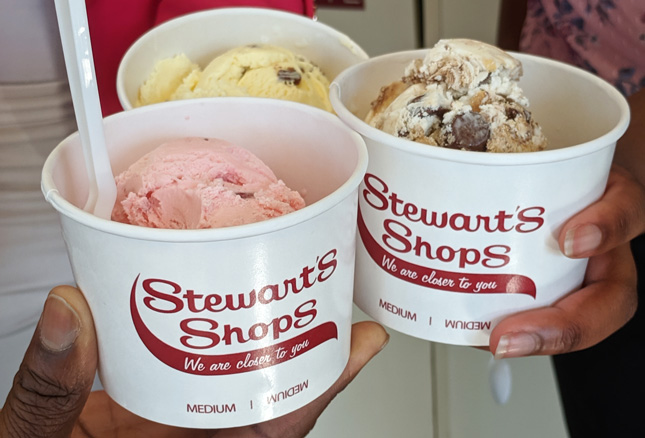 “You’re a true Saratogian after you’ve made your first Stewart’s run.” That’s what a current student wrote in a recent Life at Skidmore story.

In addition to the 55 Stewart’s Shops in and around Skidmore, there are nearly 300 throughout upstate New York. The one-stop-shop is a regional icon that can transform based on your needs — one day it’s a diner or pizza place, others it’s gas station or café. For many customers, it’s a destination ice cream parlor.

While the award-winning flavors — more than 60 in all — are enough reason to visit, many are drawn in by the welcoming atmosphere cultivated by the philanthropic efforts of the Stewart’s Foundation, overseen by Susan Law Dake ’71.

When she’s not out and about making the community a better place, you might catch this alumna enjoying an ice cream cone. “It’s my favorite product, of course,” she says. “I love chocolate peanut butter cup, but also mint cookie crumble!” 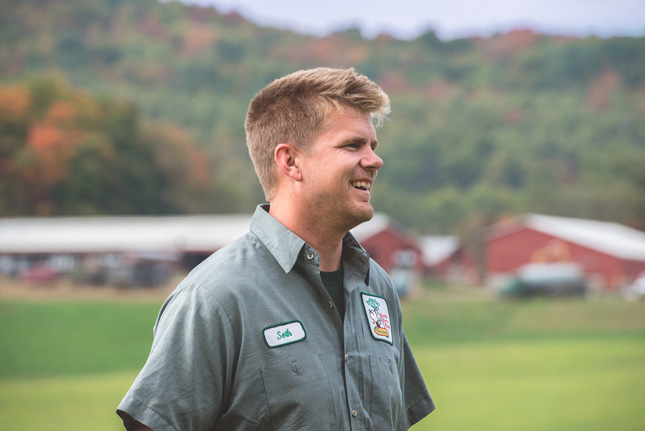 If you’ve been to any of the more than 1,000 high-end coffee shops and restaurants in and around New York City, you might be familiar with Battenkill Valley Creamery. The popular bottled milk and half-and-half comes from an Upstate New York farm not too far from Skidmore that’s co-owned by Seth McEachron ’04.

Among the farm’s many accolades is being twice rated No. 1 Highest Quality Milk in the state by Cornell University’s Department of Food. But here’s a (well known) secret: take award-winning milk, add a zest of creativity and you get some extra tasty ice cream.

“Business in general is survival of the fittest,” says Seth McEachron ’04 co-owner of Battenkill Valley Creamery. “You’ve got to be creative — come up with different ways of doing something, or a new product, or try to figure out how to make your product differentiated.”

And that’s exactly what McEachron did when Battenkill opened its ice cream parlor at its Creamery Store in Salem, New York, and began selling ice cream wholesale to regional grocers, shops and restaurants.

What do Skidmore grads do after graduation? Read more alumni profiles and career stories in Creative Thought Works.

Skidmore honors graduates during live Commencement
Skidmore conferred 647 degrees in a live, virtual Commencement ceremony on Saturday, May 30.
END_OF_DOCUMENT_TOKEN_TO_BE_REPLACED
May 30 2020

Congratulations to the Class of 2020
Economics, history and psychology professors, deans, advisers, administrative assistants and even Doodles the dog send their best wishes to graduates.
END_OF_DOCUMENT_TOKEN_TO_BE_REPLACED
May 30 2020
More News