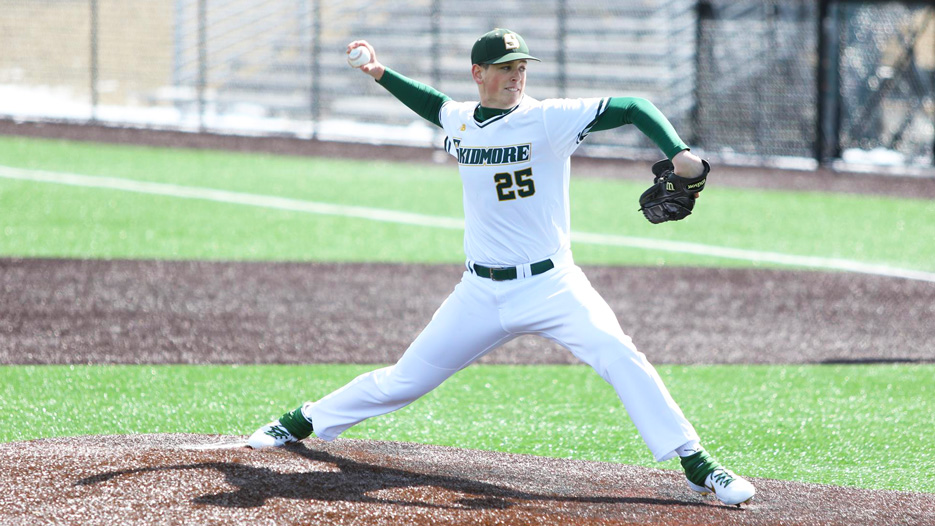 Skidmore College senior Jay Gamboa is spending the summer pitching for the Syracuse Salt Cats of the New York Collegiate Baseball League, a summer baseball league sanctioned by the National Alliance of College Summer Baseball, National Amateur Baseball Federation and Major League Baseball. Each team plays a 42-game schedule through June and July, building up to a three-round playoff.

I caught up with Gamboa after his recent performance in the League’s all-star game to learn a little more about him, his summer and his perspective on life as a student-athlete at Skidmore.

What are you studying at Skidmore and why?

Gamboa: I am currently on pace to graduate as a management and business major with a Spanish minor. I’ve always been an analytical person, so studying business really interested me when I came to Skidmore. One day I hope to own my own businesses or advise people on running their own. As for why I chose Spanish, I was fortunate enough to be exposed to Spanish via an immersion program prior to Skidmore, and I thought it was important to continue.

You're from Oregon. How did you find Skidmore? What helped you decide to come here?

Gamboa: I have family from upstate New York, and when we’d come to visit when I was thinking about college, we’d tour schools in the area. One of those trips was to Skidmore and Saratoga Springs. I quickly fell in love with the atmosphere here. And as I learned more, I saw it was a place where I could get a top-tier education alongside a rewarding athletic career.

What advice or words of encouragement would you give to a new Skidmore student who is also traveling far from home?

Gamboa: For me, the biggest struggle was encountering all the new faces and unfamiliarity that came with them. So, if I could give any advice, I would say you should jump in head first. You won’t have the same support systems you’re used to, like your parents and hometown friends, but you can build new ones. Try to get out and meet people you wouldn’t normally because they might turn out to be some of your closest friends. It can be daunting to come to school from across the country, but it will expose you to new people and cultures.

So, you’re having a pretty cool summer experience. What's the story? What are you up to?

Gamboa: I’m playing for the Syracuse Salt Cats, a collegiate summer baseball team in the New York Collegiate Baseball League. The NYCBL is one of the top summer leagues in the nation and provides a unique blend of personalities from every level of baseball. We play a very condensed schedule that consists of 42 games in a little under two months. This means we play nearly every day.

We’re doing pretty well, too. The Salt Cats lead the Eastern Division in standings. The other night I had nine strikeouts, and I was recently invited to play in the 2019 NYCBL All-Star Game.

Gamboa: There is a more relaxed feel with the Salt Cats. It’s summer ball and, in the end, everyone is just trying to get better and improve our regular-season play. So, the outcome of the game is less important than during a regular-season Skidmore game. Also, due to our condensed schedule, we don’t have time for practice, so that definitely takes some time to get used to.

2x @graphtexinc Player of The Game Here!!! James Gamboa ( @jaywgamboa ) was dominate on the mound going 6.0 innings “the first Salt Cat Starter to go more than 5.0 innings” he struck out 9 batters only allowing 2 runs for his 2nd win of the season!!! #saltcats #meow #playerofthegame Photo Credit: @oldtimer1937

Take me through a big game day. How do you prepare? Do you have any favorite places to collect your thoughts, a particular routine or even some superstitions?

Gamboa: Well, it’s a common superstition that baseball players shouldn’t touch the foul lines before the game. But other than that, it’s just physical and mental preparation. I make sure I get a good night’s rest and a healthy meal. And I have a playlist of music that I play when I arrive at the field that gets me mentally prepared.

Say it’s the regular season, you just had a big game and you’re starving. You walk into D-Hall. What station do you go to first?

Gamboa: It has to be The Diner. After a game, I just try to load up on as much meat as a D-Hall plate can hold.

What's life really like on the baseball team? How would you describe your team dynamic and culture?

Gamboa: It may sound cheesy, but I truly believe that our baseball team is a family. We eat together, we lift together, we practice together and most of us even live together.

For four straight years, I’ve spent most of my time with the guys on the Skidmore baseball team. Just like a family, it can get exhausting at times, and teammates can get on your nerves. But ultimately, the team breeds closeness and camaraderie.

For more on Skidmore men’s baseball and Jay Gamboa, head over to SkidmoreAthletics.com. 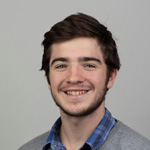 "All in" for Skidmore
As students, staff and faculty prepare to gather together on campus for the start of the fall semester, all members of the Skidmore community must make a personal commitment to following all health and safety protocols.
END_OF_DOCUMENT_TOKEN_TO_BE_REPLACED
Aug 5 2020

Beatlemore Skidmania 2020 to be presented virtually this fall
Planning is now underway for the popular annual concert. This year, students are invited to re-imagine any song in The Beatles’ catalog.
END_OF_DOCUMENT_TOKEN_TO_BE_REPLACED
Jul 29 2020
More News