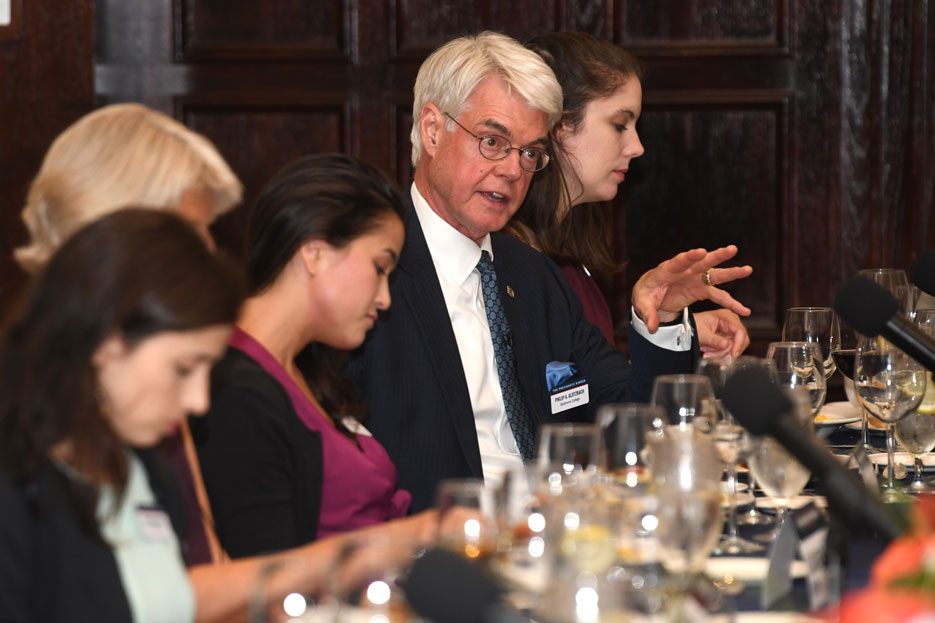 Skidmore College President Philip A. Glotzbach joined representatives of other leading institutions of higher education and national media outlets to discuss issues facing U.S. colleges and universities and affirmed the continuing importance of a liberal arts education in today’s world.

Glotzbach spoke with presidents of 11 other colleges and universities at the National Press Club in Washington on a range of topics facing institutions of higher education in the United States, including questions associated with inclusion, diversity, cost and international admissions.

“I firmly believe, and I suspect every president in this room believes, number one, that in this crazy changing world, beset by wicked problems, the kinds of things we provide at the heart of liberal education are exactly what the world needs,” Glotzbach said at the Sept. 5 event organized by Bucknell University. “We're in the leadership position to talk about the kinds of things that students need to learn to talk about: what it means to be informed, responsible citizens.” 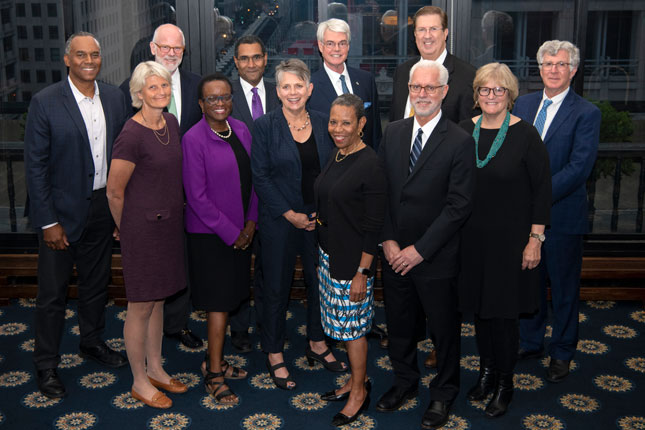 Glotzbach noted that Skidmore, which received record applications this year, had not witnessed a decline in international admissions and was working hard to ensure that international students know that they are welcome at Skidmore. 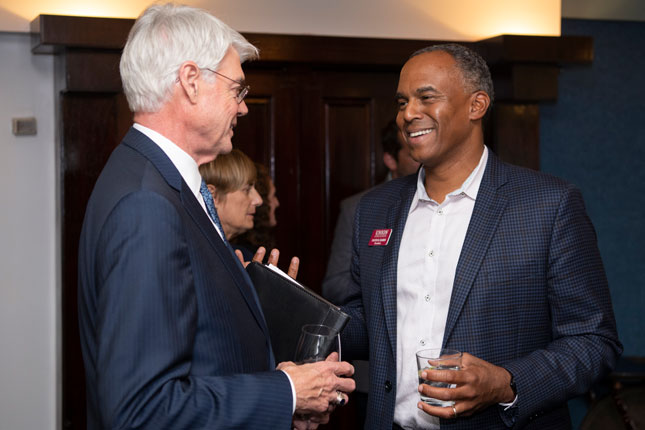 Beatlemore Skidmania 2020 to be presented virtually this fall
Planning is now underway for the popular annual concert. This year, students are invited to re-imagine any song in The Beatles’ catalog.
END_OF_DOCUMENT_TOKEN_TO_BE_REPLACED
Jul 29 2020 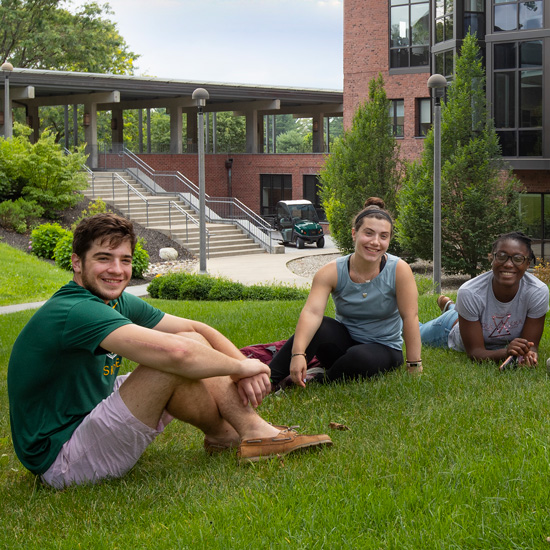