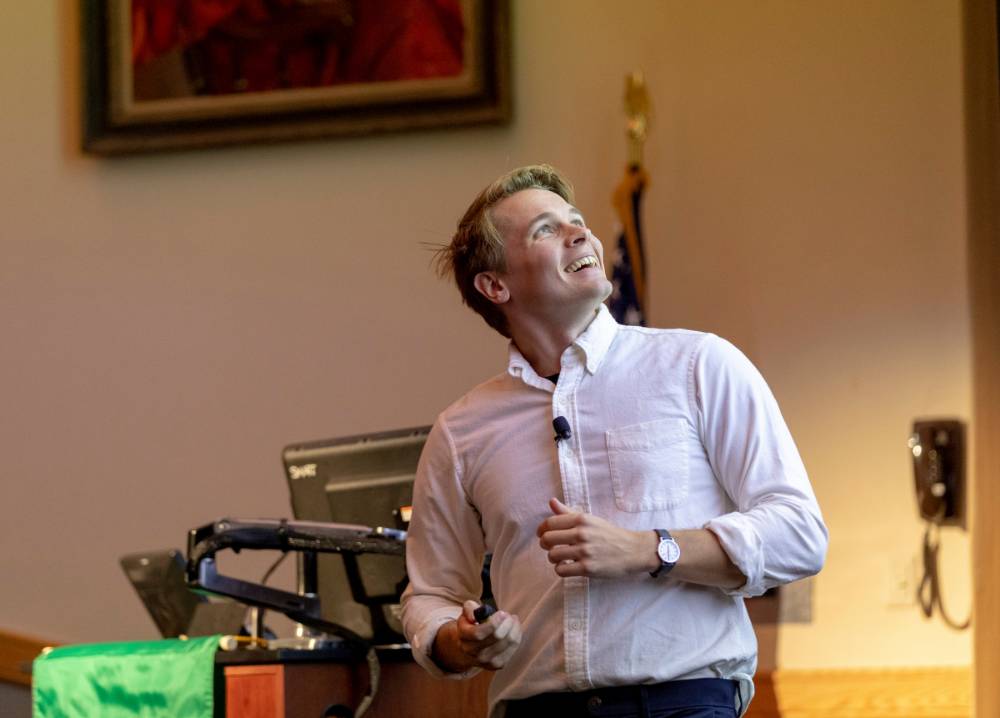 Author and illustrator William Grill spoke on “The Art of Distillation: The Unlikely Road to Making Books,” at the 31st annual Fox- Adler lecture.
by Sindi Mafico ’19

Grill received critical acclaim for his first book “Shackelton’s Journey” in 2015 and was the youngest person to win the Kate Greenway Medal for children’s illustration in a half-century.

In his Sept. 17 lecture, “The Art of Distillation: The Unlikely Road to Making Books,” Grill described his journey to becoming an illustrator through the analogy of distillation. He reminisced about being captivated by the imagery in comic books as a child.

“I was always excited by the covers,” said Grill. “They opened my eyes to what books could be.” 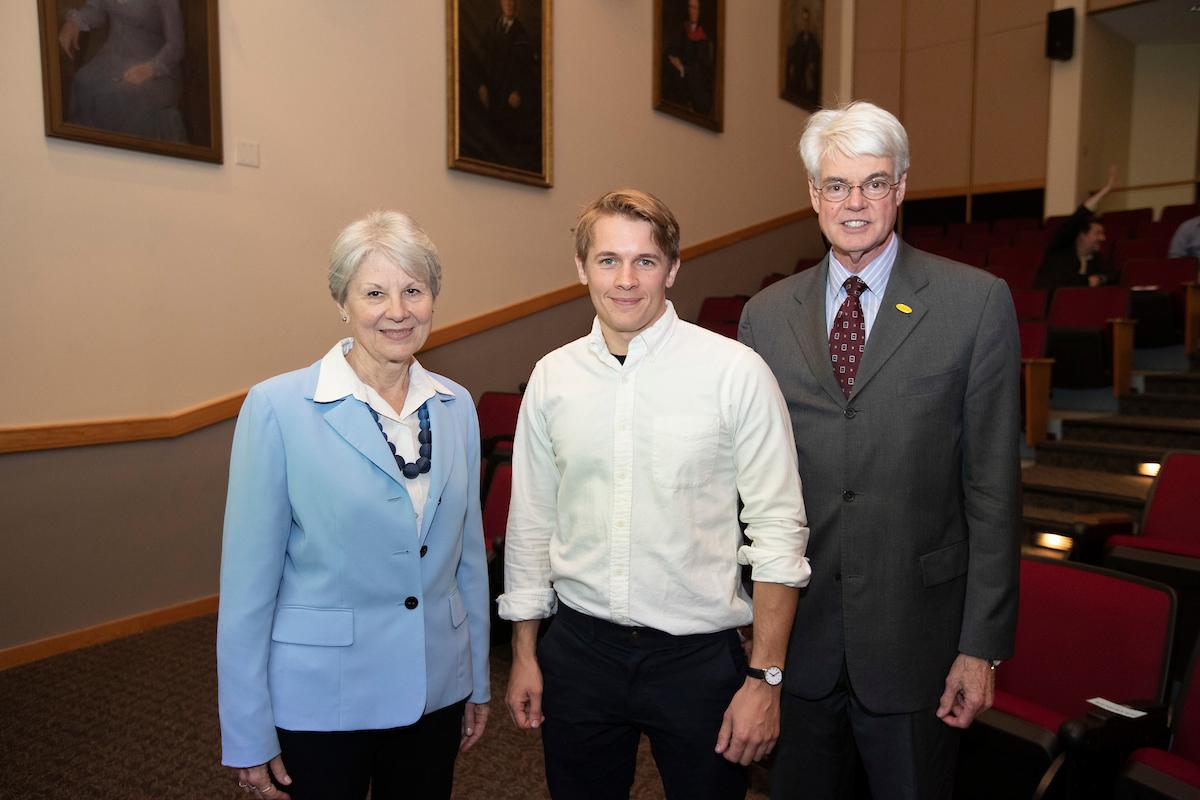 Phillip and Marie Glotzbach with author and illustrator William Grill

In his opening remarks, Skidmore College President Phillip Glotzbach discussed the importance of the relationship between text and imagery. “The future of our democracy depends on the visual literacy of its readers,” Glotzbach said.

In addition to being named among The New York Times’ best illustrated books of 2014, Grill earned the Association of Illustration Award for new talent and won the bologna Raggazzi Award for nonfiction in 2017 for his second book “The Wolves of Currumpaw.”

The annual Fox-Adler lecture is made possible by the continued support of the late Norman M. Fox and Hannah Moriarta Adler. Fox and Adler shared a love of rare books and collecting. The collection now belongs to Skidmore College thanks to the generosity of the Fox family and their commitment to preserving literature and the arts. 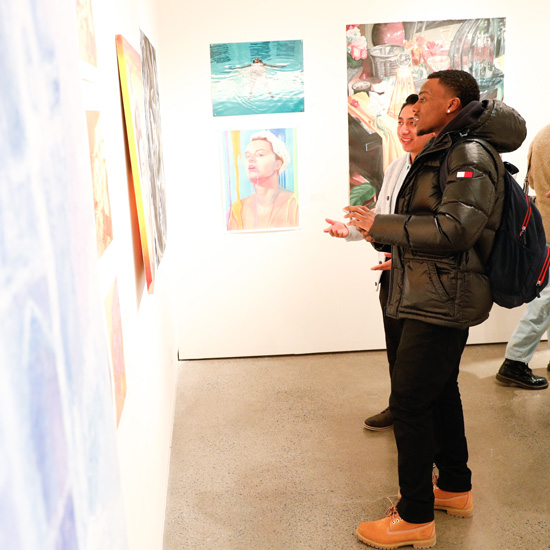 Student artists learn to display work like professionals
The Juried Skidmore Student Exhibition, a longstanding tradition at the College, is showcasing student talent and skill at Schick Art Gallery through March 3.
END_OF_DOCUMENT_TOKEN_TO_BE_REPLACED
Feb 21 2020