Ensemble Connect is celebrating its 13th full season at Skidmore 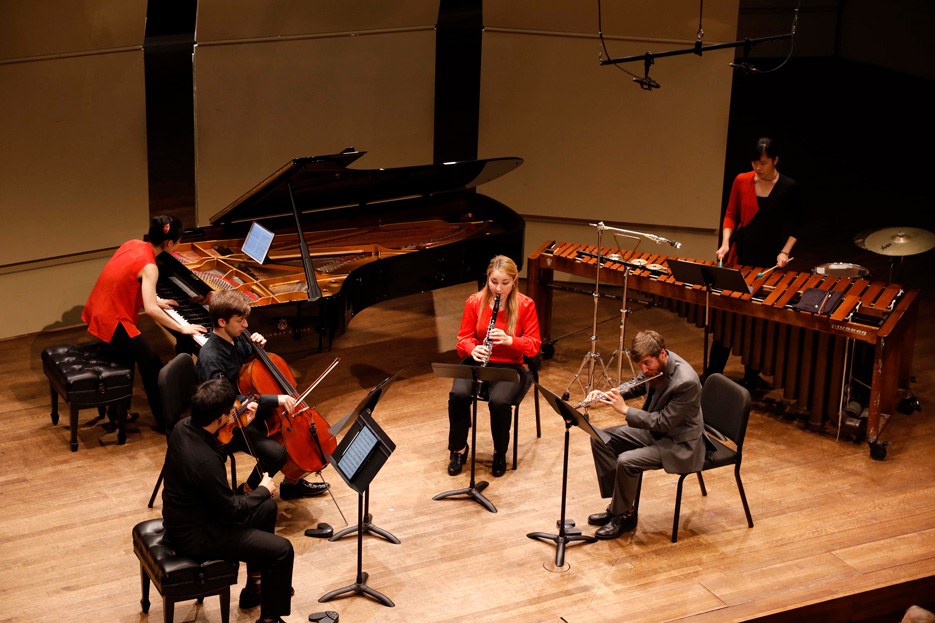 Musicians in Ensemble Connect, a program of Carnegie Hall, The Juilliard School and Weill Music Institute in partnership with the New York City Department of Education, are back at Skidmore engaging with students and the larger Saratoga Springs community.
by Sara Miga

Musicians in the Ensemble Connect program have returned to Skidmore’s campus for the second portion of their biannual residency.

Ensemble Connect is a program of Carnegie Hall, The Juilliard School and Weill Music Institute in partnership with the New York City Department of Education. The two-year fellowship program prepares the next generation of promising classical musicians in the United States for careers that combine musical excellence with teaching and community engagement.

Since 2007, Ensemble Connect has participated in two five-day residencies at Skidmore College each academic year, in October and February. Through concerts, master classes, lessons, interactive performances and other events, fellows have reached nearly 25,000 community members with classical music, including many who would not otherwise be exposed to such world-class music.

The spring 2020 concert will be held at 7 p.m. Friday, Feb. 14, in the Helen Filene Ladd Recital Hall at Arthur Zankel Music Center. It will feature the New York state premiere of a new work by T.J. Cole, commissioned by Carnegie Hall. Tickets are still available. 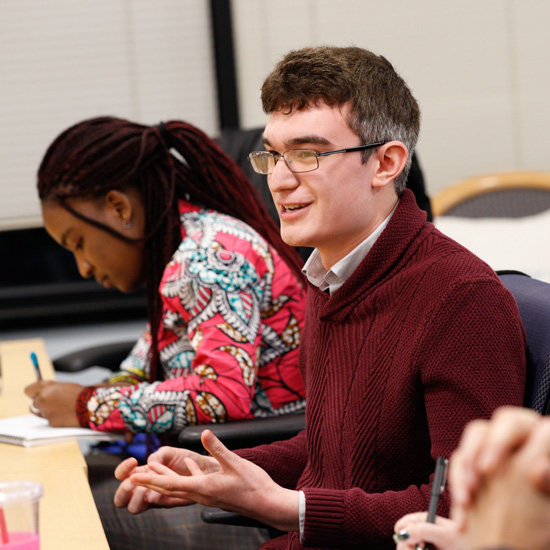