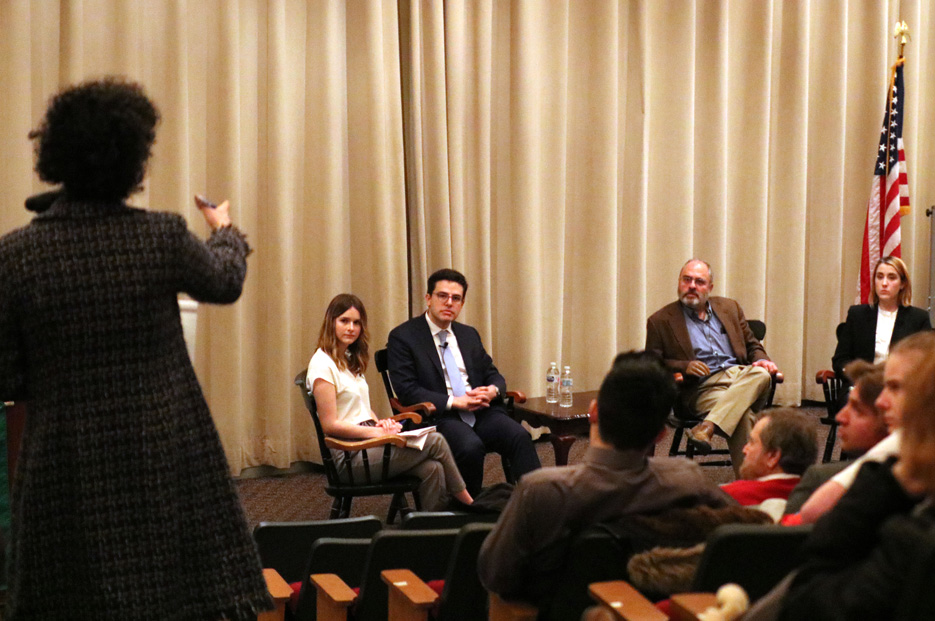 Matthew Continetti, resident fellow of the American Enterprise Institute, second from left, and Paul Glastris, editor-in-chief of Washington Monthly, second from right, debated policy during the Periclean Honors Forum panel “The Rise of Populism and the Future of Left and Right” on Feb. 13 in Gannett Auditorium. The panel was moderated by students Maya Bornstein ’20 and Hannah Tuohy ’22.
by James Helicke

Skidmore College hosted a policy debate with leading pundits from both sides of the political spectrum aimed at encouraging dialogue at a time of growing political division in the nation.

The Periclean Honors Forum Fourth Annual Policy Debate featured Matthew Continetti, resident fellow of the American Enterprise Institute, and Paul Glastris, editor-in-chief of Washington Monthly. The Feb. 13 panel, “The Rise of Populism and the Future of Left and Right,” was moderated by students Maya Bornstein ’20 and Hannah Tuohy ’22.

“This series is dedicated to bringing a range of opinions to campus so we all might be more inclined to submit our own opinions to rigorous examination,” the associate professor of political science said.

Despite differing political views, the tone for the discussion remained friendly throughout.

“I find when I’m on a panel with Paul that we agree too much,” Continetti quipped at the beginning of the discussion.

Both Continetti and Glastris also agreed on the importance of dialogue as they outlined different ways that populism in the United States and abroad have shaped the political landscape.

“Right now, we’re locked in to as 50-50 a nation as we’ve ever been,” Glastris said at the event in Gannett Auditorium. 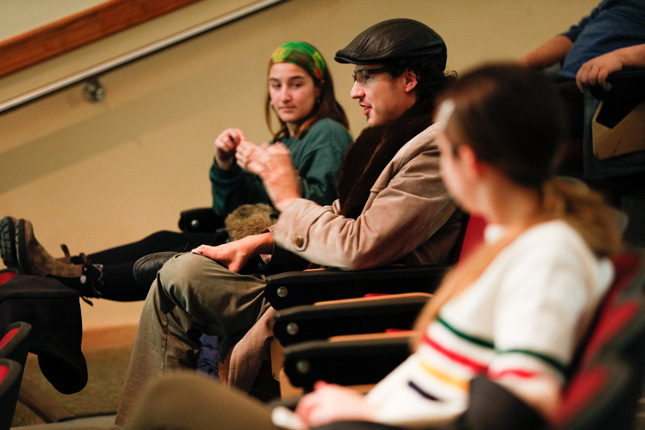 Earlier in the day, both visited a political science course and also spoke to a group of students interested in pursuing careers in the evolving field of journalism.

The policy debate was made possible through a gift from Janice Billingsley ’68.

President Conner announces fall 2020 plan for Skidmore
The College's fall semester plan will bring back all or nearly all of its students to campus for largely in-person instruction and learning.
END_OF_DOCUMENT_TOKEN_TO_BE_REPLACED
Jul 2 2020 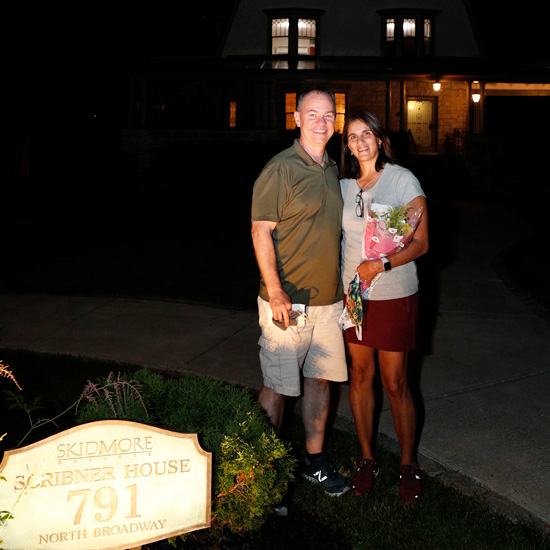