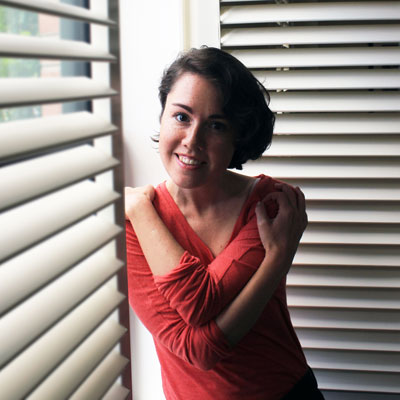 Caroline Shaw is a New York-based musician. She is a Grammy-winning singer in Roomful of Teeth and a violinist in ACME (American Contemporary Music Ensemble), and in 2013 Caroline became the youngest-ever winner of the Pulitzer Prize for music, for her enigmatic composition Partita for 8 Voices. She was the inaugural musician in residence at Dumbarton Oaks (2014–15) and continues her residency with Vancouver’s Music on Main through 2016. Recent and current projects include commissions for the Cincinnati Symphony, the Guggenheim Museum Works & Process Series, and the Folger Library, as well as collaborations with Kanye West.