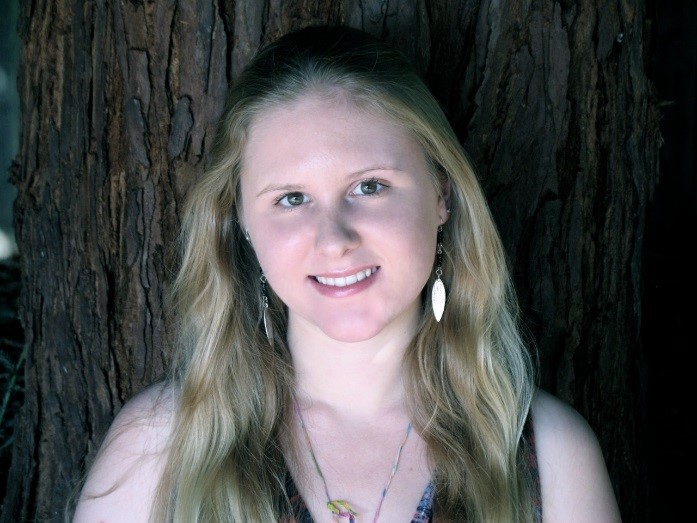 Gabriella Smith is a composer from the San Francisco Bay Area whose music is described as “high-voltage and wildly imaginative” (Philadelphia Inquirer), “bold, original and suggests exciting new directions for American music” (Giancarlo Guerrero), and “You really get the Pacific Ocean, man!” (Cabrillo Festival audience member). Her music has been performed throughout the U.S. and internationally by eighth blackbird, Bang on a Can All-Stars, the Cabrillo Festival Orchestra, the Nashville Symphony, PRISM Quartet, Aizuri Quartet, and yMusic, among others. Upcoming season highlights include the world premiere of a new work for Roomful of Teeth and Dover Quartet at Bravo! Vail Music Festival, and performances of Tumblebird Contrails by the Los Angeles Philharmonic in January 2019, conducted by John Adams.

During the 2016-17 season, Gabriella was the Nashville Symphony’s inaugural Composer Lab & Workshop Fellow. Other recent residencies include two months as an artist fellow at Instituto Sacatar on the island of Itaparica in Bahia, Brazil and a Copland House Residency at Aaron Copland’s home in Cortlandt Manor, New York.

She has received commissions from the Barlow Endowment for Music Composition for a new work for yMusic, the People’s Commissioning Fund for Bang on a Can’s Field Recordings project, the Pacific Harmony Foundation for the 2014 Cabrillo Festival of Contemporary Music, the New York Youth Symphony as part of their First Music program, Tucson Symphony, yMusic, the Barnes Foundation for the opening of their 2015 exhibition Order of Things, Friction Quartet, One Book One Philadelphia in celebration of their 2012 book selection Create Dangerously by Edwidge Danticat, Lake Champlain Chamber Music Festival for their 2012 season opening concert, Dinosaur Annex Music Ensemble for their 9th Annual Young Composers Concert, the Rock School of Ballet in Philadelphia, and Monadnock Music in collaboration with poet Marcia Falk, among others.

She is currently a doctoral candidate at Princeton University, where she has studied with Steve Mackey, Paul Lansky, Dan Trueman, Dmitri Tymoczko, Donnacha Dennehey, and Ju Ri Seo. She received her Bachelors of Music in composition from the Curtis Institute of Music, where she studied with David Ludwig, Jennifer Higdon, and Richard Danielpour. After graduating, she returned to the Curtis Institute of Music as an ArtistYear Fellow for the 2015-16 season, dedicating a citizen-artist year of national service in the Philadelphia region.

When not composing, she can be found backpacking (playing trail songs on her ukulele along the way), birding, playing capoeira, working on small-scale organic farms and environmental projects around the world, and recording underwater soundscapes with her hydrophone.

Please mark your Calendars for February 2019