MOZART, Quintet for Clarinet and Strings in A maj., K.581 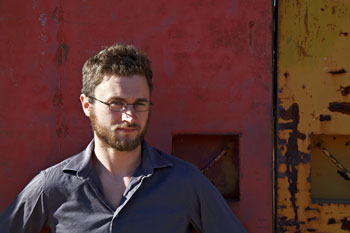 California-born, Brooklyn-based composer Samuel Carl Adams (b. 1985) is a creator of acoustic and electroacoustic music. His works draw from his experiences in a wide array of fields including jazz, noise and electronic music, programming and phonography. He has received commissions from the San Francisco Symphony, the New World Symphony, the Paul Dresher Ensemble Electroacoustic Band, ACJW (the Academy, a program of Carnegie Hall, Juilliard, and the Weill Institute of Music), MATA (Music at the Anthology), Lisa Moore, TwoSense (Lisa Moore and Ashley Bathgate), and the Living Earth Show.

Adams recently developed a work for the New World Symphony using their new and dynamic performance space in Miami, Florida. The piece, titled Drift and Providence, had its premiere under the baton of Michael Tilson Thomas in the spring of 2012 and will enjoy further performances in San Francisco (Davies Symphony Hall) and New York City (Stern Auditorium at Carnegie Hall) with the San Francisco Symphony in the Spring of 2013. In April and May of 2012, Adams was an artist in residence at the Baryshnikov Arts Center (NYC). During this time, he developed the score to Woman Bomb, a text by Croatian writer Ivana Sajko with Canadian director Charlotte Brathwaite. In the spring of 2013, Adams will present his Tension Studies alongside the works of Tyondai Braxton, Ted Hearne and Matt Marks as part of the Los Angeles Philharmonic Brooklyn Festival. Other current (and near-future) projects include a recording of Tension Studies with the Living Earth Show and piano concerto for the Berkeley Symphony that will premiere in the Spring of 2014.

Outside of composing, Adams maintains an active career as a contrabassist working nationwide and overseas.
When he is not thinking about music (a rare occurrence) he can be found training on his bicycle in Prospect Park or developing his culinary skills in his New York kitchen-ette.