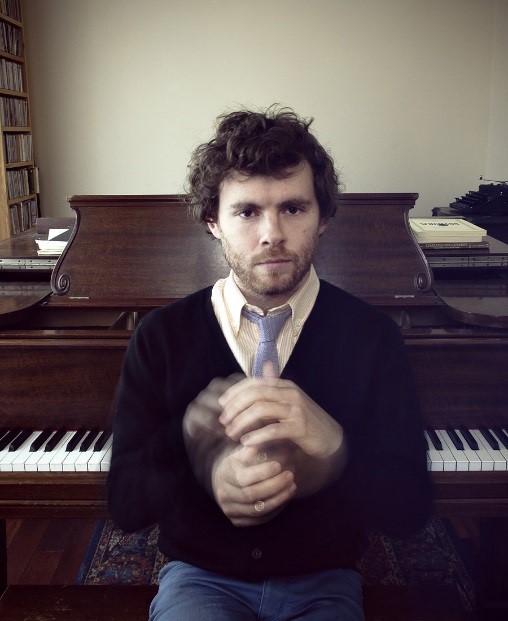 Over the last decade, Gabriel Kahane has quietly established himself as one of the leading exponents of American song, grafting a deep interest in storytelling to a keen sense of harmony and rhythm. His major label debut, The Ambassador, a study of Los Angeles seen through the lens of 10 street addresses, was hailed by Rolling Stone as “one of the year's very best albums”.

Kahane has collaborated with a diverse array of artists including Paul Simon, Sufjan Stevens, Andrew Bird, Blake Mills and Chris Thile, the front man of Punch Brothers, for whom Kahane opened 40 concerts in the U.S. in 2015 and 2016. As a composer, he has been commissioned by, among others, the American Composers Orchestra, the Brooklyn Academy of Music, Carnegie Hall, A Far Cry, the Knights, the Los Angeles Philharmonic and the Orpheus Chamber Orchestra, with whom he toured in the spring of 2013, performing Gabriel's Guide to the 48 States, an hourlong cycle on texts from the WPA American Guide Series.

In December of 2017, Kahane returned to the BAM Next Wave Festival with 8980: Book of Travelers, a solo performance written in response to a nearly 9,000 mile railway journey through the U.S. that he began the morning after the 2016 presidential election. An avid theater artist, Gabriel appeared previously at BAM in the critically lauded staged version of The Ambassador, directed by Tony-winner John Tiffany. He is also the composer-lyricist of the musical February House, which premiered in 2012 at the Public Theater.

8980 will be seen in the first half of 2018 in Los Angeles (presented by CAP UCLA), Ann Arbor (UMS), and Paris (Théâtre de la Ville), alongside the release of an album of the same name. The spring of 2018 also witnesses the premiere of a new orchestral song cycle, addressing the twin crises of housing and homelessness, for the Oregon Symphony and soprano Measha Brueggergosman.

2016 was a banner year for the expansion of Kahane's recorded oeuvre: In February, he and string quartet Brooklyn Rider released The Fiction Issue, a disc devoted to Kahane's chamber music, which debuted at No. 3 on the Billboard Classical Chart; in April, he and pianist-composer Timo Andres released Dream Job, an album documenting the pair's tour that culminated in a stop at Carnegie Hall. Finally, in October, Kahane and Brooklyn-based chamber orchestra the Knights released Crane Palimpsest, Kahane's orchestral song cycle that has been performed with more than a half dozen orchestras, most recently at Tanglewood's Ozawa Hall with the composer as soloist.

Earlier this year, he embarked on an ambitious solo tour, pairing Schumann's Dichterliebe with his own Craigslistlieder, earning rave reviews. In addition, he made his debut as soloist with the St. Paul Chamber Orchestra in a newly orchestrated version of his Orinoco Sketches, originally commissioned by the Los Angeles Philharmonic and conducted by John Adams at its premiere.