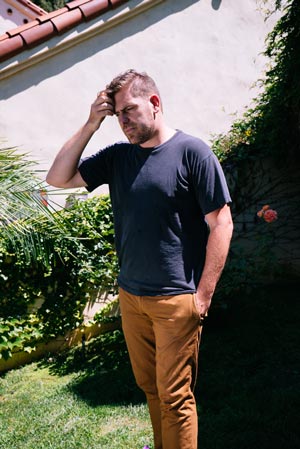 The New York Times has praised Hearne for his "tough edge and wildness of spirit," and "topical, politically sharp-edged works." The Los Angeles Times said, "No single artist embodies the post-genre Brooklyn scene, but Hearne may be its most zealous auteur."

Hearne's newest theatrical work, The Source, sets text from the Iraq and Afghanistan war logs, along with words by Chelsea Manning (the U.S. Army private who leaked those classified documents to WikiLeaks), and was premiered to rave reviews last October at the BAM Next Wave Festival in Brooklyn. The New York Times included The Source on its list of the best classical vocal performances of 2014, noting that the work “offers a fresh model of how opera and musical theater can tackle contemporary issues: not with documentary realism, but with ambiguity, obliquity and even sheer confusion.”

Hearne’s piece Katrina Ballads, another modern-day oratorio with a primary-source libretto, was awarded the 2009 Gaudeamus Prize in composition and was named one of the best classical albums of 2010 by Time Out Chicago and the Washington Post. A recent collaboration paired him with legendary musician Erykah Badu, for whom he wrote an evening-length work combining new music with arrangements of songs from her 2008 album New Amerykah: Part One.

Law of Mosaics, Hearne’s 30-minute piece for string orchestra, will see performances this year by the Chicago Symphony Orchestra and San Francisco Symphony. His album of the same name, with Andrew Norman and A Far Cry, was named one of the New Yorker’s notable albums of 2014 by Alex Ross.

A charismatic vocalist, Hearne performs with Philip White as the vocal-electronics duo R WE WHO R WE, whose debut album (New Focus Recordings) was called “eminently, if weirdly, danceable and utterly gripping.” (Time Out Chicago). Two forthcoming albums of vocal music, The Source and Outlanders, will see release on New Amsterdam Records in 2015.

Ted Hearne was awarded the 2014 New Voices Residency from Boosey and Hawkes, and recently joined the composition faculty at the University of Southern California. Recent and upcoming commissions include orchestral works for the San Francisco Symphony, Los Angeles Philharmonic, New World Symphony, Los Angeles Chamber Orchestra and A Far Cry, chamber works for eighth blackbird, Yarn/Wire and Alarm Will Sound, and vocal works for Volti, the Crossing and Roomful of Teeth.