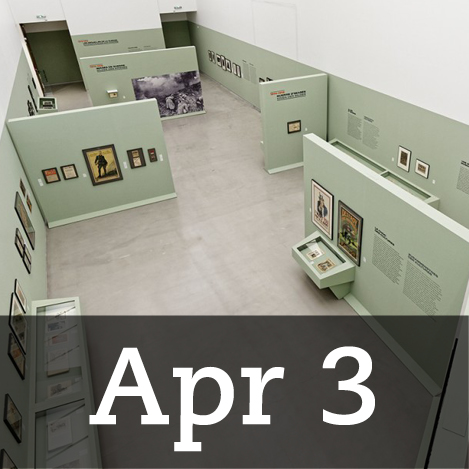 Stories in (not Outer) Space

Are museums storytellers? In what ways does digital media allow us to tell stories in new ways? These two seemingly disparate questions converge in this talk, which explores how the two dimensions of stories—time and space—are at play in each medium, and how they might have lessons for each other about engaging and delighting audiences in the twenty-first century.

Wong's blog, The Iris, offers a sense of what's in store. She writes: "I'm responsible for content strategy for the Getty's digital projects. I read, I write, I edit, I research, I make spreadsheets, I analyze data, and I use a lot of Post-Its and Sharpies to help make our digital stuff more useful and delightful for users." 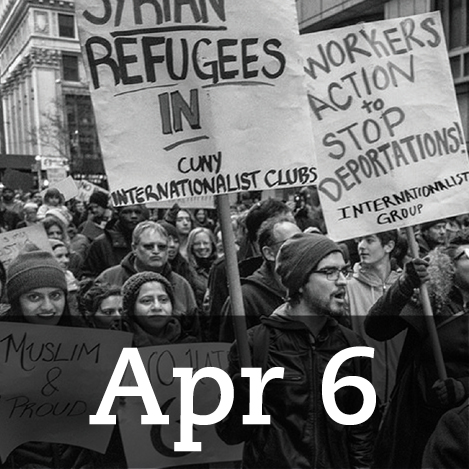 Moustafa Bayoumi is the author of the highly acclaimed How Does it Feel to be a Problem?: Being Young and Arab in America and This Muslim American Life: Dispatches from the War on Terror. A Guardian columnist and contributor to the New York Times Magazine, CNN.com, the Nation, and other media, Bayoumi is a professor of English at Brooklyn College, City University of New York.

MDOCS sponsors workshops by faculty members and documentary professionals that are open to everyone in the Skidmore community. In addition, MDOCS and Project Vis offer production workshops teaching basic skills in video editing, poster design, audio editing, and much more in LIB 113, led by students.

Ethics Bowl: The Ethics and Law in Media Production

Tackle the issues facing today's nonfiction storytellers and prepare yourself for the roadblocks to public use that media creators may come to realize only after wrapping production—often too late to resolve crucial rights and relationships. The session will combine brief presentations on law, ethics and methods, with background and tips and group discussion by attendees who will grapple with a real-world case and come together to present solutions.

This hands-on training session is a must-have knowledge base for all students planning on creating media work now and in the future Hosted by Media & Film Studies and MDOCS. 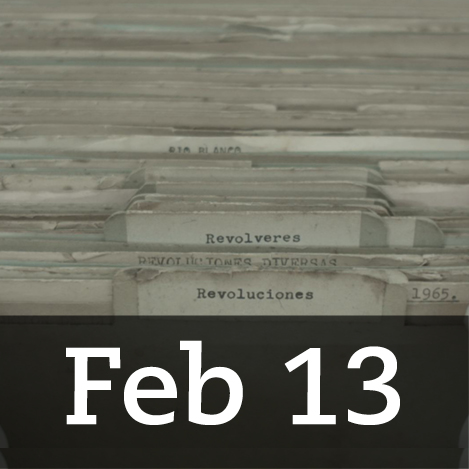 Después De Trujillo (After Trujillo) (2016) draws on media archives and filmmaking expertise to explore the connection between landscape and memory in the Dominican Republic. The documentary film, first shown in the the Dominican Republic last fall, probes the relationships between dictatorship, modern architecture and cultural memory. Narrated by Dominicans, this journey through modern monuments, memory gardens and contemporary ruins reveals landscapes where the ghost of the Trujillo regime lingers.

Directors Lisa Blackmore and Jorge Domínguez Dubuc will be present for a discussion after the screening.

Producer and director Lisa Blackmore is a postdoctoral researcher at the University of Zúrich and author of Spectacular Modernity: Dictatorship, Space and Visuality in Venezuela, 1948–1958 (University of Pittsburgh Press, 2017). Director, producer, cinematographer, and editor Jorge Domíngeuz Dubúc is a Venezuelan visual artist and documentary filmmaker with more than 15 years' experience in making and editing documentaries, and in animation.

This event is hosted by MDOCS, the Latin American Studies Program and the Department of World Languages and Literatures. 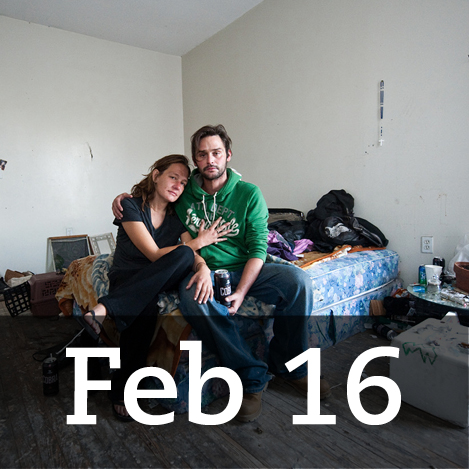 American Carnage: Why Trump Supporters Are Not Idiots

A conversation with photojournalist Chris Arnade

Photojournalist Chris Arnade captures the often forgotten, misunderstood American communities that litter the country and proved decisive for Donald Trump’s victory. During the course of 2016, Arnade drove 57,821 miles back and forth across the country trying to understand the root of Trump’s support. His conclusion: Many voters feel years of angst over being forgotten and betrayed by the establishment, and it’s time to start listening to them.

In his wide-ranging talk, Arnade will discuss reasons for a divided America. He worries about ever-present race issues, the education gap and failures to address addiction. Firmly opposed to Trump, this Ph.D. in physics and Wall Street trader of 20 years hopes to help his seething country embrace empathy.

Beyond his own projects, Arnade is a regular contributor to the Guardian and has been featured in the Wall Street Journal, Washington Post, Atlantic, Quartz and the Columbia Review of Journalism.

This event is hosted by The Skidmore News with support from MDOCS. 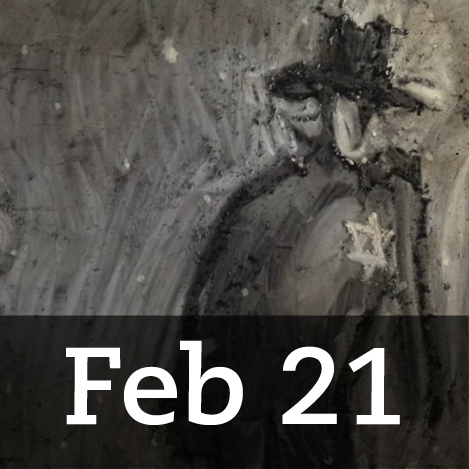 Bringing the Past into the Future

This may be the last decade in which a younger generation can directly connect with those who  lived through the Holocaust. With Voices of History, the Los Angeles Museum of the Holocaust has set out to bring out the voices of Holocaust survivors through a young person's lens using the Holocaust as a source of motivation and activism. Survivors'  inspirational and timeless stories can teach others the power of perseverance as well as the importance of protesting injustice. With Voices of History, teens and young adults are producing, with the support of the museum, compelling oral histories and short films that are inspired by these stories.

Join Creative Program Director Rachel Fidler as she shares some of the stories and the impact of this program for generations past, present and future.

Rachel Fidler received her B.A. in psychology and sociocultural anthropology from Scripps College. Following graduation, Fidler led programs as an art educator at the Portland Children’s Museum. Research for her undergraduate thesis, “Holocaust Memorialization: Perceptions of the Workplace, Translation of Memory, and Personal Experiences of Museum Staff,” introduced her to Los Angeles Museum of the Holocaust, where she interviewed key staff members for her analysis. As creative programs director at LAMOTH, Fidler merges her experience with young-adult museum programming in the arts with Holocaust education, specifically centered around creative reflection. Working with community partners, Fidler develops and directs art programs in a variety of mediums, connecting Holocaust survivors and teens in the Los Angeles area. Creative programs at LAMOTH have been selected for the Slingshot guide, recognizing the most innovative Jewish nonprofits in North America.

This event is sponsored by MDOCS and the Jacob Perlow Series. 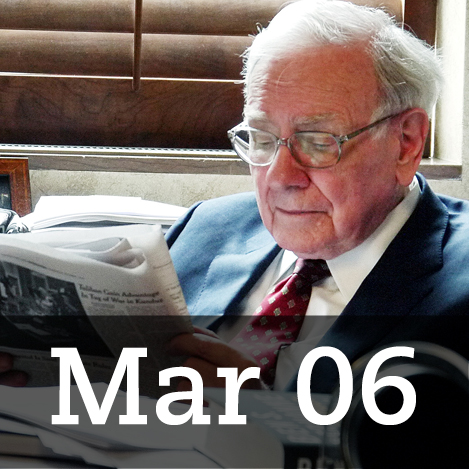 From HBO.com: "With a net worth of more than $60 billion, Warren Buffett is truly a one-of-a-kind billionaire. Now 86, the legendary investor still lives in a modest home in Omaha and continues to drive himself to the office every morning to manage Berkshire Hathaway, the fourth-largest public company in the world. But more surprising than his humble lifestyle and self-effacing personality are Buffett’s moral integrity and unique mind, which drove him not only to become the most successful businessman in the world, but also an unparalleled philanthropist.

"With unprecedented access to his day-to-day personal life, Becoming Warren Buffett tells the improbable story of how an ambitious, numbers-obsessed boy from Nebraska became one of the richest, most-respected men in the world. The definitive documentary on Buffett, this candid portrait sheds new light on a man who has helped shape the way Americans view capitalism and, more recently, philanthropy. Told primarily in Buffett’s own words, the film features never-before-released home videos, family photographs, archival footage and interviews with family and friends."

Read more about the film at HBO.com. [Film review in the New York Times]

Becoming Warren Buffett is a co-production of HBO and Kunhardt Films; directed by Peter Kunhardt; produced by Teddy Kunhardt and George Kunhardt.

This screening will be followed by a Q&A with Producer (and Skidmore College alum) Teddy Kunhardt. 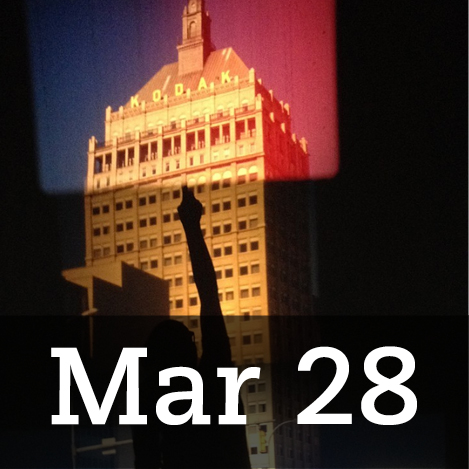 Artists and Archives: the History of Visual Studies Workshop

"Artists and Archives: The History of Visual Studies Workshop"
Curator of Moving Image Collections Tara Merenda Nelson will present an overview of the dynamic history of the Visual Studies Workshop in Rochester, New York, focusing on the institution's unique and historic collections of film, photography, artist books and lantern slides. She will discuss how artists and students have worked with images from the VSW collections, which are open to the public for research, study and interpretation.

Tara Merenda Nelson is a filmmaker, curator, programmer and lecturer with more than 15 years'  experience working with film and digital media. Her films, videos and installations have been exhibited nationally and internationally, including the Museum of Modern Art, VideoEx (Switzerland) and the Sydney Underground Film Festival. She has taught  video and film production courses at Montserrat, Ithaca College, Cornell University and the University of Rochester. Currently she is the curator of moving-image collections at Visual Studies Workshop, where she teaches 16mm film production and oversees the inventory, cataloging and digitization of 5,000 16mm films and 6,000 magnetic media titles. She  holds an MFA in film/video from the Massachusetts College of Art and Design.

This event is supported by MDOCS and Project Vis. 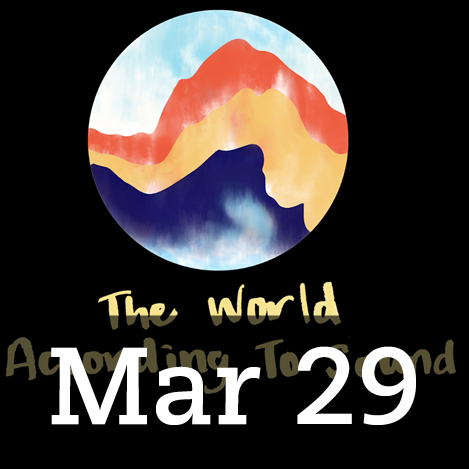 Performance/Discussion: The World According to Sound Live Tour with Sam Harnett and Chris Hoff

The World According to Sound is a public radio show that airs as part of "All Things Considered" on NPR and weekly on individual public radio stations. The Washington Post writes that "each episode is 90 seconds, containing a neat little story about an evocative, unusual sound rendered in intense aural detail." The show has been featured and praised for its non-narrative, sound-rich approach to radio on programs like NHPR's Overheard, Rob Rosenthal's HowSound, KQED's Earful, KALW's The Spot, the Bello Collective, and the CBC's Podcast Playlist.

In this live version of the radio show, co-creators Chris Hoff and Sam Harnett will set up a ring of speakers in Falstaff's, pass out sleep shades, turn out the lights, and move sounds from their show around the audience, seated in total darkness.

To learn more about the show, check out a show they did in San Francisco, an in-depth interview about their program and philosophy on HowSound, and a story about them and their approach to radio on KQED's Earful.

This event is first-come, first-serve, please comes early as seats are expected to fill.

This event is supported by MDOCS and the Arts Administration Program.