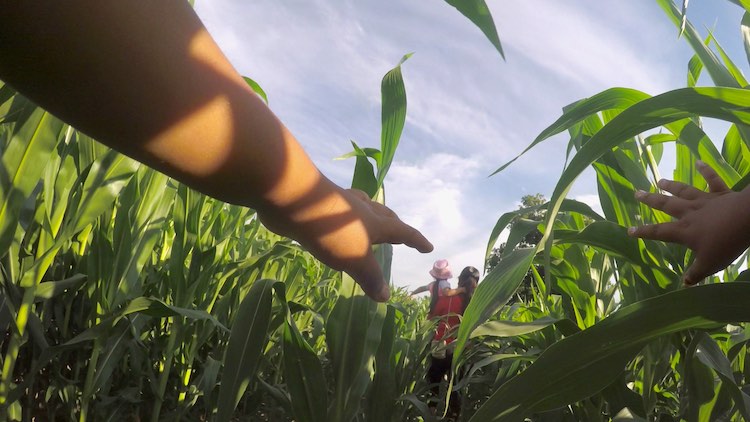 MDOCS' Projects in Community initiative began with the launch of the 360˚ VR documentary film,How To Tell a True Immigrant Story (pictured above), which had its International premiere as the first ever VR film in competition at the Locarno International Film Festival and continued on to premiere in the U.S. at the Adirondack Film Festival near Saratoga Springs, NY. After its U.S. premiere the film team hosted a community screening and dialogue at the historic Cafe Lena in Saratoga Springs and continues to share the voice of the identified "immigrant" community of Saratoga. This film was directed by Aggie Ebrahimi Bazaz ('16 Storytellers' Insitute Fellow), Co-Produced by Emily Rizzo ('16 Student Fellow), and made in partnership with Krystle Nowhitney Hernandez (Saratoga County Economic Opportunity Council Deputy Director). 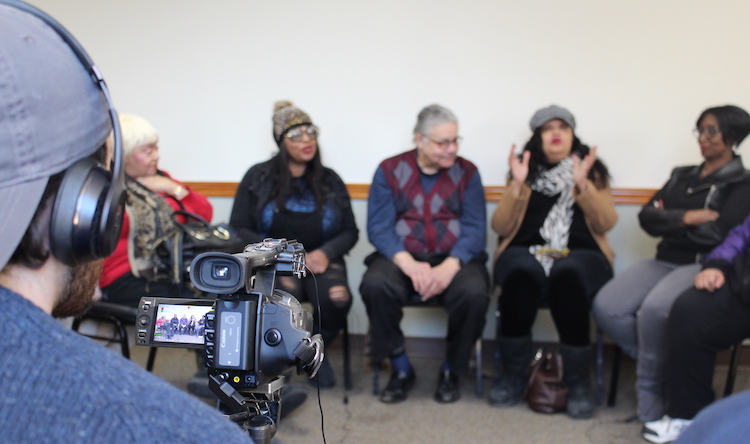 In Spring 2020, co-creation continues through a travelling exhibit,Climates of Inequality. Organized by Project HAL this national exhibit was built collectively by over 500 educators, students and environmental advocates across the U.S. For the month of March, MDOCS will host the exhibit at Albany Barn's Stage 1 Gallery and share stories of environmental injustices from over 20 U.S. cities across the nation. Included in this exhibit is the work of Prof. AJ Schneller's Environmental Studies course (pictured above) that focused on an Environmental Justice community in Sheridan Hollow, fighting the Governor's initiative to expand on a fracked oil burning power plant that has caused health issues for nearby residents for decades. Various community organizations including the Sheridan Hollow Alliance for Renewable Energy (SHARE) will be hosting a variety of private and public programming throughout the month. For more details and a full list of events, click here. 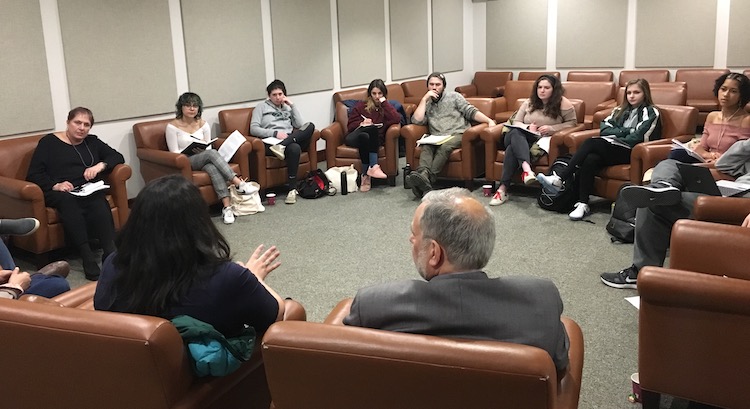 In addition to the Climates of Inequality exhibit, MDOCS has a new course this Spring called Filmmaking: Civic Engagement with Emmy Award-winning filmmaker Catherine Tatge. Students in this course have partnered with Saratoga community members (pictured above) to tell stories about Saratoga-based issues surrounding the housing crisis and the Code Blue Shelter as well as racial tensions in the community. The course will conclude with the completion of two short documentary films to share with the community and surrounding region in hopes to spark a conversation focused on awareness and solutions.