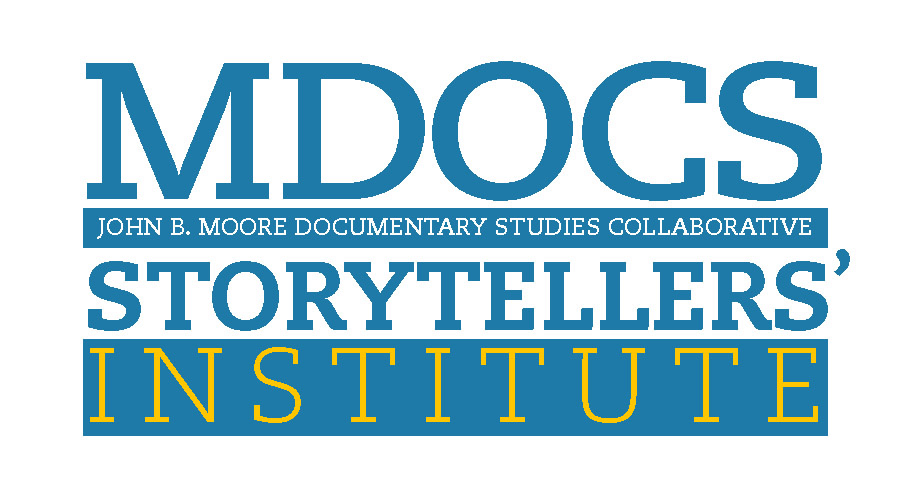 Skidmore faculty and student participants in the inaugural MDOCS Storytellers' Institute are exploring family and community stories that range from the local, covering Saratoga Springs' West Side and the Hudson Valley, the regional, New York City and the Northeast, and the international (China and west Africa). 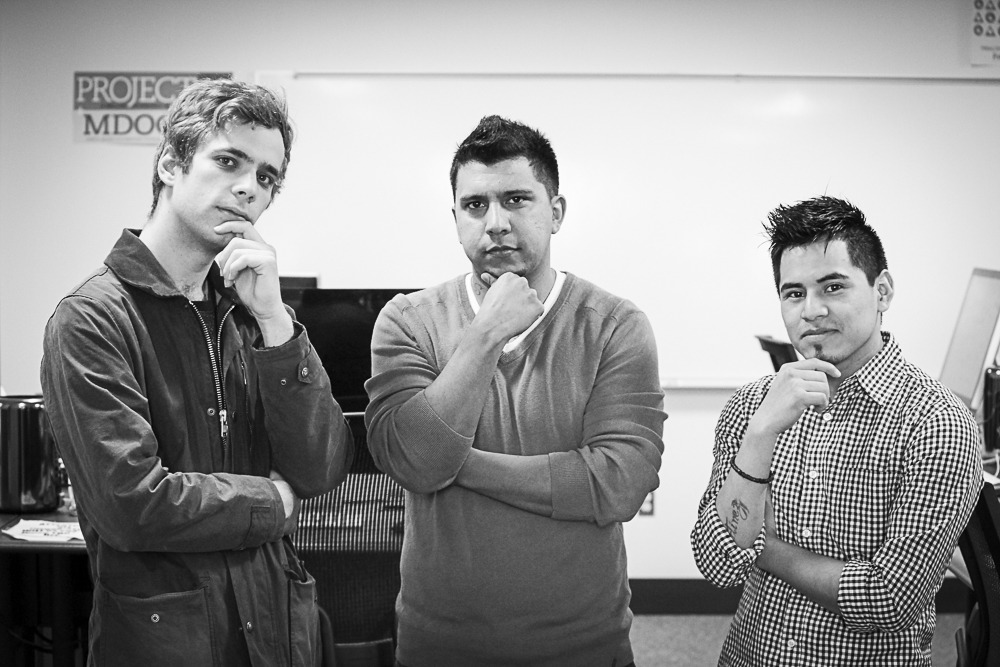 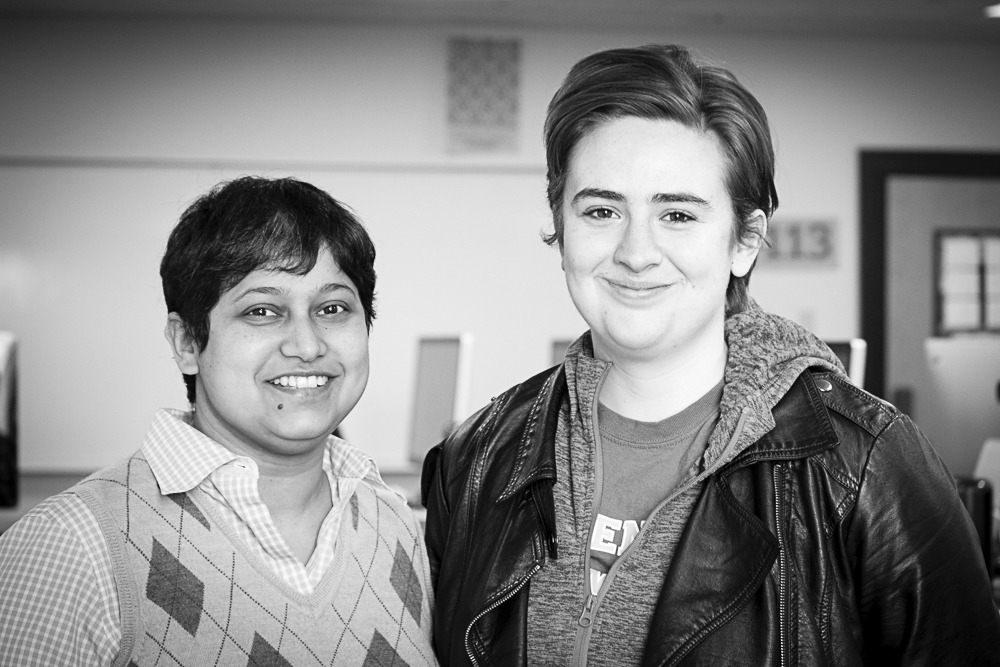 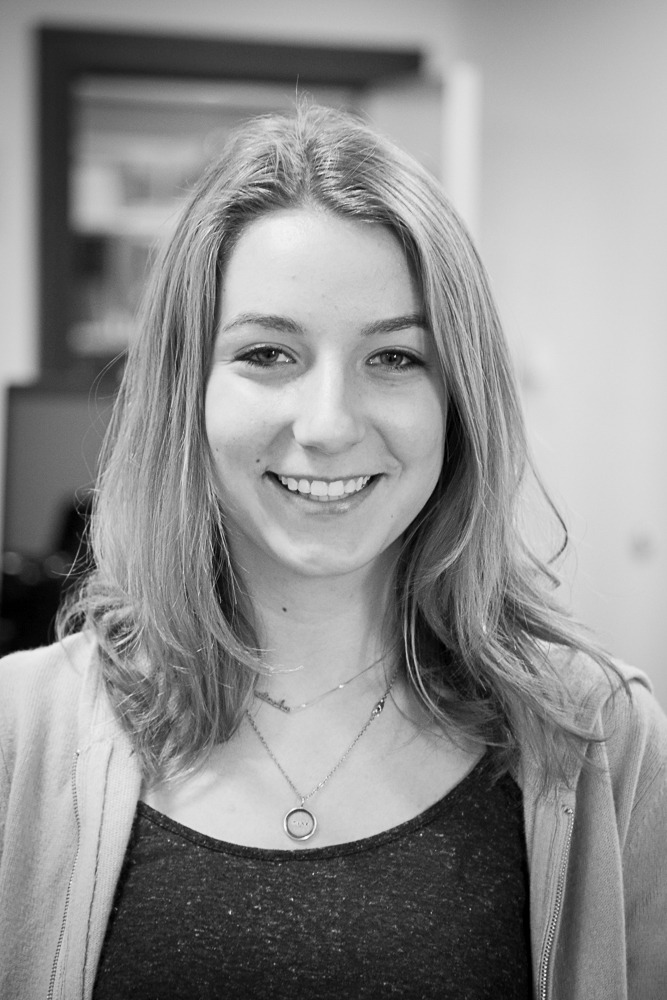 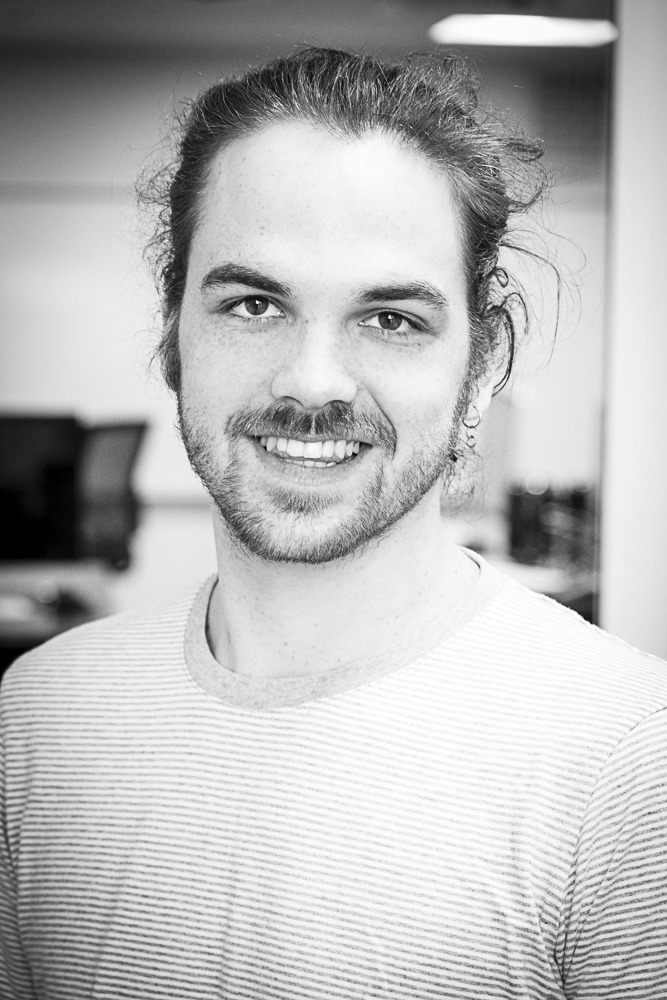 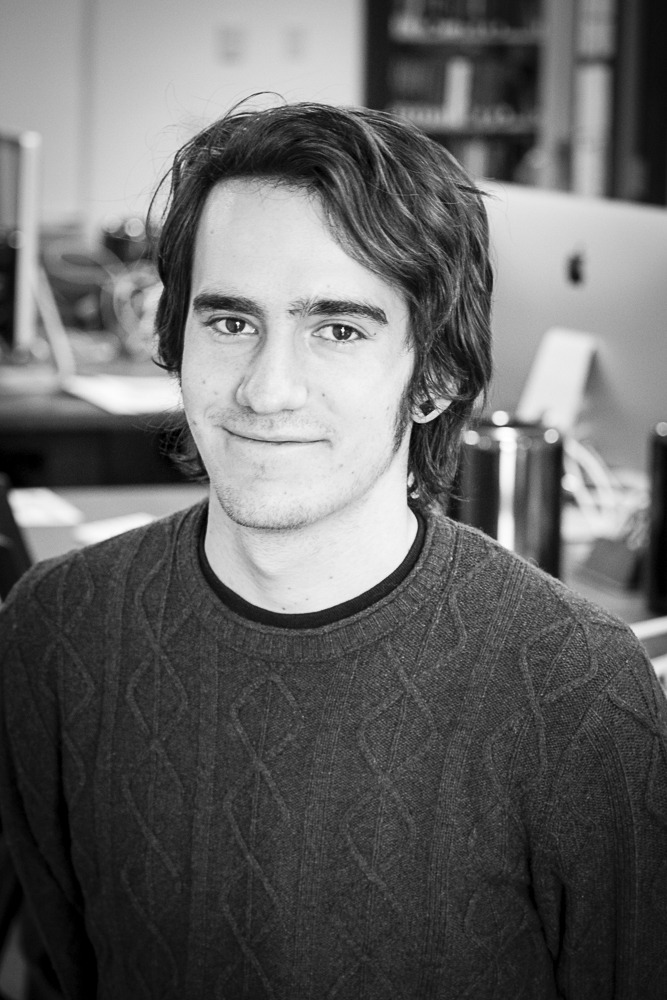 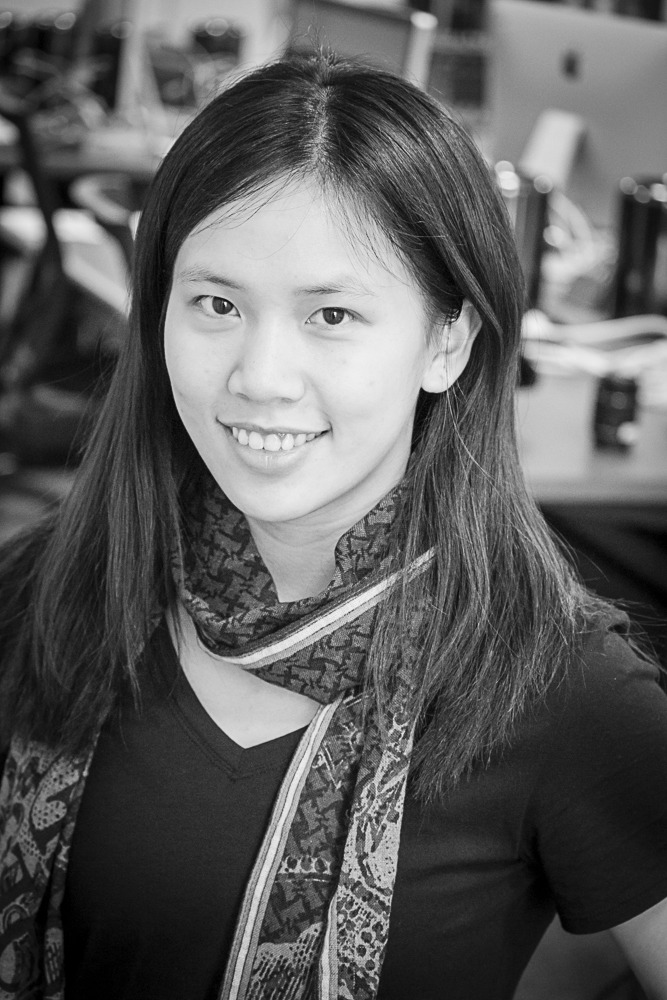 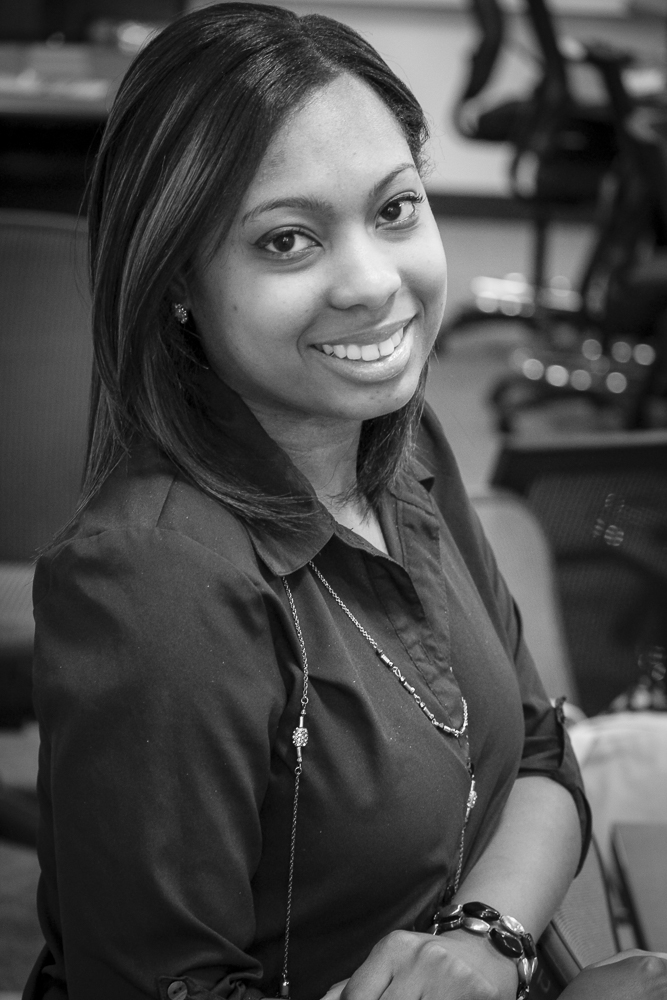 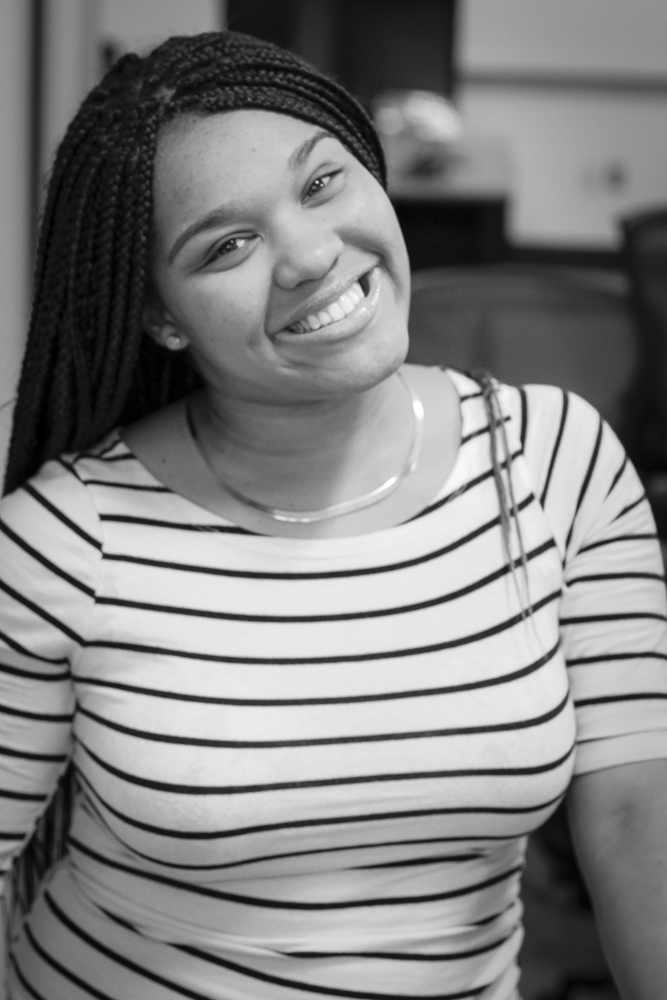 Bernardo Ramírez Rios is a third-generation Mexican-American from Sacramento, California. Inspired into equality and social justice work by his parents, who were active in the Chicano movement, Ramírez Ríos conducts field work with Latinos in the USA and Oaxaca, Mexico. Ramírez Rios is a visiting professor of anthropology at Skidmore. He received his Ph.D. from Ohio State University with an emphasis in Latin American Studies. His research focuses on various aspects of sport, culture and identity. He has published Torneo Transnacional: Shooting Hoops in Oaxacalifornia and the photographic essay La Copa Benito Juarez: Oaxaqueno Basketball in the USA and Mexico.

Eleuterio Martinez Ramirez: "I was born in Oaxaca, Mexico, and lived there half of my life. I came to the United Sates to seek a new beginning, but it was very difficult for me to learn the English language. In 2010, I went to Saratoga Springs High School and participated in the Vision "Estamos Aqui" ("We Are Here") through EOC (Economic Opportunity Community), where I found my passion through black-and-white photographs. Since then, I have used black-and-white photographs to express my feelings and other people's lives. I won first place twice for "La abuelita y su pieta" (the grandmother and her granddaughter) in 2010 and "You are not alone" in 2013. I'm a rising  sophomore (Class of 2017). This year I took "Digital Foundations," which has helped me to improve my skill with visual design programs including ID, Illustrator, Light room and Photoshop). I am excited to use these skills for my project this summer. Although I am interested in minoring in art, I am also interested in majoring in math and plan to become an electrical engineer."

Jake DeNicola is an anthropology student at Skidmore, graduating in May 2015. Along with his interest in anthropology comes his deeply passionate and active engagement in filmmaking and music. Born and raised in Greenwich Village, New York City, DeNicola's work as a film director, cinematographer, editor and actor spans from documentary film, music video, crowd-funding video, to short narrative. His work has appeared in film festivals including the Catskill Mountain Film Festival for his music video titled Bound to Make You Dance and the Virginia Student Film Festival for his experimental film Home in My Skin. Along with his own work, DeNicola has worked on set for filmmakers Carlo Mirabella-Davis, Chris Dapkins and John Miglietta. DeNicola also works as a music director for the West Kortright Centre summer theater productions of Shakespeare for young adults 13–19 and plays drums in his band, Fovea. Furthermore, he is looking forward to his studio drumming credits on the upcoming album Arwen, a contemporary cover album of '60s band Moby Grape performed by Arwen Lewis, daughter of founding member Peter Lewis.

Minita Sanghvi is an assistant professor in Skidmore's Department of Management and Business. She received her Ph.D. from the Bryan School of Business at the University of North Carolina at Greensboro with a minor in women's studies from Duke University. She also has a M.S. in consumer studies from the University of Arizona and an M.B.A. from NMIMS in India.

Sanghvi is a feminist interpretive researcher focusing on gender and race inequities in political marketing. Her dissertation, Marketing the female politician: An exploration of gender, appearance and power, won the UNCG 2014 Outstanding Dissertation Award. Her research has been presented at numerous national conferences such as the Association for Consumer Research, Popular Culture Association and Academy of Marketing Sciences as well as in newspapers such as the Times Union. At Skidmore, Sanghvi teaches "Foundations of Marketing" and "Political Marketing."

In addition to her academic experience, Sanghvi worked in advertising as a senior account executive at Leo Burnett. She was appointed to serve on the Human Relations Commission for the city of Greensboro and was on the Board of Governors for the Human Rights Campaign.

Matt Barnes is a graduating senior and government major interest in working in radio and other journalistic and storytelling media. His project for the institute tells the story of his great-grandmother as an audio documentary. Following the institute, he plans to find a media outlet to broadcast the story, while also interning at and hopefully hosting a news podcast for the Saratoga Wire.

Jackson Callahan Bryant, from Bethlehem, New York, just south of Albany, is an anthropology major in his junior year at Skidmore. On top of making a lot of art, he likes to make documentary films about the various ways the visual arts serve social, person, political and economic purposes. More recently, he has become interested in how a physical and social environment can influence artists' work.

Maryam DeWitt is a rising sophomore from Dayton, Ohio. She plans to do a double major in social work and government with a minor in media and film studies. She recently became interested in documentary after participating in a weeklong spring-break course with a crew of six Skidmore students and three faculty members to document the history and importance of the Opportunity Program. DeWitt enjoys listening to and studying others' interesting stories, and she is currently researching new and creative ways transcribe those fascinating stories. Her most recent works includes directing the 24th annual UJIMA fashion show, which allowed her to display powerful stories from Africa, the Dominican Republic and local issues through clothing, music and informative videos, and directing her very own 6-minute documentary, The Miseducation of Black Women, on which she plans to continue production in the fall.

Wilson Espinal is currently a sophomore at Skidmore with a major in management and business and a minor in media and film studies. He has always had an interest in films and visual media. After buying his first DSLR camera, he developed a great interest in photography, for which he now claims has become "more than a hobby." Espinal is very excited about joining the Storytellers' Institute to continue his story about the Opportunity Program at Skidmore, a program he claims has contributed much to who he is today.

Brittany Kent, from Cleveland, Ohio is a rising sophomore at Skidmore. In her first year at Skidmore she has really put her foot in the door. In the fall, Kent played a lead role in the Main Stage theater production American Medea. She is a part of a club on campus called Ujima, which brings awareness to African, African-American and Caribbean cultures. Within this club, Kent was one of three directors of Ujima's 24th annual fashion show. She began work with MDOCS on a documentary film that highlights the Opportunity Program and its students this spring, and plans to continue with this documentary work in June with the MDOCS Storyteller's Institute.

Yiyun "Evian" Pan is a sophomore anthropology major with minors in Asian studies and media and film studies. As an international student here and a frequent traveler, Pan is always fascinated by the diversity of world culture and arts. Her roles on campus include tour guide at the Tang Museum, gallery assistant at the Schick Art Gallery and research assistant in the Music Department. Never wanted to limit herself, Pan expects more challenges while trying different projects cross-disciplinarily in her future Skidmore career.

Natasha Thaler is a rising junior at Skidmore, studying English and media and film studies. She is interested in nonfiction writing and documentary filmmaking. She is working on several documentary projects, including the 60th anniversary of Saratoga Springs senior center.