Fact or Fiction?: Adapting Reality for Stage and Screen

What is the relationship between truth, or fact, and story? Many documentary storytellers push the boundaries of truth, whether by sins of omission (framing, selection) or commission (reenactment, ordering). Conversely, many works of fiction are “based on a true story” and strive for emotional truth when choosing between art and narrow factuality. In this Point of Departure, filmmaker and photographer Chip Duncan, producer of stage and screen Dan Markley and co-founder and president of the Nantucket Film Festival Jonathan Burkhart talk truth and fiction in storytelling. 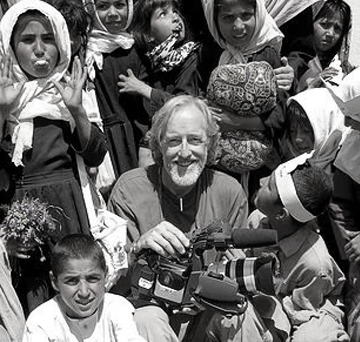 Chip Duncan is a filmmaker, author photographer and president of The Duncan Group, a documentary production company formed in 1985. Currently airing internationally is his documentary Tolkein & Lewis: Myth, Imagination & The Quest for Meaning, which will screen during this year’s MDOCS Storytellers’ Institute.

Other documentary film works include The Sound Man (2015), which follows a Nairobi-based sound engineer and his 35-year-career covering major news events throughout East Africa, and The Reagan Presidency (2013), which had international broadcast and includes interviews with Oscar Arias, Sandra Day O’Connor and Condoleezza Rice among many others. He is currently in production on The Negotiator, which chronicles former Senator George Mitchell’s historic struggle to bring peace to Northern Ireland and includes interviews with both President Clinton and former Secretary of State Clinton, and Meltdown: World Without Ice, the feature film to his classroom series on global warming. His past productions have been filmed in more than 40 countries, aired on PBS and the Discovery Network, screened at film festivals including Sundance, won over 125 awards and broadcast in more than 140 countries.

Duncan is also an acclaimed photographer whose photo documentation has taken him to humanitarian efforts in Afghanistan and Darfur to health care conditions in Burma (Myanmar) to carbon-reducing development programs in Ghana to post-earthquake efforts in Haiti and Pakistan, to name a few. His photographic work has been displayed in national and international exhibits and is on permanent display in many locations around the U.S. including the U.S. Dept. of State. Learn more about Chip, his work, and production company at www.duncanentertainment.com. 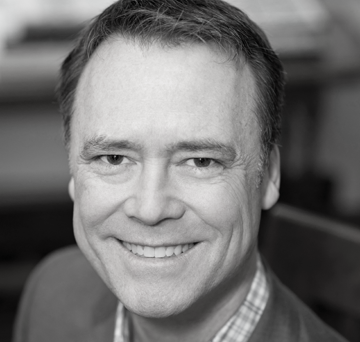 Dan Markley has been a theater producer, manager, owner and investor for 25 years in NYC. He’s currently executive director and producer of the New York Musical Festival as well as co-producer of the Tony Award-nominated musical Something Rotten! and the Obie Award-winning Stomp.

As an investor and investment manager, he’s participated in more than 40 commercial productions including Rent, Art, De La Guarda, Swan Lake, The Beauty Queen of Leenane and The Vagina Monologues. Additionally, he has participated in multiple productions of the mega-hit Wicked and the Tony Award-winning musicals Avenue Q and In The Heights. As a consultant,Markley has recently provided services in the areas of theater design, management and programming for both the Dreamland Film and Performing Arts Center and the nearly completed White Heron Theatre on Nantucket.

Earlier in his career, Markley served a presidential appointment as director of entertainment for the 1990 G-7 Economic Summit of Industrialized Nations. Prior to that appointment, he served five years as producer of USO Celebrity Entertainment, traveling the world from 1985 to 1990. He has been a Tony Award voter, lectures enthusiastically at major colleges and industry seminars and serves the company boards of Rattlestick Playwrights Theatre and the Nantucket Dreamland Foundation.

Jonathan Burkhart holds a wide breadth of titles from co-founder and president of the Nantucket Film Festival to producer for independent films, commercials, television and theater to last-but-not-least a certified trimix scuba deep-sea diver. Diving into the industry at a young age (14), he worked as a cameraman on dozens of television shows, commercials and feature films. Some feature film credits include Spike Lee's Do the Right Thing and Mo' Better Blues, Mountain View, A Better Tomorrow, Dazed and Confused, Roommates and Reversal of Fortune.

He produced the award-winning film Baby Steps starring Kathy Bates and several feature films for BCDF Pictures in New York such as Higher Ground, Love, & Misunderstanding, The Last Keepers and Rhymes with Banana. Burkhart also produced I Dream Too Much starring Eden Brolin and License Plates starring Robert Gorrie. In development are Military Working Dog, Next Fall and The Independents.

In theater, Burkhart has produced acclaimed Broadway shows such as Laugh Whore (Tony-nominated) and the 10th anniversary production of Rent with the original cast. Other shows include In Search of Cleo and Avow. After losing his dear friend Jenifer Estess to ALS, Burkhart joined the stunningly successful Project ALS, where he is most proud of his duties as event producer.