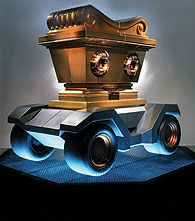 New York native LaVerdiere lives and works in NYC and LA. Visit the artist's website and learn more about his work. A production designer and fine artist, he is perhaps best known for his haunting collaboration with Paul Myoda on the Tribute in Light Initiative, a temporary light memorial to honor the victims of the attack on the World Trade Center. The memorial was first approved and illuminated at the WTC site in 2002. A year later, Mayor Michael Bloomberg selected Tribute in Light to become a permanent, official annual ceremonial addition to the WTC memorial. LaVerdiere's sculpture, drawing, and photography have been exhibited internationally (more) 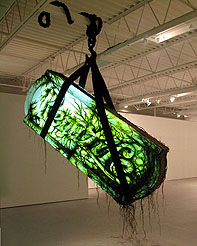