A century ago — on May, 25, 1922 — the New York State Board of Regents officially recognized the collegiate status of the Skidmore School of Arts, which had been chartered in 1911, prompting immediate jubilation and celebration on Skidmore’s small campus in downtown Saratoga Springs. Two weeks later, on June 8, 1922, the new Skidmore College issued its first degrees: 27 baccalaureate and seven three-year degrees.

Over the past century, Skidmore has continued to grow — from the modest but forward-looking Young Women’s Industrial Club founded by Lucy Skidmore Scribner in 1903 to the dynamic, globally oriented institution of higher learning whose graduates now lead and serve in organizations of every kind around the world. As we mark the centennial of Skidmore College during the 2022-23 academic year, we commemorate a century of creativity and innovation — a transformative vision for a liberal arts education reimagined by each generation to cultivate both “mind and hand.” 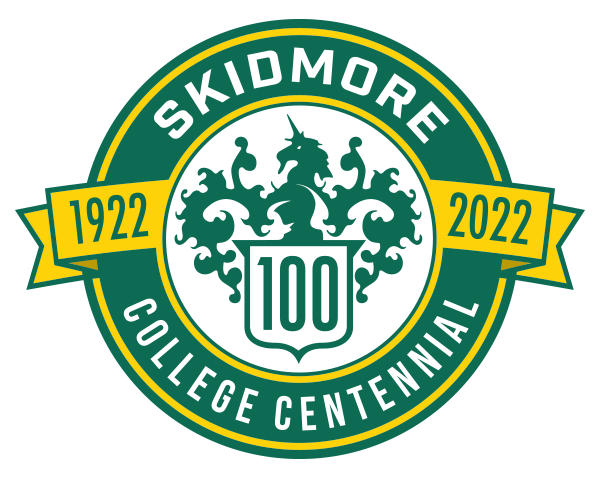 A hundred years ago, Lucy Skidmore Scribner’s vision of a great education for women became a reality as the Skidmore School of Arts became Skidmore College, a fully accredited four-year institution of higher education.  We’ve come a long way from that rather humble beginning, but Lucy’s vision remains: We are a community of learners, where students and faculty work closely together in the pursuit not just of knowledge but of character; we educate ‘the mind and the hand,’ offering an education that is both eminently practical and highly idealistic. We prioritize creativity, whether in music or business, dance, or economics. And above all else, we foster a community of trust.

Join us for this annual event welcoming the families of Skidmore students to campus.