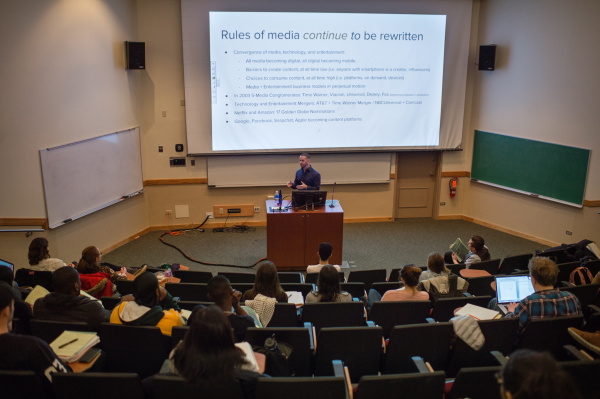 During the school year ’Skidmore's Career Development Center puts on several impressive events. Speakers come from all over to help students find their way in industries such as finance, consulting, and medicine. In recent years, however, the CDC has brought in more speakers from the entertainment industry, thanks to Pam Fisher and Kim Crabbe, two of the incredible women who run the CDC.

This past fall Skidmore students went to New York City for the ’first annual Media and Entertainment Day. The group networked with professionals from ABC News, the New York Times, Sesame Street, and Broadway.

Fisher organized a media and entertainment training session that over 50 students attended. Also our community enjoyed a lecture from Skidmore graduate Jeremy Sigel '99, the ’global director of partnerships and emerging media at Essence, a global digital agency with clients that include Google and Target. He oversees the agency's investments in media and data partnerships and the advancement of emerging technology, accounting for $1 billion in media spent. 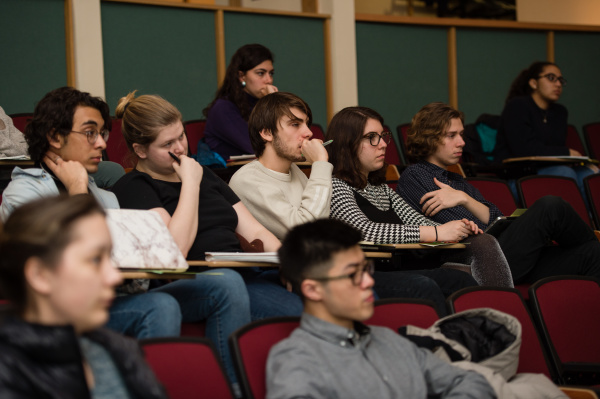 Sigel gave an informative talk about what it takes to make it in the media industry. He stressed that our career paths will be anything but linear. He began his career by working for the New England Patriots as the team's first in-house graphic artist. He then worked for a pair of media startups, the National Hockey League, Linkstorm, and Nokia, all before landing at Essence.

Sigel's lecture focused on the importance of networking, strategic adaptability, brand association, and aggressive patience. He was honest with the audience in expressing the harsh realities of working in media, marketing, film, and television, making it quite clear that our lives will not be easy, and that it will be frustrating to see our peers climbing the career ladder faster than we can manage. Sigel explained that if we were to only remember one thing, it should be: don't wait for an invitation. When all else fails, build something. 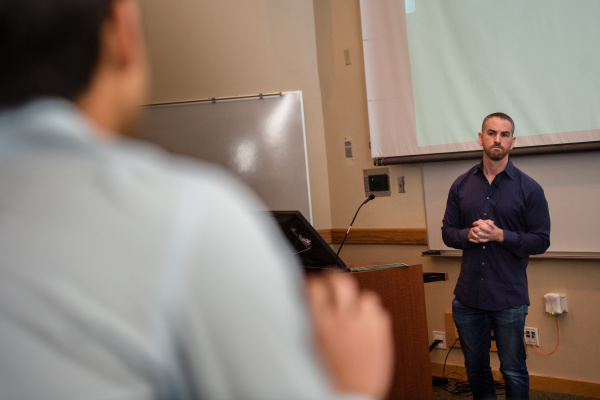 Gabrielle Pagnozzi-Schwam '18 is a student blogger providing a unique student insight to Life at Skidmore.