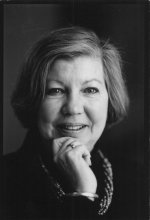 Personal Stuff:
I completed my graduate work at the University of Rochester, where I wrote a dissertation on The Changing Roles of American Women in the 1920s, was intrigued by the Puritans, and found that teaching was one of the most rewarding things I had ever done. I came to Skidmore and discovered the delights of American Studies and interdisciplinary work, fell in love with the college and the town, and then with my husband, and have been here ever since. We live in the country with our two daughters, and enjoy hiking, camping, our big garden and, especially, back-country cross-country skiing.  Our daughters, Kate and Emily, are Skidmore alums and work in Washington, D.C.

Research Interests:
For a number of years my research has centered on the American Revolution, as I worked with a colleague to translate, edit, and annotate the journals of some of the German (Braunschweigers, not Hessians) auxiliary troops (not mercenaries) who were part of Burgoyne's invasion of New York in 1777. We have published four such journals since 1985--one written by an ordinary soldier, another written by a company surgeon who was captured by the Americans at Bennington and spent several years as a POW in Massachusetts, another written by the fifteen year old son of one of the German officers, and finally, an official regimental journal. In 1995, I left the Revolution and returned to the 20th century to work on an illustrated history of Skidmore College. The project has been intriguing and entertaining (did you know that Skidmore was coeducational in 1912 and 1913 and again between 1946 and 1955?), and the book, Make No Small Plans: A History of Skidmore College, is available in the Skidmore Shop.  The Chair of the Department insists that I mention that I was honored with Skidmore's Ralph A. Ciancio Award for Excellence in Teaching in 2009.  I, of course, am much too modest to tell you that!

Teaching:
I teach 300 level courses on the 1950s and the 1920s, on religion in America, and on America and war. I have a long-standing interest in New England, and teach both an LS course on 17th c. New England, and a regional culture course on New England since the 18th century. I teach an LS course on the history of childbirth, and an American Studies seminar on women in American culture, part of my commitment to studying about women and about family issues. Finally, I often teach the American Identities 201, 202 sequence.