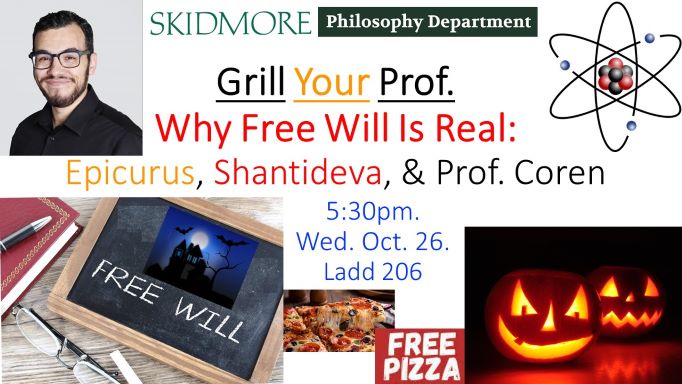 Information about Philosophy as a Possible Major

The members of the Philosophy Department at Skidmore College condemn the killings by police and vigilantes of George Floyd, Breonna Taylor, and Ahmaud Arbery, among many others.  We also condemn structural racism and the entrenched systems of inequality of which these killings, perpetrated amid a pandemic that has disproportionally affected communities of color, are only the most recent and virulent symptoms. We support the social movements that highlight these injustices and work for change. Restructuring the police and using public funds to reduce inequality, to support community health, and to foster anti-racism are small steps towards justice that we endorse. Many of us are currently engaged as citizens in political actions aimed at transforming these deep-rooted systems of racism. As teachers and as a department, we recognize the suffering, loss, and outrage of our Black students brought about by systemic racism, and we stand in solidarity with them. Structural problems afflict higher education institutions too, and we are resolved to do our part to address them. Among other actions, we pledge (1) to help recruit, retain, and support more faculty and students of color at our college and in our department, and to work as their allies; (2) to redouble our efforts to diversify and expand our curriculum; (3) to critically examine white supremacy, economic exploitation, and related relationships of domination with an eye to end them; and (4) in all of our discussions, to listen to and prioritize the voices and experiences of the members of our community most negatively affected by structural racism and oppression.

Philosophy is the discipline that takes nothing for granted.  Everything that we do and say in our everyday lives is based on certain assumptions about what is good and what is real.  The goal of philosophy is to transform these assumptions into questions, so that they cease being thoughtless and become instead thought-provoking.  Philosophy takes not even itself for granted, but is instead continually reinterpreting and redefining itself.

Strictly speaking, it is not a "discipline", but rather an art of questioning that brings into question every "discipline", every body of knowledge that presents itself as objective and conclusive.  While this might give philosophy the appearance of being "abstract", the opposite is the case. Everyday, in both our actions and judgments, we distinguish between what is good and what is bad, between what is real and what is only an appearance or illusion.  Philosophy asks: how do we make these distinctions and on what basis?  Philosophy is ultimately a choice between an unexamined life that passively lets itself be guided by what "people say" and a self-examining life that chooses instead the freedom of self-determination.

What then does the philosophy major prepare you for?  Life!  But struggling with the most fundamental and difficult questions human beings can confront also develops skills that serve philosophy majors well in practically any occupation they choose after graduation, the skills of critical reasoning and interpretation, as well as both written and oral expression.  Thus, while some philosophy majors pursue the study of philosophy in graduate school and eventually become professors of philosophy, others-and they are the large majority- pursue, and are very successful in careers in business and law, to name only two possibilities.  As studies have shown, philosophy majors outperform every other major in entrance exams to business and law schools; including business and government majors!  In other words, philosophy is a very practical major in every sense of the word "practical".