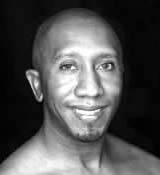 ANDRÉ ROBLES is a graduate of the Joffrey Ballet School NYC. While a student at JBS he had the opportunity to perform with the Joffrey Ballet in works by noted choreographers Gerald Arpino, Peter Pucci, and Margo Sappington. Prior to his time at JBS he studied at the Ailey School where he danced in works by Dwight Rhoden, Nacho Duato, Troy Powell, Pedro Ruiz, and Judith Jamison. He also studied at Teatro Colon in Buenos Aires, Argentina where he danced in works by George Balanchine and Marius Petipa. He hails from Brooklyn, New York. He has presented his own choreography at The Arts Center of the Capital Region as part of Troy Night Out. André joined the company in 2009.