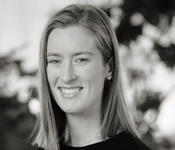 Christy Williams, originally from Saratoga Springs, Christy started dancing at a young age with the Saratoga City Ballet and eventually complimented her training as an auditor at Skidmore College. She continued her education, receiving a BFA from The Boston Conservatory. Christy has apprenticed with the Séan Curran Company and Australian Dance Theatre and her performance career includes dancing with the Inclined Dance Project, Ellen Sinopoli Dance Company, Opera Boston, MakeShift Dance Collective, and numerous independent projects throughout the North Eastern United States and Australia. Christy has performed locally for Susan Bocanegra here at the Tang Museum, Rubén Graciani at the Zankel Music Center and alongside the Martha Graham Company and summer students at SPAC. Christy is also a teacher and choreographer and has been commissioned for shows in Connecticut, California, Pennsylvania, around Eastern Australia and New York.