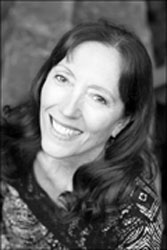 Mary DiSanto-Rose is an Associate Professor and joined the Skidmore faculty in 1981. She earned her M.Ed. and Ed.D. in dance from Temple University. It was gratifying for her to have been the Director of the Dance Program from 1990-2005 and to continue as Chair of the newly formed Dance Department from 2005-2009.

Earlier in her career she performed with the Sybil Dance Company of Philadelphia and with Albany area dance companies. She has collaborated with visual artists and composers to create integrated performance pieces for art galleries. She currently co-directs and performs as a guest artist with the Isadora Duncan International Institute Dancers of NYC. She was a partner with the IDII Pre-Olympic Dance Tour in 2004, the “Festival for the Reinstatement of the Delphic Games” in 2005, and the “Apollo and the Muses Sacred Topographies” tour within archaeological sanctuaries in 2009 – all on Greek terrain. She has co-produced with Jeanne Bresciani, Artistic Director of IDII performances at the 92nd Street Y Harkness Dance Center in NYC; at the Kaatsbaan International Dance Center in Tivoli, NY; and on tour in Greece and France.

The Schenectady Gazette wrote, “Her spirit is imbued with Isadora Duncan’s life-affirming, nature-inspired diversions of delight. Not only did she carry off Duncan’s original works with purity, she was transformed. So too was the audience” (May 2011).

Her desire to expose Skidmore students and the upstate NY region to major dance companies led her to develop the June and January “Dance Residencies” at Skidmore in 1984 & 1996 respectively. These three to five week creative residencies have taken place yearly with NYS Council on the Arts funding with renowned companies such as; José Limón, Twyla Tharp, Mark Morris, Trisha Brown, Doug Varone, Martha Graham, Taylor 2, Bill T. Jones and Lar Lubovitch to name a few. She also was the Chair of the Dance Committee for Saratoga ArtsFest from its conception in 2007 to 2014. This was a four-day annual celebration of the arts in early June that showcased the vibrancy and energy of art in its many forms—music, dance, visual art, film, theatre, and literary art.

Mary has fervently promoted dance as President and Vice-President of the board of the Capital/Saratoga Dance Alliance for over three decades and has been the co-coordinator of the area Dance+ Festival for the past 26 years. She has been on the Boards of: Partners in Dance – A Consortium of Capital Region Dance Sponsors; NYS Dance Educators Association; and the NYS Council on the Arts Dance Panel. She has been a guest lecturer in Greece, France, at the National Museum of Dance, Saratoga Performing Arts Center, The Egg Theater in Albany, and Skidmore Special Seminars.

Dr. DiSanto-Rose was the recipient of an honorary degree “Doctor of Arts” in 2012 from St. Lawrence University; the “Innovative Leadership in Dance Education & Legacy” from the American Dance Legacy Institute at Brown University in 2008; the “Exceptional Service and Scholarship” from the National Dance Association in 2007; and the “Honorary Certificate in Isadora Duncan Studies” from IDII in 2005.