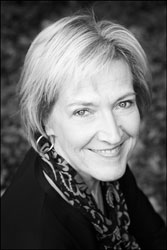 Mary Harney, Artist-in-Residence, joined the Skidmore dance faculty in 2000. During her tenure at Skidmore she has taught all levels of Modern Dance technique, Modern Performance Workshop, Ballet I, Choreography I, The Dance Experience, Senior Dance Capstone, and is a contributing faculty member in the business course, Presenting A Brand Called Me.  Since her arrival at Skidmore, she has choreographed over 25 new works for the Skidmore students.

Classically trained in upstate New York from an early age, Mary graduated with a BFA from Purchase College Conservatory of Dance.  While at Purchase, as a member of the Purchase Dance Repertory Company, she performed the works of many top choreographers.  During this period, she also danced with the Martha Graham Dance Company.  During her senior year, Mary was asked to teach a foundational coaching class in Graham Technique to under classmen, was the teaching assistant for the Modern Variations course and, occasionally substituted in technique classes for her professors. It was there that she discovered a passion for teaching, coaching and choreographing, which ultimately shaped her career.

In addition to her work at Skidmore, Mary served as a member of the dance faculty at Union College, the New York State Summer School of the Arts, and has taught extensively at independent dance schools throughout the New York metropolitan area and the capital region.  As an advocate of the arts in education, Mary has conducted master classes and extended workshops in public schools.

Over the course of her career, Mary’s choreographic work has been presented in several venues and for a wide array of functions. In 2006, at the request of the Office of Development at Skidmore, she choreographed “Genesis” with colleague Denise Limoli. The concept was to create a work that would clearly define differing perspectives (modern dance vs. ballet, respectively) and would speak to the college’s ideology that “creative thought matters.” The work was presented at a college benefit banquet at Gotham Hall in New York City. It was again presented at the Egg in Albany, New York, as part of the Gubernatorial Inauguration Celebration for Eliot Spitzer in 2007. In 2006, to represent Skidmore at the Committee of Independent Colleges and Universities’ 50th Anniversary Banquet, an excerpt of Mary’s work, “Black Dress” was performed at the New York State Museum in Albany, New York. Her work has also been presented at the Union College Bicentennial Celebration in Schenectady, New York, The Union College Steinmetz Symposium, Schenectady Community College, Fulton Montgomery Community College, Schenectady County Arts Festival, and the Saratoga Arts Festival.

In the spring of 2012, Mary directed some of Skidmore’s finest dancers in a production of Martha Graham’s “Steps in the Street”.  Under her tutelage, the dancers performed the work at both Skidmore and Kaatsbaan International Dance Center in Tivoli, NY.  Adding to the excitement of this outstanding project, the students were invited by Janet Eilber, Artistic Director of the Martha Graham Dance Company, to perform the work at The Joyce Theater in NYC as part of the first annual “University Partners Showcase”, in March of 2012.  Conceived by Ms. Eilber, this was a collaborative event that was included in the programming of the Graham Company’s 86th New York season. The Skidmore dancers shared the evening with dancers from The Hartt School (CN), Interlochen Arts Academy (MI), New World School of the Arts (FL), Point Park University (PA), University of Arizona (AR), and Graham’s second company, Graham II (NY). The program included six masterworks by Martha Graham, seminal to her revolution in modern dance.  The Skidmore dancers received rave reviews from all who saw their rendition of the classic work.

Mary’s directorial experience includes many years of work with regional ballet in both the capital district and Orange County, NY.  Her work as rehearsal director for Northeast Ballet in Schenectady, NY resulted in well received productions of “Cinderella” and yearly performances of “The Nutcracker” at the historical Proctor’s Theater.

An active member of the dance community, Mary has served on the Board of Directors of the Capital Region Dance Alliance since 2001.   For the past eight years, she has been on the planning committee and is a site coordinator for the yearly Dance + Festival at the National Museum of Dance.  Mary served as chairperson of the Capital Region Dance Alliance Summer Scholarship committee from 2003-2006.  She presently serves on the scholarship committees of both the Dance Alliance and Saratoga City Ballet.  She is committed and dedicated to her mission of helping young dancers pursue their dreams.