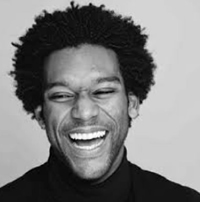 Du’Bois A’Keen lives a life of fierce dedication to the performing arts. His formal training began at 19 in his hometown of Albany, Georgia while studying at Darton State College. After receiving his Associate of Arts degree, Du’Bois followed his passion to Florida State University’s School of Dance where he received his B.F.A. in Dance and was later accepted as an M.F.A. candidate. Du’Bois studied and performed works by master teachers and choreographers such as Jawole Willa Jo Zollar, Darrell Jones, Gerri Houlihan, and more. After working as UBW’s Production Assistant Intern he joined the company in December 2014. 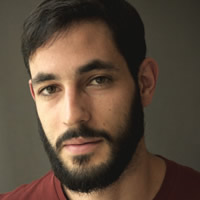 Omri Drumlevich was born near Jerusalem, Israel. He graduated from The Jerusalem Academy of Music and Dance Highschool in 2010. He joined the Batsheva Ensemble in 2010 and was invited to dance for The Batsheva Dance Company between 2012-2017, during this years he produced and created for the annual “Batsheva Dancers Create” Projects. Omri Is a certified Gaga teacher From 2012 and has been teaching Gaga and repertoire by Ohad Naharin and Sharon Eyal in The U.S.A, Canada, Australia, France, Japan, Sweden, Germany, Israel and more. In 2017 Omri was invited to be an Israeli Visiting Artist in Princeton University as a Junior lecturer in dance by The Israel Institute. In Princeton he created and performed his solo performance “Far” in support of the Lewis Center for the Arts. In January 2018 Omri Joined the cast of the award winning production of “Sleep No More” by Punchdrunk International. Omri is creating in Dance, Dance Theater, Film, Theater and Performance since 2010 and has been showing and making his work in venues such as the Tel Aviv Museum of Modern art, Suzanne Dellal, Tel Aviv City Hall, The Lewis Center for the Arts and more. 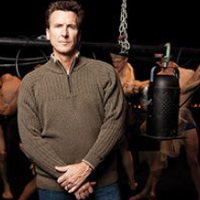 Randy James, founding Artistic Director of 10 Hairy Legs, has made a significant impact in the field of dance for more than three decades locally, regionally, nationally and internationally as a highly regarded dancer, choreographer, teacher, guest lecturer, panelist and staunch advocate of the arts. His impact in the field led The Geraldine R. Dodge Foundation to cite him as “The Patron Saint of New Jersey dance” in 2010. As a choreographer, James has created more than 40 works on his own companies and on 16 other professional companies throughout the United States, garnering positive reviews from The New York Times and The Village Voice. The New Jersey State Council on the Arts/Department of State honored him three times with Choreography Fellowships in 1995, 2002 and 2014 in recognition of his artistic excellence and named him "Distinguished Teaching Artist." As an Associate Professor of Dance, James has been a member of the dance faculty at Mason Gross School of the Arts, Rutgers University, since 1998.

Chanon Judson (Associate Artistic Director / Dancer) began her relationship with UBW in 2001. She has had the privilege of serving the company as rehearsal director, Director for UB2–Urban Bush Women’s performing apprentice ensemble, and now furthers her work with UBW as Associate Artistic Director and Co-Coordinator of BOLD (Builders Organizers and Leaders through Dance). An avid arts educator, Chanon has instructed for Ailey Arts in Education, BAM, and Earl Mosley's Institute for the Arts. Chanon was Director of Ailey Camp (Kansas City, MO), and is the Program Designer / Director of Cumbe’s Dance Drum and Imagination Camp for Children. She is also the Co-Founder of Family Arts Movement - Leading communal movement and art making explorations. www.fam-ny.com 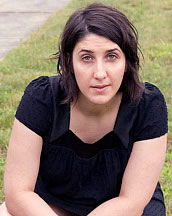 Sara Juli has created and performed innovative solo work in New York City since 2000. Her work has been performed in numerous New York City venues including Performance Space 122, Danspace Project, Movement Research at Judson Church, Joe’s Pub as part of the Dancenow/NYC Festival, and others. Nationally, her work has been performed at the American Dance Festival, Napa Valley Opera House, Connecticut College, UC Riverside, and Reno Arts Festival. In February 2006, she created and performed her first full-evening solo show, The Money Conversation, where she gave away her life savings, in a sold-out run at Performance Space 122.

Sara was awarded the Arts Management Award from Brooklyn Arts Exchange in 2013 and is an Advisory Board member of The Field in NYC and Bates Dance Festival in Lewiston, ME where she also taught, “The Business of Dance” in summer 2015. She graduated from Skidmore College in Saratoga Springs, NY, with a degree in Dance and Anthropology. After 15 years in NYC, Sara relocated to Portland, ME in 2014, with her husband and two kids and is creating and touring new solo work in addition to building her consulting practice. Since moving to the Portland area, Sara has launched and manages a choreography lab for artists from Southern Maine who meet every three months to critique choreographic works. She will premiere a new dance, Tense Vagina: an actual diagnosis at SPACE Gallery in Portland, ME in October 2015 for which she received a New England Foundation for the Arts NEST Touring Grant. 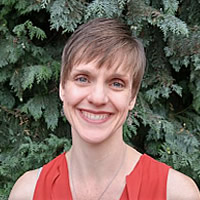 Paula J. Peters is an Assistant Professor of Dance at State University of New York at Fredonia, where she teaches Jazz, Ballet, and Contemporary techniques. Her teaching, choreographic and performance research centers on exploring the connections between American culture and Jazz Dance aesthetics. Prior to joining the faculty at Fredonia in 2016, she taught at University of Washington, Cornish College of the Arts/Preparatory Dance, Dance Fremont, and as a Visiting Lecturer at Pacific Lutheran University. She has also been a guest teacher at West Virginia University Summer Dance, Chapman University, Ballet Northwest, Summer Dance Lab, and International Dance Day Festival in Byblos, Lebanon. Her choreography has been presented by Fredonia Dance Ensemble, Men In Dance, Cornish Dance Theater, the University of Washington, the BOOSTmeUp Festival, and at American College Dance Association. Her scholarly research includes the implementation of pedagogy methods which serve the 21 st century dancer and Jazz Dance as an American Art form. She has presented this research at Dance Education Association of Washington, Society for Dance History Scholars, Popular Culture Association, and National Dance Education Organization conferences. Prior to entering Academia, she danced professionally with Spectrum Dance Theater in Seattle for fourteen years. With Spectrum, she danced and restaged works by choreographers of national prominence including Ann Reinking, Margo Sappington, Lynne Taylor-Corbett, Frank Chaves, Daniel Buraczeski, Daniel Ezralow, Dwight Rhoden, Trey McIntyre, Donald Byrd, Wade Madsen and Dale A. Merrill, touring throughout the United States, Europe and Mexico. 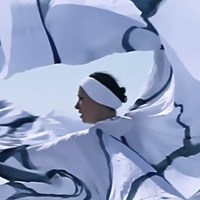 A dancer-choreographer from New York, Jody Sperling is the founder and Artistic Director of Time Lapse Dance. She has created more than 40 works and has performed and taught in the US, Bahrain, Canada, France, India, Ireland, Italy, Netherlands, Nigeria, Russia, Scotland and north of the Arctic Circle.

In 2014, Sperling participated in a polar science mission to the Arctic as the first-ever choreographer-in-residence aboard a US Coast Guard icebreaker. During the expedition, she danced on the polar ice cap and made the award-winning dance film Ice Floe. Sperling also created a dance Ice Cycle expressing the fragility and dynamism of the Arctic ice-scape. http://timelapsedance.com/works/ice-cycle

Over the years, Sperling has forged a unique style inspired by modern dance pioneer Loïe Fuller (1862-1928). Internationally regarded as the leading exponent of Fuller’s genre, she has taken the idiom into innovative directions. Sperling is the choreographer, creative consultant and dance coach for the upcoming French feature film “La Danseuse” inspired by Fuller’s life.

As a dancer, Sperling has performed in the works of other choreographers including Sarah Michelson and Yvonne Rainer. Sperling has served on the Board of Directors of the Society of Dance History Scholars (SDHS) and has presented at the Society’s conferences. She holds an MA in Performance Studies (Tisch School of the Arts, New York University) and a BA in Dance and Italian (Wesleyan University). Her dance writings have appeared online and in print in Dance Magazine, The Village Voice, The SDHS Conference Proceedings, The International Encyclopedia of Dance and the award-winning book Birds of Paradise: Costume as Cinematic Spectacle (British Film Institute, 2014).