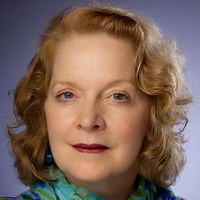 Ruth Andrien, Taylor 2 Dance Company Rehearsal director since 2010, danced with the Paul Taylor Dance Company from 1974 to1983, originating roles in Esplanade, Runes, Airs, Images and Le Sacre du Printemps (The Rehearsal). She has restaged Mr. Taylor’s work for professional companies and universities around the world. Ms. Andrien has been on the faculty of the University of the Arts in Philadelphia, Swarthmore College, Harvard University, MIT, Southern Methodist University, The School at Jacobs Pillow, New York State Summer School of the Arts, The Taylor School and the American Dance Festival, where she directed the Paul Taylor Project for the past three years. She has worked closely with The American Dance Legacy Institute at Brown University, which focuses on preservation and access to American dance heritage. She served as master teacher for the National Foundation for Advancement of the Arts in Miami and for the U.S. State Department’s cultural exchange program in Tunisia. She was the recipient of Towson University’s Rosenberg Award for Distinguished Artists in 2002 and the Balasaraswati/Beinecke Endowed Chair for Distinguished Teaching in 2009 with Carolyn Adams and Sharon Kinney. Ms. Andrien received her MFA in Dance at Hollins University in 2007. 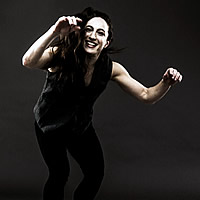 Ephrat “Bounce” Asherie is a New York City-based b-girl, dancer, and choreographer and a 2016 Bessie Award Winner for Innovative Achievement in Dance. Asherie has received numerous awards to support her work including Dance Magazine's Inaugural Harkness Promise Award, the Jacob's Pillow Fellowship at the Tilles Center for the Performing Arts at LIU and a Jerome Foundation Travel and Study Grant. Last year she received a National Dance Project award to support the development and touring of her newest work, Odeon. Asherie is a regular guest artist with Dorrance Dance and has worked and collaborated with Doug Elkins, Rennie Harris, Bill Irwin, David Parsons, Gus Solomons Jr., and Buddha Stretch, among others.   She earned her BA from Barnard College, Columbia University in Italian and her MFA from the University of Wisconsin-Milwaukee where she researched the vernacular jazz dance roots of contemporary street and club dances. Asherie is a co-founding member of the all-female house dance collective MAWU and is forever grateful to NYC’s underground dance community for inspiring her to pursue a life as an artist. 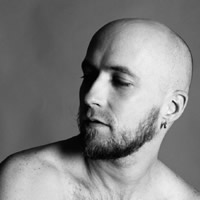 R. Colby Damon was born and raised in Richmond,VA and received his early dance training at Richmond Ballet, Boston Ballet, and Virginia School of the Arts. He has danced professionally for Sacramento Ballet, The Metropolitan Opera Ballet, Mark Morris Dance Group, Northwest Dance Project, and BalletX among others. As a choreographer, he has worked with BalletX, Sacramento Ballet, Pennsylvania Ballet II, Nashville Ballet II, Ballet West Academy, Bryn Mawr College, and DeSales University among others, and his work has been performed at festivals in Brazil, Mexico, Bermuda, and New York City. He is currently on faculty at the Rock School for Dance Education, The University of the Arts, and BalletX in addition to working as a freelance choreographer and performer based out of Philadelphia. 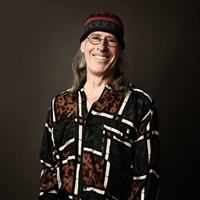 Danny Grossman was born in San Francisco in 1942. In 1963, he joined the Paul Taylor Dance Company and spent the next 10 years performing and touring with the company. In 1973, Grossman joined Toronto Dance Theatre in Canada, and became a faculty member at York University. In 1975, he choreographed Higher to tremendous praise leading to the formation of the Danny Grossman Dance Company in 1977. Grossman has since created a repertoire of more than 60 works, touring across Canada and internationally. His choreography has been in the repertoire of Toronto Dance Theatre, The Paris Opera Ballet, Les Grands Ballets Canadiens, and The National Ballet of Canada and has also been performed by modern dance training institutions such as Jacob’s Pillow Dance Festival, New York State Summer School of the Arts, Adelphi University, City College of New York, Brown University, York University, School of Toronto Dance Theatre, Ryerson University, and Canadian Children’s Dance Theatre. Grossman has been the recipient of numerous awards including the prestigious Toronto Arts Council Foundation’s William Kilbourn Lifetime Achievement Award and was recently inducted into the Canadian Dance Collection Danse Encore! Hall of Fame. In 2008, the company embarked on a new initiative, the Danny Grossman Dance Foundation, as a means of reconstructing and licensing his repertoire. The Grossman repertoire has been represented at NYSSSA for almost thirty years, and has added immeasurably to both students and faculty who have had the rich experience of dancing these works. In June of 2018, in honor of his 75th birthday, Danny presented a full evening of his own works, including 3 world premieres. 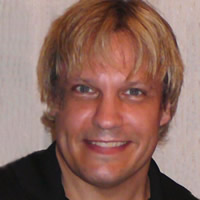 Eddie Kastrau, a dancer with the Danny Grossman Dance Company since 1986, has performed most of the featured roles with the company, and has been a muse for many of Grossman’s original roles. Through the Grossman Company he has danced in major modern works, including Paul Taylor’s Aureole, Lester Horton’s The Beloved, Anna Sokolow’s Rooms, Charles Weidman’s Lynchtown, and Canadian classics by David Earle, Patricia Beatty, Peter Randazzo, Robert Derosiers, Paula Ross, and others. Kastrau has also danced independently for numerous choreographers in Canada and abroad. Recent tours include China, Mongolia, South Africa, Kuwait, Oman, India and Germany as well as Canada and the US. In 2010, he spent three months in New York setting three of Grossman’s works on Adelphi University students, culminating in a full evening: Tribute to Danny Grossman and has been setting Grossman works at the New York State Summer School for the Arts for the past 20 years. Kastrau is a strong advocate for dance preservation and created computer software to digitally store the rich heritage of dance companies. His Performance History Database is used by numerous dance companies throughout North America. Recently Eddie has begun choreographing his own works, and looks forward to the new opportunities ahead. 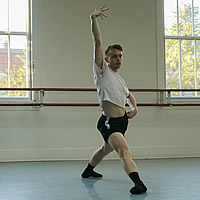 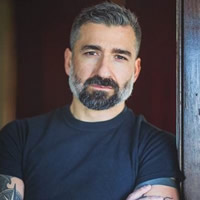 Fabio Tavares is a Brazilian dancer and choreographer who's been obsessed with the human body in action for as long as he can remember. At the age of 15, Fabio ran away to join the circus in his native Brazil in what turned out to be the beginning of a lifelong career performing and studying movement. After moving to NYC in 1999, Fabio began studying Klein TechniqueTM, The Alexander Technique, and Zero Balancing, eventually getting certified in all three modalities.

In addition to creating and performing his own original work, Fabio has also danced, performed and collaborated with many incredible worldly renowned artists over the years. Most significantly, he worked with STREB-Extreme Action for 14 years where he served as the Associate Artistic Director for a decade. The demanding, high-impact nature of the STREB choreography led Fabio to an even deeper appreciation of those body-mind systems to keep his spine flexible and his joints healthy. He was also an adjunct professor at PACE University, NYC, 2014-2017 and presently teaches at the Susan Klein School of Movement and Dance in Tribeca, NYC. Fabio maintains a busy practice making art, teaching and healing.