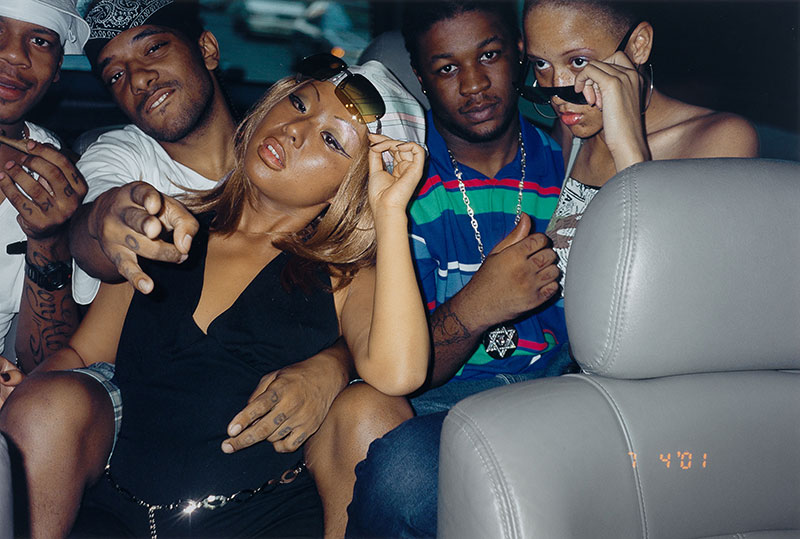 This brown bag lunch will situate six photographs by Nikki S. Lee, many from the Tang Museum’s collection, at the center of a discussion about socioeconomic class and its intersections with race, gender, ability, and other ways of understanding identity. Inspired by the Tang’s 2013 exhibition Classless Society, which included two of Lee’s photographs, the event aims to facilitate a group exploration of how one might think about identity in the current social, economic, and political context. The artworks (from her Punk, Hip Hop, Ohio, and Senior Projects) are from a body of work that Lee made between 1997 and 2001, in which she assumed the outward aesthetic and some of the observable behavioral mannerisms of a subculture, ethnicity, or demographic from within the United States. She first researched a group, then immersed herself in it for several months, before asking another person to take snapshots of her within the group. The resulting images raise complex and nuanced issues around identity.

Boxed lunches are available on a first-come, first-serve basis. Please feel free to bring your own lunch as well!

This event is free and open to the Skidmore community. Visit the Tang's event calendar for more information.