In It 4 is a suite of diversity and inclusion programs designed to raise our cultural fluency and strengthen our community.

Hindu Dharma is Justice for All

Lunch with Sunita Viswanath.  Sunita has devoted herself to building a progressive Hindu platform to take back the loving heart of Hinduism from those who espouse the Islamophobic and violent ideology of Hindu nationalism -- Hindutva -- which has dominated Hindu and Hindu American community.  By weaving together the pluralistic core of Hindu teachings with her own personal journey as a progressive Hindu and a human rights activist, Sunita Viswanath will make the case that progressive people of each faith must be part of the response to the extremists in their faith community. 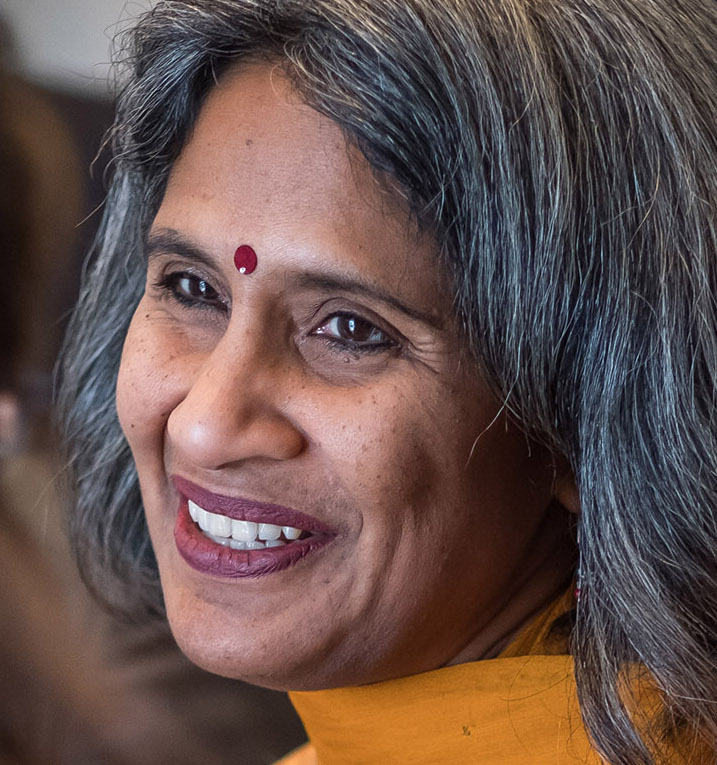 Sunita is a co-founder of Hindus for Human Rights (HfHR), a U.S.-wide civil liberties advocacy group that is committed to the ideals of multi-religious pluralism both in the United States and India, the country of her origin. HfHR is committed to opposing and challenging bigotry, exclusion and discrimination, especially on the basis of religion. HfHR engages in human rights advocacy and has strong partnerships with other faith-based civil society organizations. HfHR is committed to opposing majoritarian sectarianism in India.

Raised in South India, Sunita Viswanath’s Hindu values and beliefs inform her sense of justice and human rights. Finding that movements for justice were bereft of a Hindu voice, she co-founded Sadhana: Coalition of Progressive Hindus in 2011 to weld her human rights activism with her Hindu identity. Sadhana is now a leading platform advocating worldwide for social justice principles that are at the heart of Hinduism. She was honored at the White House in 2015 as a “Champion of Change” for her work. Sunita is also the co-founder of Women for Afghan Women (WAW), an organization started in 2001 and dedicated to protecting and promoting the rights of Afghan women and girls. Sunita has edited "Women for Afghan Women: Shattering Myths and Claiming the Future” (Palgrave McMillan), a book of essays.

Previously, Sunita worked with The Sister Fund and the Funders Concerned About AIDS. For her work with WAW, she was awarded the Feminist Majority Foundation’s Global Women’s Rights Award in 2011.