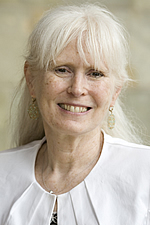 Dr. Golden's essays and reviews have appeared in Victorian Studies, Victorian Poetry, American Literary Realism, ANQ, Beatrix Potter Studies, the Victorian Web, and other journals, collections, and anthologies. She is author of Serials to Graphic Novels: The Evolution of the Victorian Illustrated Book (2017) and a regular contributor to Illustration Magazine, a British arts journal. She is a founding member of the Charlotte Perkins Gilman Society and served as Executive Director from 1998-2002. Posting It: The Victorian Revolution in Letter Writing is the winner of the 2010 DeLong Book History prize from the Society for the History of Authorship, Reading, & Publishing (SHARP). In 2012, Golden received the Faculty Distinguished Lectureship Award at Skidmore College entitled the Moseley Award and, in 2016, she was awarded an endowed chair, the Tisch Chair in Arts and Letters (2017-22). She has also published two Victorian-themed children's books, Victorian Cat Tales, Book I: The Life and Times of Rose and Leopold (2013), and Victorian Cat Tales, Book II: Rose and Leopold Living Royally (2014).