In It 5 is a suite of diversity and inclusion programs designed to raise our cultural fluency and strengthen our community. 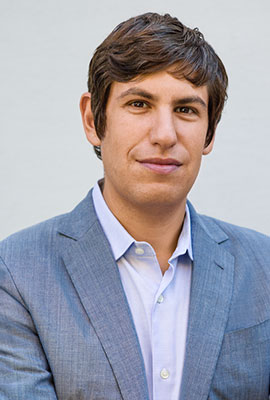 Ari Berman is a senior reporter at Mother Jones, covering voting rights. His stories have also appeared in The New York Times, Rolling Stone, The Atlantic, Politico and The Guardian. He is a frequent guest and political commentator on MSNBC, NPR, PBS and C-Span. Ari’s work has earned him an Izzy Award for outstanding achievement in independent media and a place on the FD200 – 200 awardees whose work embodies Frederick Douglass’s enduring legacy of social change.

Ari is the author of GIVE US THE BALLOT: The Modern Struggle for Voting Rights in America (finalist, National Book Critics Circle Award for nonfiction), HERDING DONKEYS: The Fight to Rebuild the Democratic Party and Reshape American Politics, and the forthcoming MINORITY RULE – about efforts by white conservatives to entrench power in the face of a massive demographic and political shift.

GIVE US THE BALLOT was named a best book of 2015 by the New York Times, Washington Post, NPR, the Boston Globe and Kirkus Reviews, and was nominated for the American Library Association’s Andrew Carnegie Medal for Excellence.

Co-Sponsored by Votemore, the Political Science Department, and the Black Studies Program