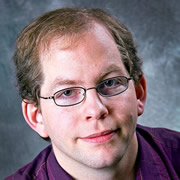 I work at the intersection of ritual and intellectual history in the Buddhist tradition, probing the close links between theory and practice, between philosophy and liturgy. As a philologist, my work focuses on the edition and interpretation of texts preserved in Chinese, Sanskrit, and Tibetan in the first millennium CE. As a scholar and teacher in Religious Studies, I seek to collapse distinctions between “premodern” and “modern,” between “elite” and “popular,” and between “West” and “East.”