The Retiree Initiative Planning Group (RIPG) is an informal group of volunteers devoted to fostering relations between the College and retirees in all employment categories.  The group keeps up communication, including this website, and helps to plan programs, events and activities for retirees.  An endowed fund to support these efforts, The Phyllis A. Roth Retiree Initiative Fund, was established in 2010 in honor of Phyllis Roth, Professor of English and former Dean of the Faculty, on the occasion of her retirement.  In June 2012 Skidmore College received a $100,000 grant from the American Council on Education and the Alfred P. Sloan Foundation for its innovative work in faculty retirement; the grant is intended to be used during a two year period on initiatives that support faculty transitions to retirement. RIPG advises the College on the use of both funds. You can read RIPG annual reports here.

RIPG keeps in touch with retiree organizations at other colleges and universities through Skidmore’s membership in the Association of Retirement Organizations in Higher Education (AROHE).

From time to time, RIPG conducts surveys of Skidmore retirees to assess needs and interests.  The results of a survey conducted in the summer of 2012 are summarized here.

You don’t have to wait for a survey to share your thoughts! RIPG welcomes ideas and participation from all retirees at any time. To send suggestions or offer to help, email RIPG@skidmore.edu.

Retirees currently serving on RIPG are:

In addition, coordination with Academic Affairs and Human Resources is maintained through the participation of the following liaisons:

Contributions to the The Phyllis A. Roth Retiree Initiative Fund are always welcome! Just indicate "Roth Retiree Fund" when you make a gift by any of the means described at the Giving website. 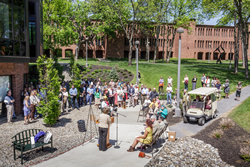 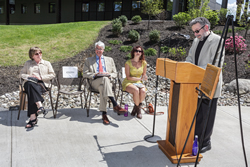