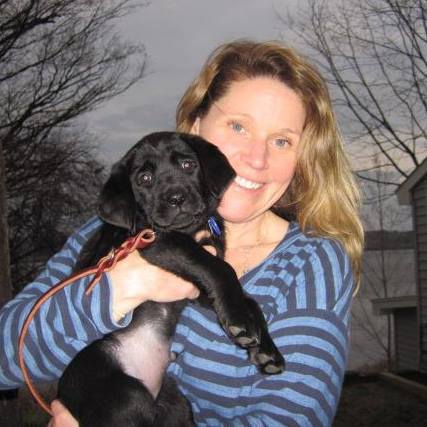 
Mary Ann earned a B.S. degree in communications from the State University of NY College at Oneonta. She joined the Office of Campus Life in 2011 and is currently the Pre-Orientation Coordinator managing all programs both on and off campus for First Year Students. Mary Ann also created a program S.O.L.E (Sophomore Outdoor Leadership Experience) which launched in August 2012. Prior to coming back to work at Skidmore she worked at The Waldorf School of Saratoga Springs for 9 years in many facets. Mary Ann was a flight attendant and was able to travel the world extensively after college. She has a passion for outdoor education and believes in the effectiveness of experiential learning. She spent 18 months raising a guide dog who is now successfully guiding in Ohio (pictured). When she is not busy at work she is enjoying time with her 3 daughters where they can usually be found doing something outdoors!

Michelle received her B.A. in American Studies from Grinnell College and  has completed post-graduate work at SUNY Albany and SUNY Plattsburgh in the field of Higher Education Management and Administration. She has been at Skidmore since 2001. Michelle worked at The Doane Stuart School in Albany, New York, as Director of Administrative services, and as a Membership and Marketing Director at the Glens Falls Family YMCA before coming to Skidmore.

As an undergraduate student, Carlos was involved in a variety of leadership experiences such as clubs, Greeklife, honor societies, intramurals, and residential life. This passion for leadership development drove Carlos’ desire to serve as an advisor and administrator in higher education.

Nicki received her B.A. in History Education from SUNY Cortland in 2007 and her M.S. in Ethnic Geography in 2009 from Binghamton University. Nicki first served as Assistant Swimming Coach for Skidmore from 2009-2011 and returned in August of 2015 in the same position. Nicki also teaches Beginning Swimming and Swim for Fitness for the Physical Activity Department on campus. During her four years away from Skidmore, Nicki served as the Head Swimming & Diving Coach/Aquatics Director for SUNY Cobleskill where her athletes broke over 50 schools records and won their conference championship during the 2015 season. Nicki is looking forward to creating a positive environment for all Club Sports and eager to work with the Club officers and students.

Schedule a meeting with Kris:https://krisleggiero.youcanbook.me

Kris received her Associates Degree in Accounting from Nassau Community College on Long Island, where she grew up. Kris joined the Skidmore staff in 2001 as the financial advisor to the Student Government Association as well as all student clubs and organizations. Kris provides oversight of the student activity fee allocations and expenditures, financial policies and procedures, as well as leadership training on budgeting and finance. Kris is the primary advisor to the SGA VP of Financial Affairs as well as the advisor to the Budget and Finance Committee.

Schedule a meeting with Parker:https://parkerdiggory.youcanbook.me

Parker's work with individual faith communities has ranged from preaching to liturgical dance to social-justice activism. She has also worked in the nonprofit sector on interreligious collaboration for peace and development. Parker's academic work includes graduate study in theology and Hebrew Bible at Emory University, where she also received her M.Div. from the Candler School of Theology. She holds a B.A. from Middlebury College, where she studied religion and theater. Her research interests include the intersections of religious texts and practice and the impact of archaeology and history on biblical interpretation. A Saratoga native, Parker enjoys being back in the Skidmore community and close to Adirondack hiking and cross-country skiing. 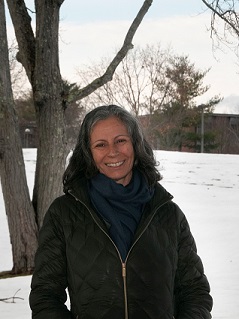 Martina has been exploring Jewish practice for decades. After rebelling from a strict traditional upbringing in the UK  in her youth, living secularly in Israel in the early '80s, and moving to the U.S. as a young mother, she fully embraced Judaism as a guiding principle for a richly spiritual and intellectually stimulating life. Martina is a keen student of Mussar, and she consistently strives as a Jewish educator to embody the balance between formal and experiential learning opportunities. She is passionate about exploring life's journey and making a difference, whether she is teaching Hebrew in the classroom, leading comparative religion workshops or leading a meditative hike. As part of the ORSL, Martina supports the Skidmore community to connect spiritually, culturally and/or intellectually in a way that serves each person's unique journey and collaborates with faculty and staff to deepen cross-cultural connections and appreciation