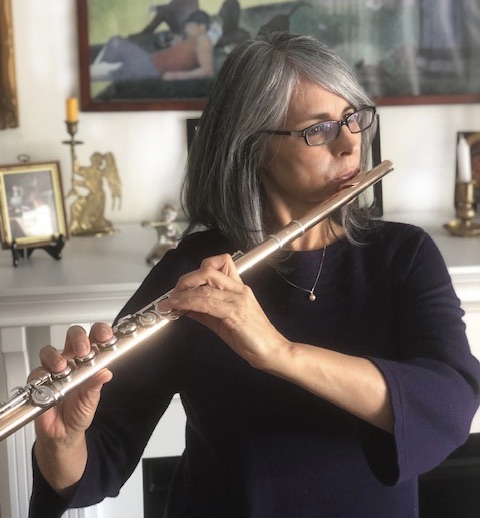 Dr. Yvonne Chavez Hansbrough is Lecturer at Skidmore College, where she teaches flute and chamber music and is principal flutist of the Skidmore College Orchestra. Additionally, she is principal flutist with the Glens Falls Symphony. She is equally at home performing all styles of music in solo, chamber, and orchestral settings. She also plays historical and traditional flutes and enjoys her collection of over fifty flutes. An international flutist, she has travelled throughout the United States, Hungary, Bulgaria, Greece, and England.

Holding a strong interest in historical flute performance, Dr. Hansbrough plays baroque flute in solo, chamber, and orchestral settings.  Her baroque flute playing was described as “haunting and memorable” (Times Union).  She performed at the Boston Early Music Festival fringe concert series, the Baroque Festival in Greenfield Center, NY, and Empire Baroque, Albany, NY. Hansbrough is a strong advocate for new music and premiered many works by American composers including Robert Baksa and Bruce Roter. She performed U.S. premieres of works for solo flute and wind band by Philip Sparke, Frigyes Hidas, a NY premiere by Alfred Reed, and a Central-European premiere by Keith Gates.

She formed the Middle Tennessee flute Society, where she attracted hundreds of flutists and teachers to festivals and master classes 1990-1999. She hosted many notable flutists including James Galway, Jean-Pierre Rampal. She continued organizing Flute Day events at The College of Saint Rose. As a two-time winner of the National Flute Association Performer’s Competition, she performed at NFA Conventions in Orlando and Kansas City, MO. She was invited to perform at the convention in Atlanta, New York, and Las Vegas. She appeared at the 2014 British Flute Society Convention in Coventry, England.

In 2003 Dr. Hansbrough founded Saint Rose Camerata, faculty chamber ensemble in residence at The College of Saint Rose. She served as Artistic Director for the ensemble until 2021. As a regionally recognized ensemble, Saint Rose Camerata was nominated for the 2019 and 2020 Thomas Edison Music Awards (The Eddies) in the Classical Artist of the Year category. The ensemble performed an average of four concerts per year to great acclaim, often appearing in feature articles and reviews in the Capital Region.