Check out our collection of Tsou Music Scholar Series Videos

The Judy Tsou '75 Music Scholars Series supports both formal and informal interaction of music students with prominent music scholars, especially in the interdisciplinary study of class, race, and gender. In grateful recognition for her Skidmore education, Judy Tsou ’75 established this series to provide long-term program enhancement for the Skidmore Music Department. Specifically, the Tsou Scholar Series provides support for the academic work of the department by inviting distinguished scholars to the Skidmore campus. Residencies include activities such as campus lectures on scholarly research that will extend academic study of music in our classrooms and intersect with related fields across campus; visits to music classrooms to engage with coursework and academic discussions; and informal interactions with students, including mentoring students (on seminar projects, senior projects and/or postgraduate plans), receptions, and meals with students. The series aims to serve as an extension of Skidmore students’ engagement with the scholarly discourse on musical topics and to introduce students to prominent scholars and their work. 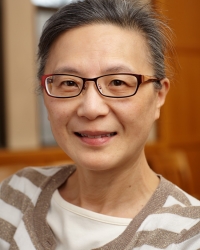 Judy Tsou ’75 is affiliate assistant professor of music history and music librarian emerita at the University of Washington. Her research interests include music librarianship and musicology. She has published widely on topics such as rights for online-only music and the William Crawford III rare music collection (in Notes: Journal of the Music Library Association, 2016 and 2017). She has also recently published articles on Puccini’s Madama Butterfly (Rethinking Difference in Music Scholarship, Cambridge University Press, 2015), and on hiring practices of women in academia in the mid-20th century (Women and Music, 2016). She is active in the American Musicological Society, where she has chaired many committees, including the Music in American Culture Award Committee and the Committee on Race and Ethnicity in the Profession. She has been elected Vice-President of the Society effective November 2018.   She has also been active in the Society for American Music, where she served on the board in the 1990s and as president-elect/president/past president from 2012 to 2016. In the Music Library Association (MLA), she served twice on the board in the 1990s and 2010s and chaired numerous committees. She also served as president of the US branch of the International Association of Music Libraries, Archives, and Documentation Centres (IAML-US) from 2008 to 2011. While President of IAML-US, she collaborated with the president of the MLA to successfully merge the two organizations, for which she won the Special Achievement Award from MLA in 2013. Other awards include the Society for American Music Citation for Distinguished Service and Scholarship (March 2017) and the Susan Koppelman Award in 1994 for her publication Cecilia Reclaimed. In November 2017 she was inducted as an honorary member of the American Musicological Society.  And in February 2018, she received a Papakhian Special Achievement Award from MLA for her work on diversity and inclusivity.