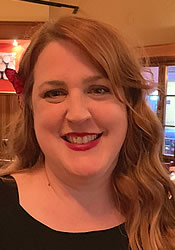 Before returning to the capital district in 2010 Susan Loegering Daves played principal bassoon in the Louisiana Philharmonic Orchestra in New Orleans from for 17 Years. For most of that time she was also on the orchestra board including serving as president of the musicians committee. While in New Orleans she taught bassoon and chamber music at Loyola and Tulane Universities. Mrs. Daves has also toured extensively with the Meliora Winds woodwind quintet including having management and being on Performance Today on NPR. Ms Daves currently teaches at Skidmore College and is principal bassoon with the Clinton, Schenectady and Catskill symphonies. She also has performed with the Albany Symphony, Glens Falls symphony and Symphoria in Syracuse. She resides in the Capital Region with her husband and twin boys.