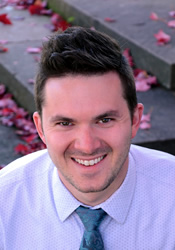 Mr. Gray earned his Master of Music degree (Voice Performance) from SUNY Fredonia and Bachelor of Arts Degree (Music/Voice) from Bethany College. Gray has also studied with Wanda Brister and performed as a soloist at the Schlern International Music Festival in Völs am Schlern, Italy.

Mr. Gray is in demand as a voice teacher, vocal coach, and accompanist for various programs throughout the Capitol region. Currently he serves as Organist at Jonesville United Methodist Church and is a member of the voice faculty at Skidmore College and St. Rose College.