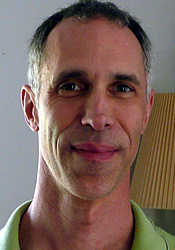 Eric Latini has been playing the Trumpet professionally since the age of 15. He studied at the New England Conservatory of Music in Boston MA where he received his BM in Trumpet Performance. He has studied with Principal Trumpeters from various orchestras including the Boston Symphony, Philadelphia Orchestra, and the New York Philharmonic. Eric has given solo performances with the Grammy Award winning Albany Symphony as well as other Ensembles. He can be heard on various recordings on the Tel-Arc, EMI and Albany Record labels. Mr. Latini currently performs with the Albany Symphony Orchestra and has premiered many new works with this ensemble. Eric has had the privilege to perform with some of the greatest artists of our time. Including Yo-Yo Ma, Itzhak Perlman, and Luciano Pavorotti. He is the Trumpet Professor at Skidmore College and the College of Saint Rose and maintains a busy schedule as a Freelance and Chamber musician.
Eric now resides in Colonie, NY where he teaches privately.