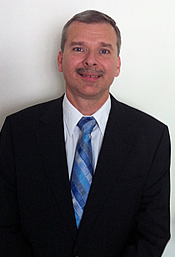 Milton Lee completed his fifth tour with American Music Abroad where he served as conductor for the AMA Symphonic Band. Over the past five years they gave over 40 performances in France, Germany, Austria, Italy, Croatia, Czech-Republic, and Slovenia.  He recently served as conductor for the Eastern U.S Music Camp at Colgate University and has conducted numerous All-County festivals in the Up-State New York area. He is currently completing his twenty seventh year of teaching.

He earned his bachelor’s degree from the Crane School of Music where he studied conducting with Brock McElheran, and served as assistant conductor under Dr. Rebecca Covel. He also studied composition with Elliot DelBorgo and Stewart Saunders Smith.

He has been an active freelance trumpet player since 1988 and has performed with Glens Falls Symphony, and the Capital Region Wind Ensemble. He also performed and arranged for Hamilton St and the Joey Thomas Big Band and currently plays with the North Country Jazz Project.