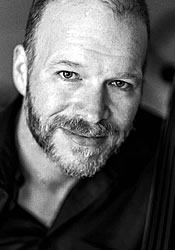 Cellist Jameson D. Platte maintains an active career both as a performer and a teacher. He is currently a member of the critically acclaimed Duo 92 with pianist/composer Matthew Quayle, the Omega Trio, principal cellist of the The Orchestra of Northern New York, The Plainfield Symphony, Bachanalia Virtuosi, Chelsea Opera, Garden State Philharmonic and the Allentown Symphony. As faculty at Skidmore College, he teaches cello and chamber music. Mr. Platte works extensively as a clinician, guest conductor and cello coach, performs as a soloist and maintains a large private studio. He is in constant demand as a guest principal cellist throughout the northeast. A frequent recitalist in New York City, he has been featured in Carnegie Hall, Merkin Hall, St. Patrick’s Cathedral, Lincoln Center and the 92nd St. Y, among others. His recitals have been heard throughout North America, South America, Europe, Asia and Australia. Mr. Platte is Artist/Faculty at the Atlantic Music Festival.

Mr. Platte attended the Brevard Music Festival as a teaching assistant where he won the concerto contest. He also attended the Blossom Chamber Music Festival where he played principal cello under Leonard Slatkin. Mr. Platte has been a member of the Tuscaloosa Symphony (under Louis Lane), the Alabama Symphony and the Huntsville Symphony. He has recently been a featured soloist with the Allentown Symphony, Glens Falls Symphony, Maplewood Society of Musical Arts Orchestra, Central Jersey Symphony, Monmouth Symphony, Plainfield Symphony, Bachanalia Virtuosi and the Stokes Forest Festival Orchestra, among others. Recent international residencies have included performances in China, Korea, Germany, Italy and the United Arab Emirates. His recordings of contemporary music may be heard under the Koch International, Seedmusic, Naxos and Albany labels. Mr. Platte’s principal teacher was Carlton McCreery; he has also pursued studies with such teachers as Lynn Harrell, Mstislav Rostropovich, Harvey Shapiro, Heinrich Schiff and Anner Bylsma.

Mr. Platte plays on cellos by Hannibal Fagnola (1925) and Andrea Amati (1572) as well as bows by François Xavier Tourte and Dominique Peccatte.

“What made the performance of this wonderful work was the absolutely spell-binding playing of cellist Jameson Platte. The composer provided a terrific platform for a cello virtuoso, and Platte excelled.”
Vox Views and Reviews

“Mr. Platte’s soulful rendition was a lesson in rich cello sound and expressiveness. His sound poured forth to the furthest seat of the balcony”
The Chronicle

“Mr. Platte’s pedigree as a cellist was on full display. He gave the (Bach) the rhythmic fluidity of Pablo Casals, tempered with restrained elegance and grace. Bravo.”
Times Union

“an extraordinarily soulful and passionate performance by cellist Jameson Platte.”
The Morning Call