"Ha ha breaths" can get you far

The cast and crew of Atlanta, including Zazie Beetz '13, earned the 2017 Golden Globe for Best Comedy or Musical. 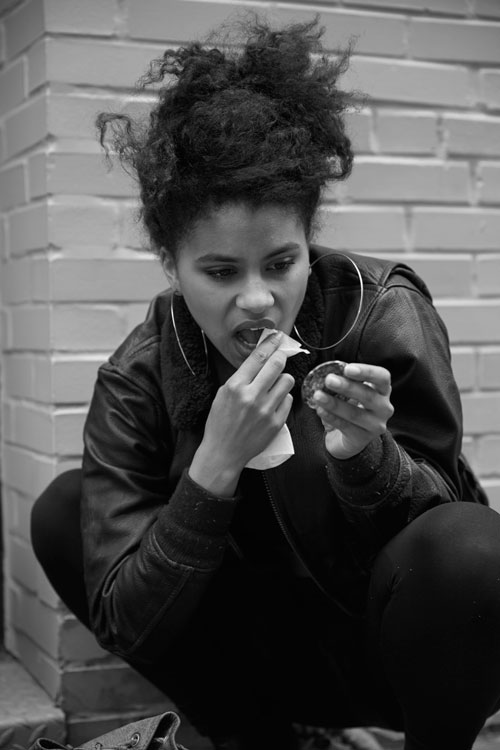 Turning on the TV and seeing herself is still “a surreal experience” for prolific actor Zazie Beetz ’13. She’s starring in the much-anticipated show Atlanta, written and produced by Donald Glover and set to premiere on FX on September 6.

Rapper, director, and actor Glover is known for his appearances in 30 Rock, Community, The Martian, and more. His Atlanta is a half-hour comedy featuring cousins Earn Marks (Glover) and Alfred Miles (Brian Tyree Henry) trying to gain traction in the Atlanta music scene. Beetz plays Vanessa “Van” Keifer, Earn’s on-again-off-again girlfriend. She has also appeared in the Netflix series Easy, Love & Pipes, Tied Up Tied Down, and Slice, but she says her role as Van “has received the most buzz.”

Although this may be her biggest role to date, Beetz knows there’s more to come. She says the project feels small, since it hasn’t yet been seen by the public: “All that’s going on now is a few more Instagram followers,” she jokes. But she adds, “This is definitely a project bigger than myself, even though it does still feel intimate.”

At Skidmore, Beetz earned a BA in French but was always heavily involved in theater. In her freshman year, she recalls, Professor Alma Becker “cast me in the mainstage production, and I felt so honored!” From that moment, Beetz took advantage of opportunities beyond the coursework prescribed by her degree.

She says she continues to use the lessons learned in acting and camera courses at Skidmore—even in her screen test for Atlanta. Fighting through her nerves while reading with Glover, she admits, “I still use my ‘ha ha’ breaths. Anyone who has taken Kate Kelly Bouchard’s class will know what I mean!” Beetz is thankful for the community of classmates and professors who allowed her to explore her passions, and who continued to support her after graduation.

“With Skidmore’s education I was able to humor another huge part of myself,” she explains. “I suppose that’s the beauty of a liberal arts school.” 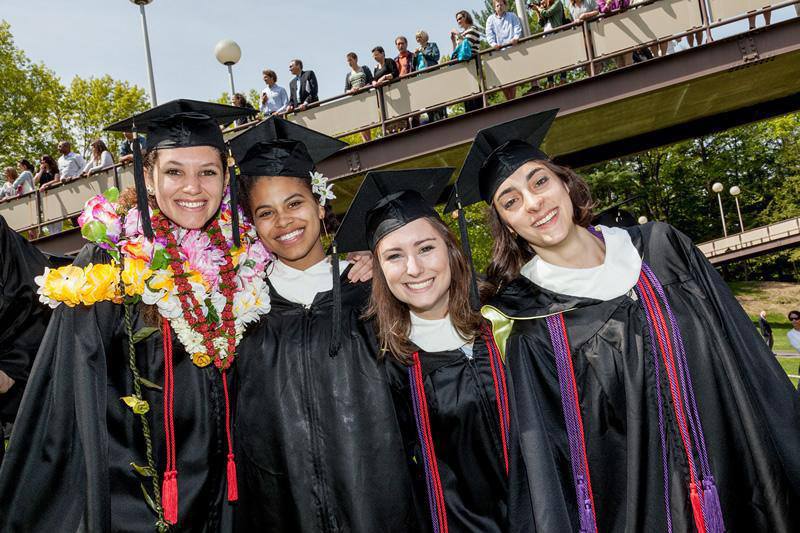 Photo essay: Excited to be back on campus
The entire Skidmore community is enjoying the start of a new academic year filled with dynamic courses, athletics competition, beloved traditions, and — most of all — the return of all students, staff, and faculty to campus.
END_OF_DOCUMENT_TOKEN_TO_BE_REPLACED
Sep 22 2021

Thoroughbreds triumphantly return to competition
Our fall athletes have been waiting a long time to be back on the field after the 2020 season was canceled. Without missing a beat, they've returned in full force and are racking up the wins.
END_OF_DOCUMENT_TOKEN_TO_BE_REPLACED
Sep 15 2021