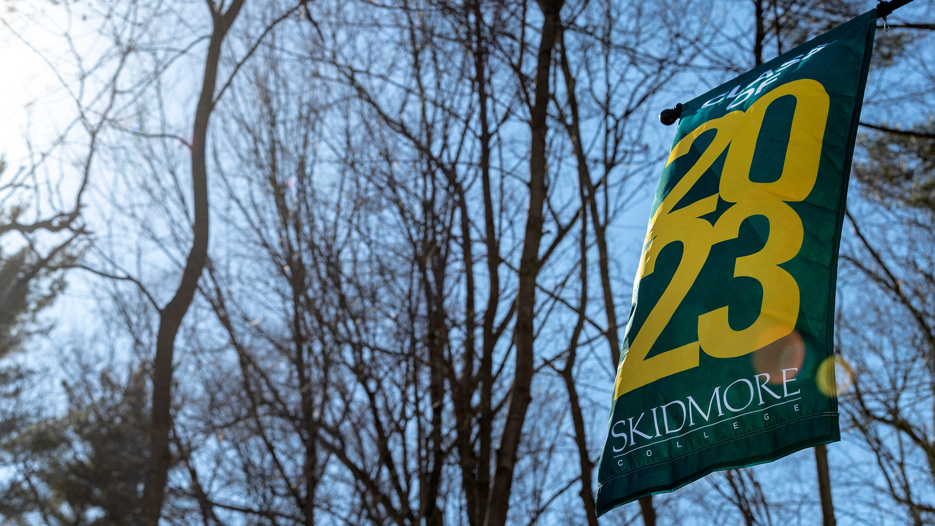 The number of applicants for the incoming class at Skidmore College has climbed in each of the past four years. This year, Skidmore received 11,050 applications, the largest number in the College's history.

Applications from domestic students of color also continue to grow, increasing from 20% to 34% of Skidmore’s applications over the past decade.

"It is gratifying that so many students from across the country and around the world are interested in coming to Skidmore,” said Mary Lou Bates, vice president and dean of admissions and financial aid.  “We look forward to hosting hundreds of prospective members of the Class of 2023 when accepted candidates visit or revisit campus as they make their final decisions.”

Skidmore has a target of 710 students for the Class of 2023. Each year, Skidmore offers 36 students the opportunity to begin their college experience in the College’s First-Year London Program. Accepted candidates have until May 1 to enroll.

Skidmore is consistently named as one of the nation's best liberal arts colleges by  U.S. News and World Report, and the College has recently been featured on the Forbes lists of America's Top Colleges, America's Best Value Colleges and America's Most Entrepreneurial Colleges.

An affirming moment of joy
With appeals for social justice and charges to change the world — without forgetting to pause for moments of joy — Skidmore College conferred 589 degrees to the Class of 2022 during the College’s 111th Commencement Exercises.
END_OF_DOCUMENT_TOKEN_TO_BE_REPLACED
May 23 2022

Your guide to Skidmore's academic regalia
At Commencement, Skidmore grads don colorful and symbolic regalia to celebrate their personal journeys and creative accomplishments. Here’s your guide to the story each piece tells.
END_OF_DOCUMENT_TOKEN_TO_BE_REPLACED
May 19 2022

Dear Class of 2022 ... Love, Skidmore
A tribute to the members of the Class of 2022 from some of the people – Skidmore faculty and staff – who witnessed and supported, their remarkable growth, perseverance, and success.
END_OF_DOCUMENT_TOKEN_TO_BE_REPLACED
May 18 2022
More News