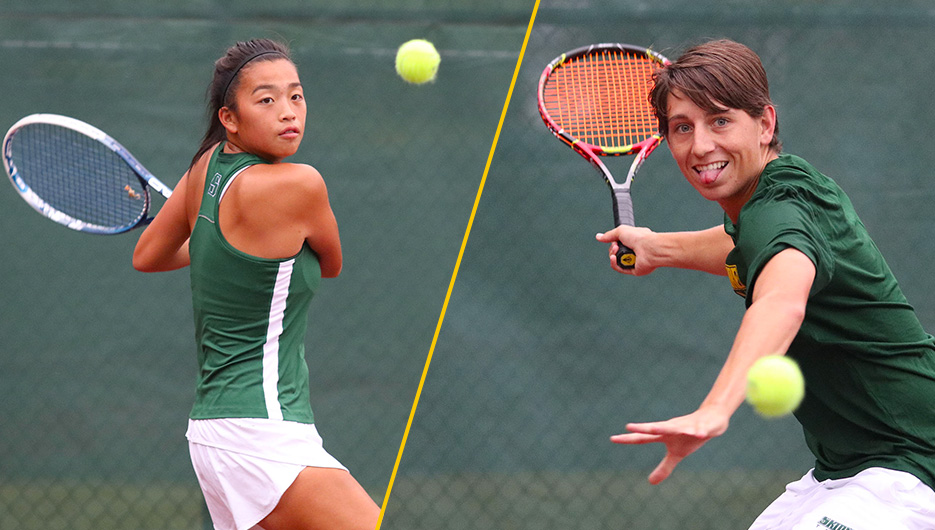 Audrey SooHoo and JT Wynne were named Most Outstanding Players in the women's and men's tennis Liberty League Tournaments. 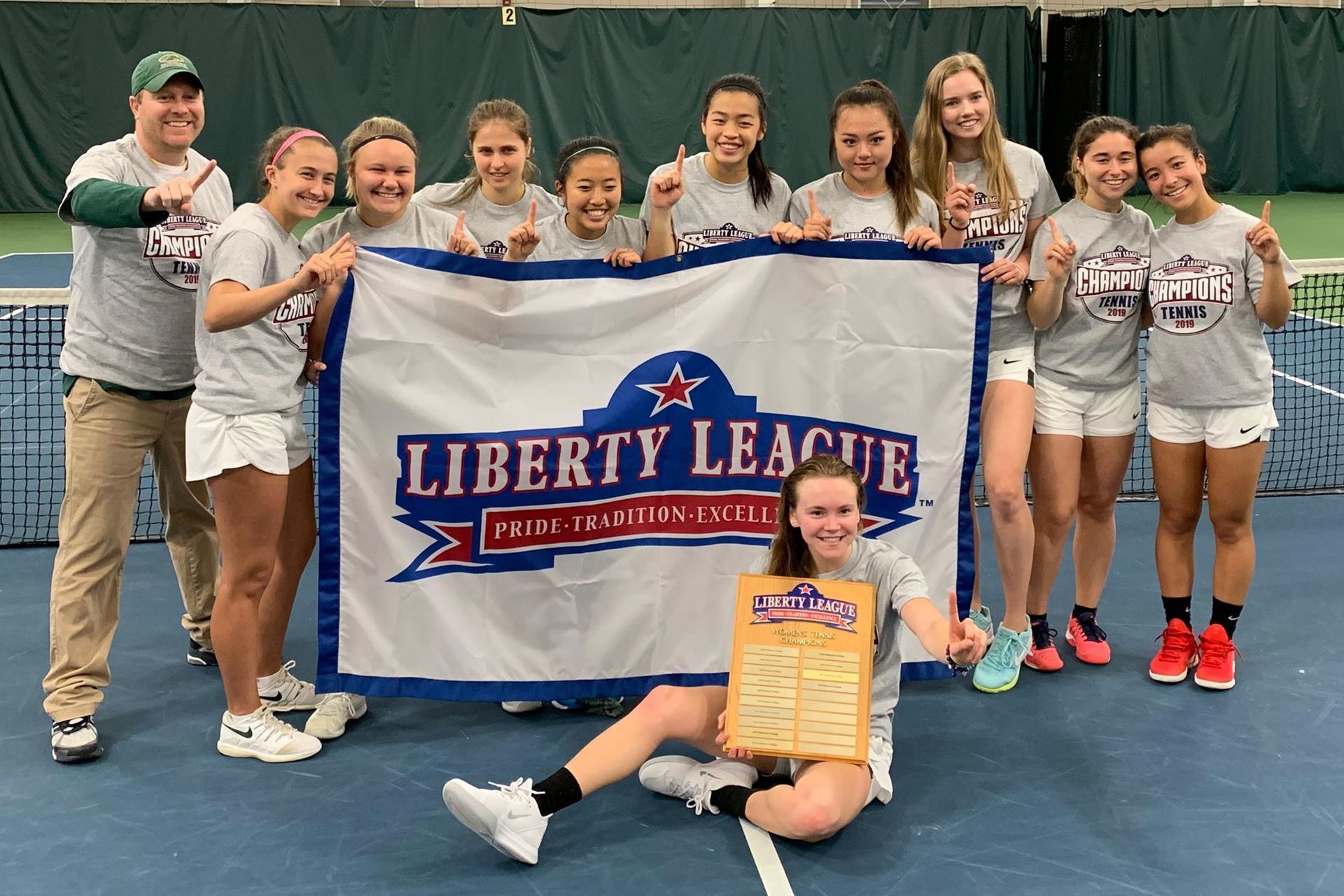 Jessica Ampel and Audrey SooHoo got things started with their victory at second doubles, defeating Sarra Yekta and Melina Stavropoulos 8-2. At the top spot, Renee Karchere-Sun and Risa Fukushige, the region's No. 2 team, defeated Frances Cornwall and Tara Edwards 8-4. Vassar would thwart the Skidmore sweep, as their team of Morgane Flournoy and Ashley Fair defeated Lily Feldman and Sofia Carlsson 8-5.

The teams battled during singles, with Vassar putting up a valiant fight. Dea Koiava got the Thoroughbreds on the board in singles action, defeating Yekta 6-0, 6-2. Feldman recovered to put Skidmore on the brink of victory with her 6-0, 6-1 victory over Stavropoulos. 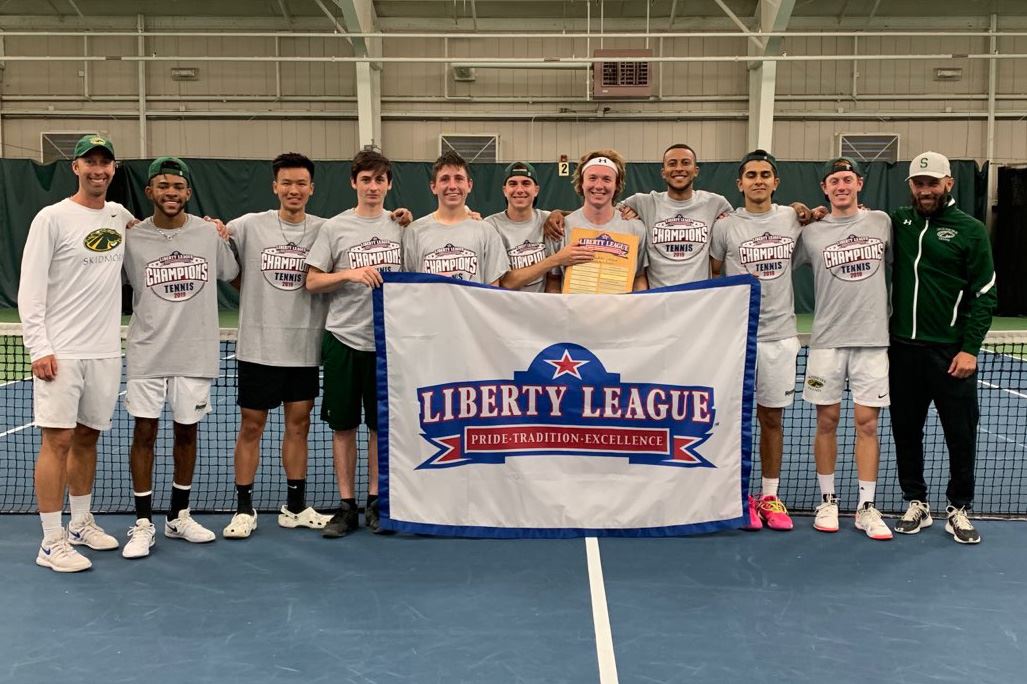 The 17th-ranked men's team is back on top of the Liberty League after avenging last season’s loss to the second-seeded RPI Engineers in a 5-0 championship match.

In doubles, Jack McClaren and Jason Keye got Skidmore on the board with an 8-2 win. Travis Leaf and Suraj Mahtani held off Dylan Payne and Zach Ebenfeld 8-6. The first doubles match was a classic effort from both teams, but JT Wynne and Noah Williamson, the sixth-ranked doubles tandem in the Northeast region, defeated Sebastian Castillo-Sanchez and Andrew Imrie after winning the tiebreaker, 8-7 (7-5).

Moving to singles, Connor Biernat put Skidmore on the verge of a championship with his 6-1, 6-1 victory over Ebenfeld. Wynne, the Liberty League Tournament's Most Outstanding Player, put the finishing touches on the match with his second victory over Castillo-Sanchez this season. The fourth-ranked player in the Northeast region took down No. 16 Castillo-Sanchez in straight sets, 6-2, 6-4. McClaren and Williamson led in the second set of their matches as Wynne clinched the match for the Thoroughbreds.

Skidmore honors graduates during live Commencement
Skidmore conferred 647 degrees in a live, virtual Commencement ceremony on Saturday, May 30.
END_OF_DOCUMENT_TOKEN_TO_BE_REPLACED
May 30 2020

Congratulations to the Class of 2020
Economics, history and psychology professors, deans, advisers, administrative assistants and even Doodles the dog send their best wishes to graduates.
END_OF_DOCUMENT_TOKEN_TO_BE_REPLACED
May 30 2020
More News