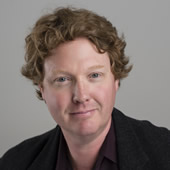 To help 21st-century students learn about the recent past, an alumna and her husband have endowed the Harriet Johnson Toadvine '56 Chair in 20th-Century History. In honor of her 60th reunion, Harriet and Steve Toadvine worked with Skidmore's gift-planning director to establish the $2.25 million fund through a combination of outright gifts and a bequest in their estate plan.

The first Toadvine Professor, announced this summer, is Matt Hockenos, a specialist in 20th-century European history. The author of A Church Divided: German Protestants Confront the Nazi Past, he has earned Fulbright, Mellon, and other grants for his scholarship. Through the US Holocaust Memorial Museum, for example, he researched the Society for the Promotion of Christianity among the Jews, analyzing Nazi anti-Semitism and missionary attitudes.

Hockenos says the donors feel strongly about "helping students understand the two world wars, the Holocaust, the Cold War, economic globalization, and American ingenuity—all of which have shaped their lives whether they know it or not." By establishing the professorship, he says, their gift is "sure to have an important impact on the historical literacy of the next generations of Skidmore students."

In just a few years, students entering college will be the first cohort not born in the 20th century. The donors hope that the new chair, funded by interest from their endowment in perpetuity, will enable a wide range of students to apply history's lessons to address current and future challenges.